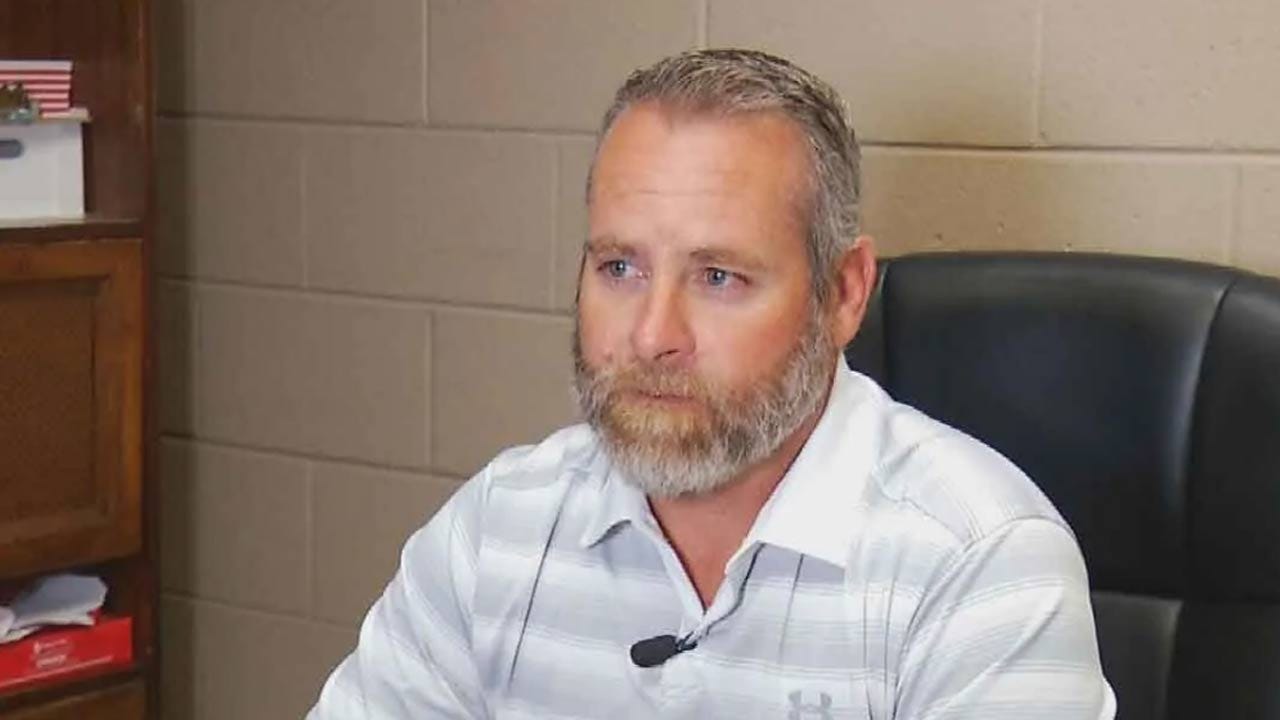 A Mannford police officer has been arrested on suspicion of murdering his boss, Police Chief Lucky Miller.

News On 6 confirmed Miller's death Monday morning. Miller was killed Sunday night in Florida where the men were attending a training on child abuse investigations, according to authorities.  Police were called to the Hilton at Pensacola Beach around 9:50 p.m.

Detective Michael Patrick Nealey is in custody on suspicion of murder, according to Escambia County Sheriff's Office.

ECSO said the two men got into a fight, and Miller died from his injuries.

Nealey, 49, is being held without bond. He is an Oilton resident who has been with the department since 2015.

Mannford Mayor Tyler Buttram said Miller, 44, has been with Mannford Police Department since 2007. He leaves a wife, Amber, and three children.

Miller was from Stroud and served as the police chief there for almost 10 years.

"We are heartbroken by the news," Mayor Buttram said. "Please keep both families in your prayers as we work to move forward."

Buttram said the police department is distraught after hearing the news, and people in town are in shock. He said they are thankful for the support that's been given to the department since the tragic incident.

News On 6 photo of Mike Nealey at a Mannford Police Department training: