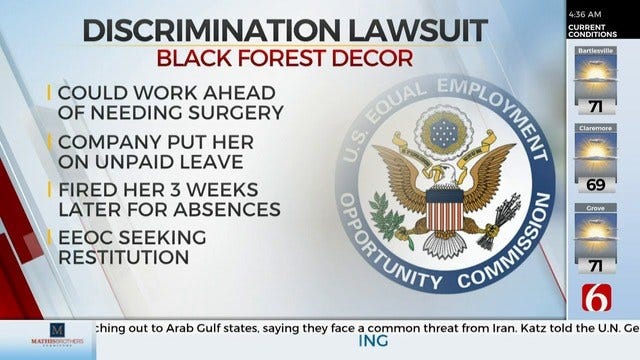 The U.S. Equal Employment Opportunity Commission is suing a Jenks based company for forcing a worker to take unpaid leave and then firing her.

The suit says an employee at Black Forest Decor's Enid warehouse told the company last year she would need surgery, but could keep working until it happened.

The company reportedly put her on unpaid leave, saying they could be liable if anything happened to her.

The commission is seeking back pay, damages and either reinstatement or additional pay for the employee.

Black Forest has not responded to a request for a comment on the case.