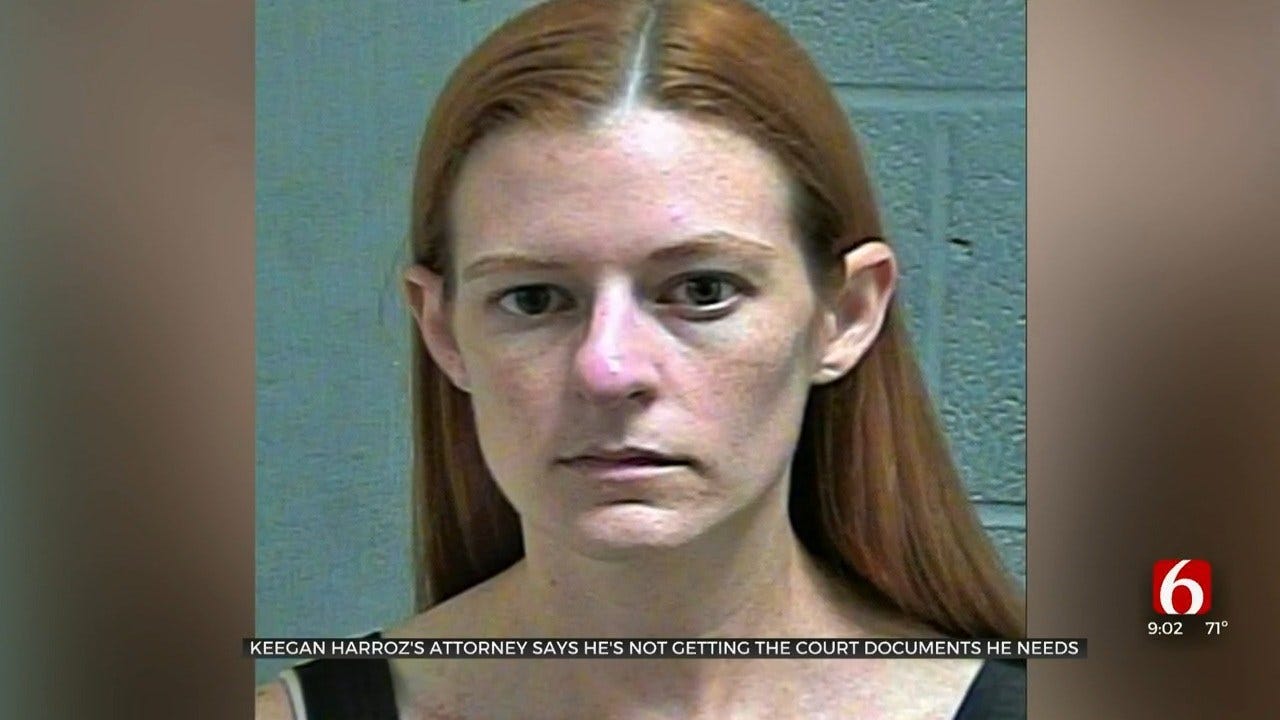 We’re hearing from the attorney of a woman accused of intimidating one of the Beggs triple homicide victims before her murder, which happened more than three weeks ago.

It comes as investigators serve search warrants connected to the case in Oklahoma and Texas. Keegan Harroz’ attorney says he’s being left in the dark while his client sits in the Okmulgee County jail.

A family member found husband and wife Jack and Evelyn Chandler and their daughter Tiffany Eichor dead on Sept, 7 from gunshot wounds.

In June, Eichor filed a protective order against her ex-boyfriend Barry Titus, saying he abused her for years.

Titus' lawyer in those cases, Keegan Harroz, was arrested on Sep. 13 in Oklahoma County on a warrant issued by Okmulgee County.

Jarrod Stevendon, Harroz's attorney, said she was moved to the Okmulgee County jail Friday, and is being held on a $1 million dollar bond for a complaint of intimidation of a witness - that witness being Eichor.

"It's clear the bond has nothing to do with the intimidation," Stevenson said. It has to do with their allegations that she's involved with the homicides in Beggs."

Three search warrants have been served two at Harroz's home and office in OKC and one at her relatives' Collin County Texas home.

The Texas warrant alleges Harroz and Titus "committed the offense of capital murder" in Beggs and requested a search for "guns, cell phones, surveillance video and bills."

Stevenson says he is being denied public court documents and that Harroz has no connection to the homicides.

"It's unfair to us. We have no idea what their evidence is or the strength of it," Stevenson said.

He believes the district attorney's office is building their case and that's why they've sealed the document.

"We look forward to proving our innocence at trial."

Stevenson said Harroz has an arraignment and bond reduction hearing set for Friday in Okmulgee.