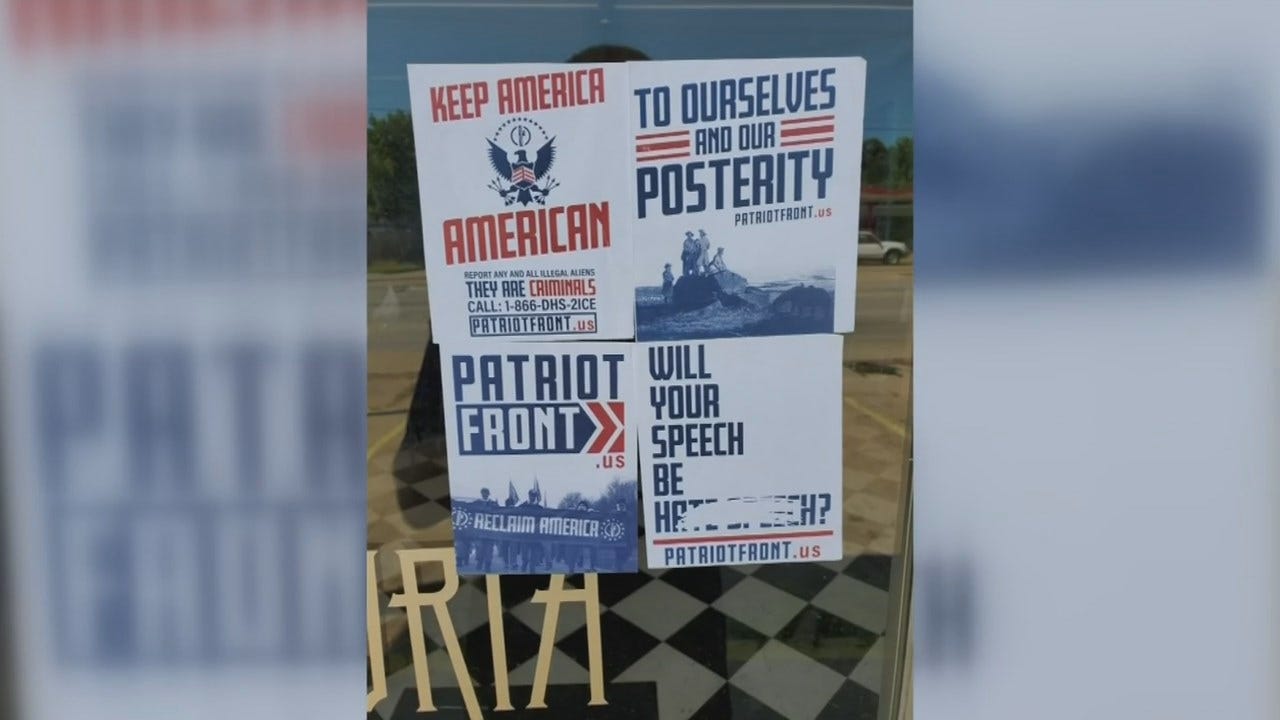 A book store owner said his business was targeted because of his political beliefs.

Shannon Iwanski said he found stickers on the front door of his book store that he said were threatening.

"The better dead than red sticker we found near the sign that is advertising our drag queen story hour,” Iwanski said.

That sticker is just one of five stickers Iwanski said he found on the front of his bookstore, Phantasmagoria Books and Records.

"I view the speech that these people have as harmful to not only fellow Americans but to myself and the people who frequent this shop,” Iwanski said.

Their manifesto said democracy has failed our nation, and their mission is to return to the tradition of our forefathers.

"I am all about free speech but when you are spouting hatred toward people that you are never going to meet, and you're never going to get to know, then there has to be a line drawn for that,” Iwanski said.

Iwanski said he's owned the bookstore for three months and this is the second time something like this has happened.

He said he feels targeted because of his beliefs.

"We've got pride flags on the wall, the counter, for the register, everywhere. I mean, we sell literature that supports the messages that we want," Iwanski said.

He wants his store to be a positive environment for everyone.

"We are supporting this message of love, inclusion and acceptance, and that is exactly opposite of what this group is trying to tell other people to be,” Iwanski said.

News On 6 reached out to Patriot Front to see if members of their organization put the stickers on the bookstore but haven’t heard back.