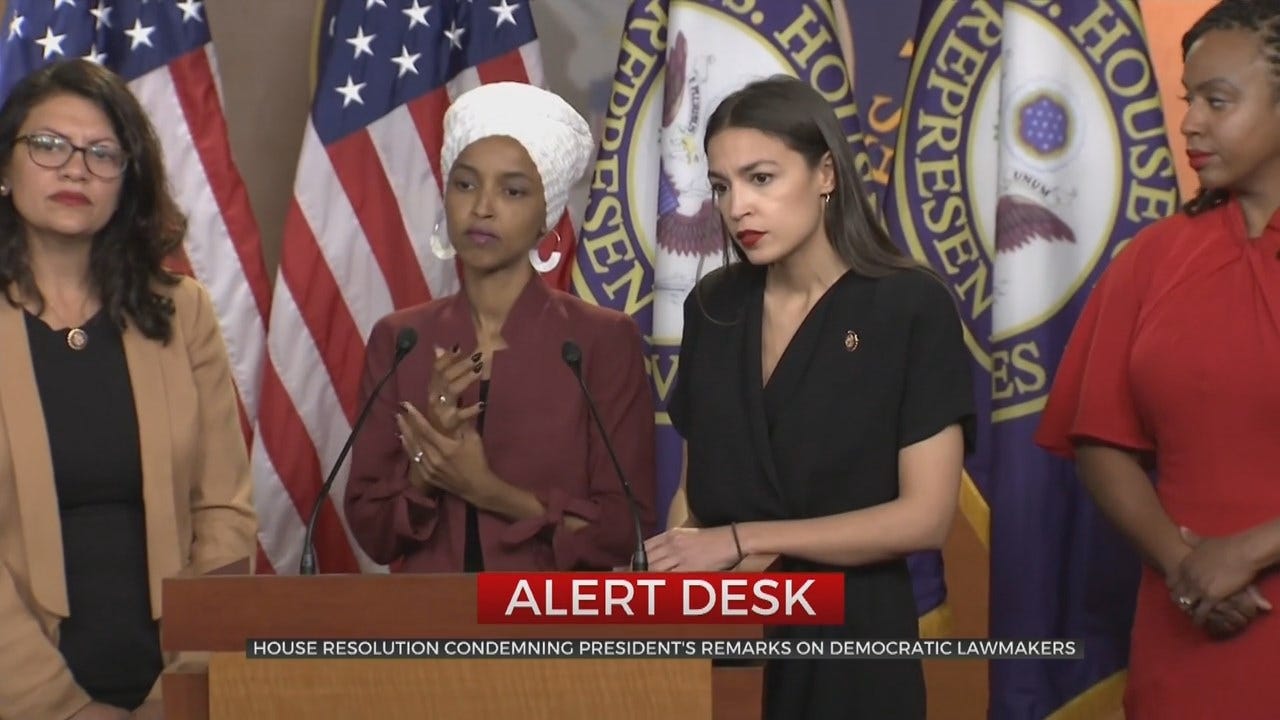 The House of Representatives has prepared a resolution condemning remarks made by President Trump about four Democratic lawmakers.

President Trump is doubling down on his criticism of that group of first-term congressional Democrats.

All four are women of color and outspoken critics of the White House.

"If you hate our country, if you're not happy here - you can leave. And that's what I say all the time. That's what I said in a Tweet, which I guess some people think is controversial. A lot of people love it, by the way" said President Trump.

On Twitter this past weekend, the President said the congresswomen should go back to the "broken and crime infested countries they came from."

Yesterday, the women responded to the President's comments.

"This is the agenda of white nationalists" said congresswoman IIhan Omar.

Many democrats weighed in on the President's remarks.

Senate Minority Leader Chuck Schumer called on GOP leaders to stand up to the President.

But House Minority leader Kevin McCarthy accused Democrats of 'playing politics' by trying to force a vote on a measure to condemn the president's statements.