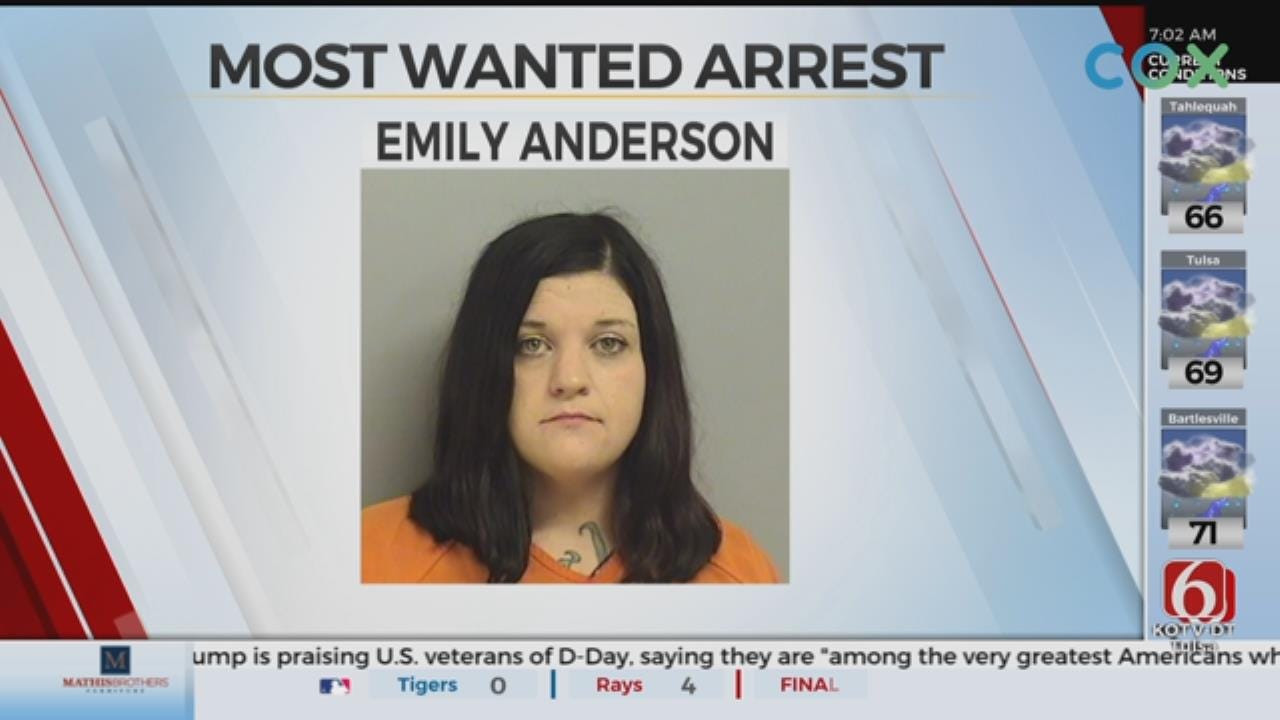 One of Tulsa's most wanted is now behind bars after being on the run from police for nearly three weeks.

Emily Anderson was one of Tulsa's most wanted and police were offering an award for her arrest.

She managed to escape police twice, but they tracked her down Thursday.

Police say they got information that Anderson was a suspect in an armed robbery In Sand Springs that happened on May 18th.

Police say they first tried to pull over the stolen car she was driving near 1st Street and Zunis, but Anderson took off after a traffic stop and got away.

Police spotted her car again at a QuikTrip off Admiral Place and Delaware about two weeks later.

They arrested three of her passengers, but Anderson got away once again.

Then Thursday--June 5th--someone called police to tell them they saw Anderson get dropped off at Rib Crib on Harvard and 16th where they arrested her.

Police booked Anderson into the Tulsa County jail and she's being held on a $50,000 bond for robbery.