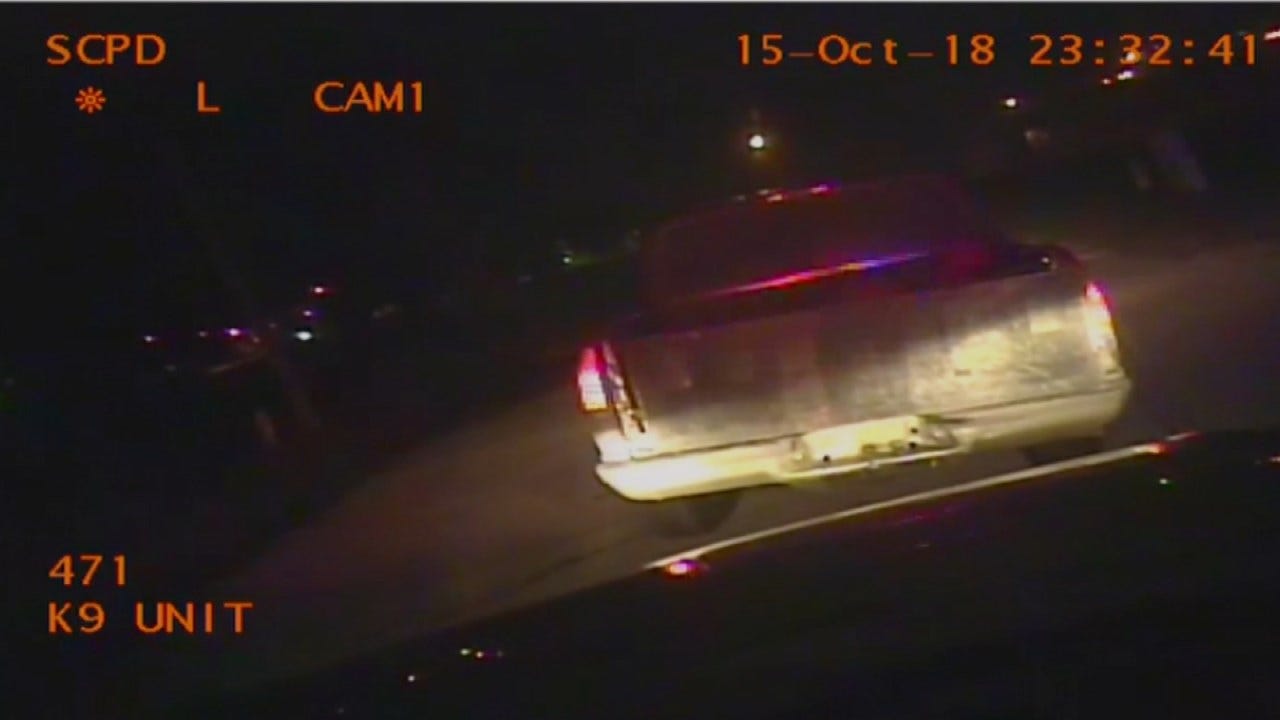 South Coffeyville police are looking for a fugitive who nearly ran over one of their officers during a traffic stop.

The whole thing was captured on dash and body cam video.

The traffic stop started because of an expired tag, but quickly went downhill when the suspect, Eric Whitney, didn’t have a valid driver’s license or insurance, in addition to the warrant, and he didn’t want to go back to jail.

Captain Jason McClain says he tried to de-escalate the situation, but Whitney wasn’t having it and, in his getaway, clipped McClain’s arm.

“I should have tased him long before he took off,” said McClain.  “I was trying to talk him down.”

The short pursuit went through peoples’ yards and over sidewalks until Whitney hit some railroad tracks with such force that it ripped off his back axle.

Whitney managed to get away and, in addition to the warrant, now faces additional charges.

Captain McClain says he’s glad he was able to jump out of the way rather than be run over when Whitney took off, and it’s a reminder how quickly something simple can turn into something dangerous.

“You never know what somebody will do to keep from going back to jail,” McClain said.

Police consider Whitney to be armed and dangerous and ask anyone who sees to call 911.