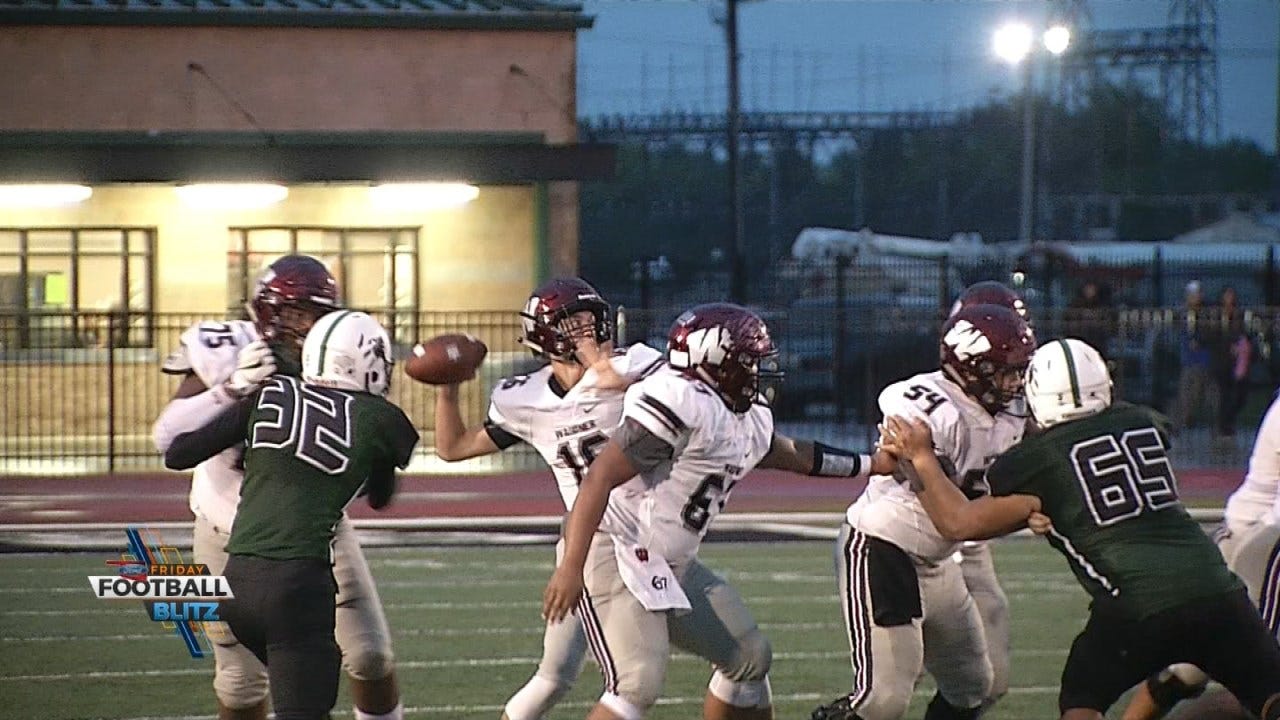 It was a battle of unbeaten teams on Friday as Catoosa faced off with Wagoner.

Both these teams played well, and both remain in the hunt for a district title.

The crowd was a bit sparse in Catoosa, you thank the weather for that but the Indians came out hot.  On the first drive, Daniel Queen hops and skips his way in from 12 yards out to put Catoosa up 7-0.

Later tied at 7 the Bulldogs went to the air which was a rarity in this game. Sawyer Jones let it go to Ashton Bartholomew for a 42-yard touchdown and it's Wagoner up 14-7.

But Catoosa fires back as Queen scores again, his second of the night making it 14-all.

Wagoner would go to the sky again later in the game for a 40-yard touchdown in another Jones to Bartholomew connection.