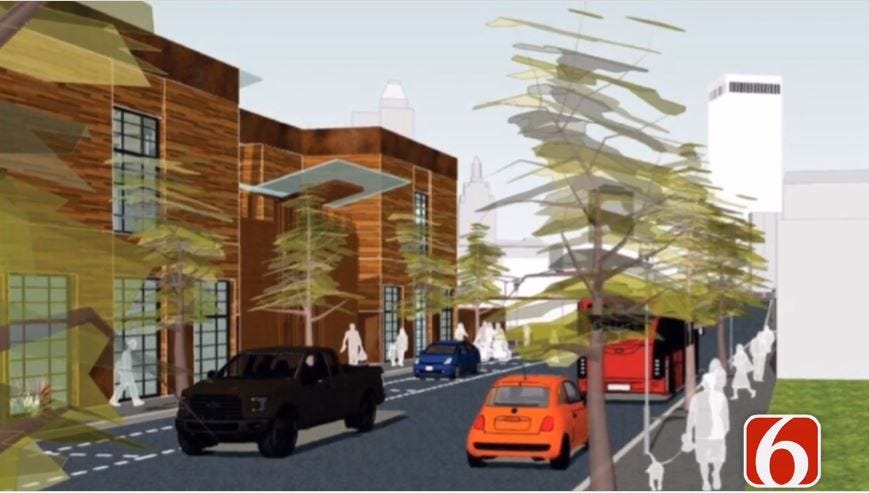 The Tulsa Planning Commission approved a zoning change to a small plot of land just outside of downtown Tulsa, which paves the way for new development.

As downtown fills up, areas near 3rd and Peoria, just outside of the Inner-Dispersal Loop, are now being eyed by developers.

"We said, 'Ya know what? We're going to buy this and see what we can do with it,'" said architect and developer Subha Sridharan.

Wednesday, the planning commission voted in favor of rezoning the 5,000 square feet of land near 3rd and Peoria into mixed use. Now, they are one step closer to two levels of retail and apartment space in a somewhat under-utilized area of the Pearl District.

But there is a lot planned for that part of town regarding bicycle plans, rapid transit and new development.

“In other big cities, neighborhoods such as this would've been snatched up and developed in a heartbeat. We have all of this potential still waiting to be explored," Sridharan said.

There isn't much left within the IDL as far as land to build new; it’s all been bought, with many of those projects underway.

And buildings that already exist have been picked over as well.

"We are starting to work our way through the old buildings that are out of service or not fit for use and investors have kind of gobbled those up,” said Matt Reese with CBRE.

The natural flow of development will most likely be seen in neighborhoods surrounding downtown, like the Pearl District.

“It is fantastic what is happening, and the same things we've seen in other markets, like Austin,” Reese said.

"Somebody is going to do it, why not us? And, hopefully, this will incentivize other people to do similar developments in this area,” said Sridharan.

Now that they passed the re-zoning hurdle, once construction begins the developers hope to have the project completed 10 months later.