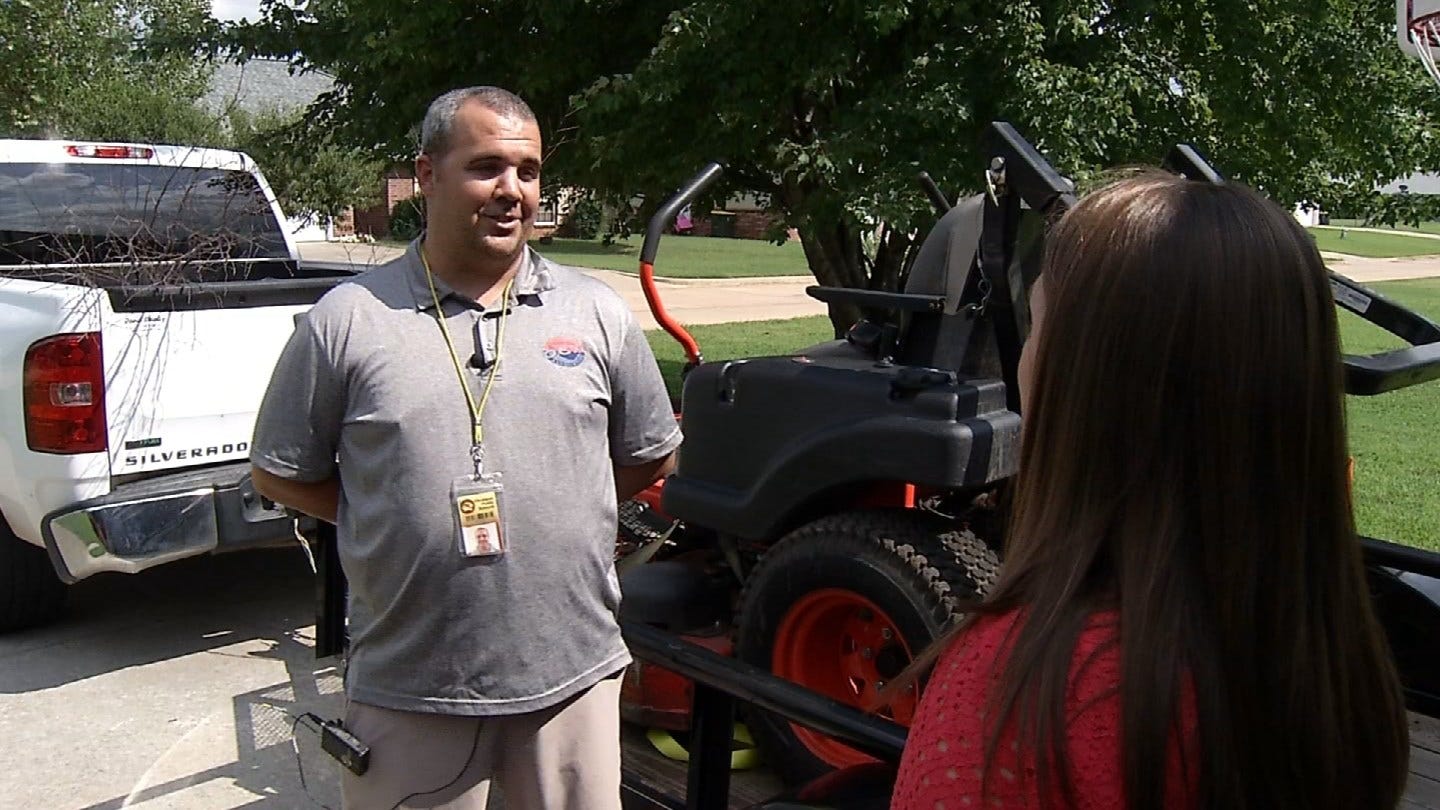 A Cleveland teacher says he knows exactly where his stolen lawn equipment is but says he can't get it back. Like many teachers in Oklahoma Daniel Brimmer works a second job.

“Until wintertime hits, almost every evening after school we'll be mowing lawns, Saturday all day and after church on Sunday," said Brimmer

But right now, his weed eaters are sitting at a pawn shop at 14th and Denver and his blowers are at another store near 11th and Memorial.

"I wish I could go in there and pick them up, but they want me to pay the full price of what they pawned them for," said Brimmer.

Ultimately, it will be up to a judge to decide what is fair. For now, police say the $3,000 worth of equipment is on hold meaning no one will be able to buy it.

Brimmer says he was mowing near 36th and North Peoria earlier this month and when he went to get more tools he realized they had disappeared from his trailer.

"It sounds crazy, but I was just heartbroken because that is the money that I use to go on vacation, to do those little things, school clothes, extra things for my kiddos," said Brimmer.

Police say the fact that Brimmer knew the serial numbers for his equipment made a huge difference in the case. And the folks letting Brimmer borrow equipment right now are making a difference for him.

"Frustrated that I can't get it in my hands. I'm ready to go pick it up but ready to be done with it," said Brimmer.

A judge is expected to make a decision in the next week or two on whether the teacher will have to pay to get his equipment back, or if the pawn shop should give it back.