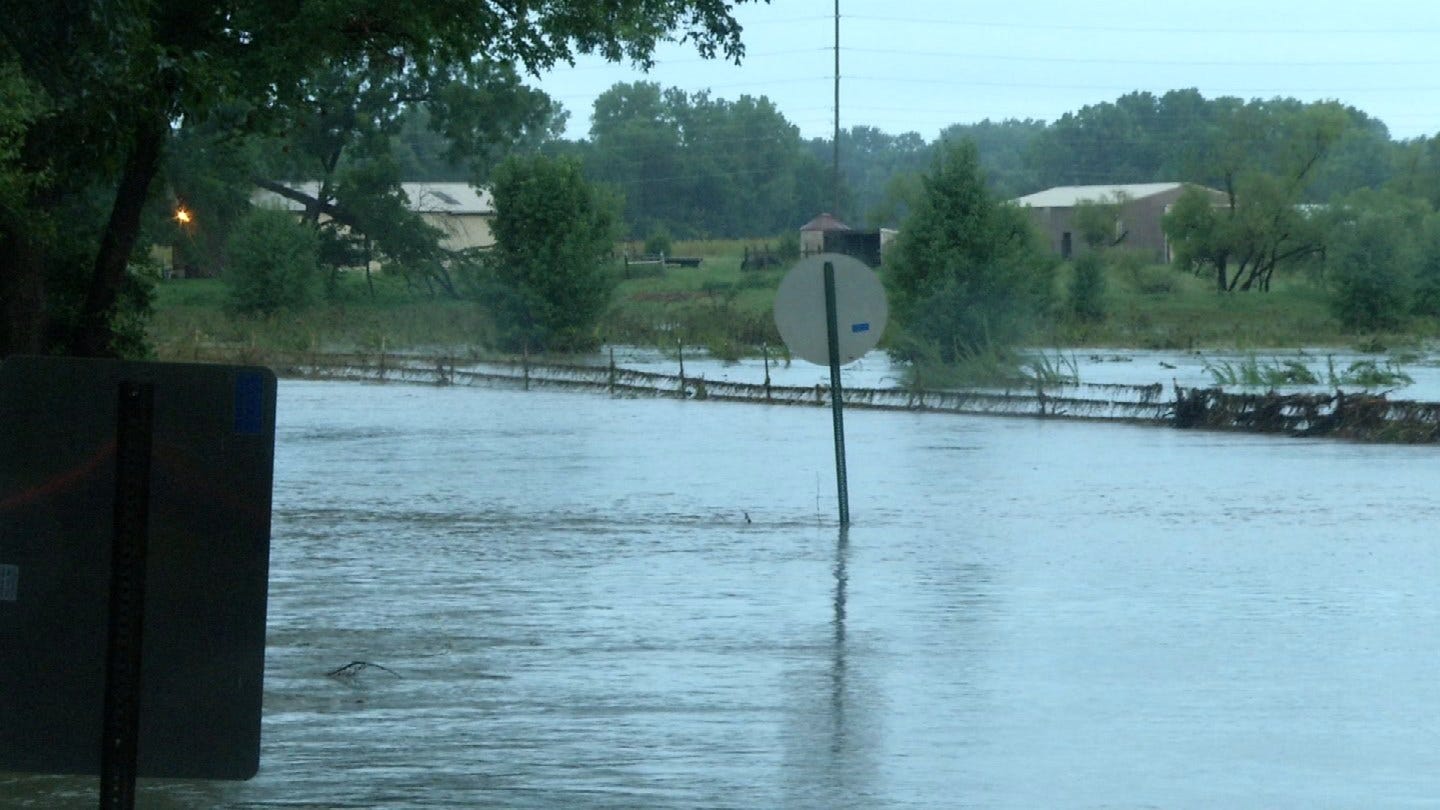 Clean-up continues across southeast Kansas after heavy rainfall led to deadly flooding. Some areas of Montgomery County got more than 10 inches of rain.

Al Ventimiglia says he had to sleep in his car because of the flooding but was thankful his story had a better ending than some of the others.

“I’m just very sorry for their loss. I know they are suffering. it’s a tragedy,” said Ventimiglia

The Montgomery County Sheriff’s Office says Dennis Catron Sr. was taking his son Dennis Catron Jr. to work at Walmart when they drove through a flooded area in Elk City and were unable to make it out of their car.

“The vehicle probably stalled. It was found in park with the engine shut off. We believe high water came through and swept the vehicle off in a ditch,” said Sheriff Robert Dierks.

Down the road, some people in the community are also seeing the impact of the heavy rainfall. Kayli Blackburn says she woke up to a musty smell and heard running water.

“Everything down here was just floating,” said Blackburn.

She says the water was a couple inches deep in her basement and she was in shock.

“I didn’t know what to do. I just moved in 8 months ago. All this furniture is brand new. I just bought it. And everything is gone,” said Blackburn.

Nearby some students at Zion Lutheran School weren’t able to get into their classrooms on the first day of school because there was about an inch of water on the floors.

“You always try to think about what’s gonna go wrong on the first day and this was pretty unusual,” said Principal Eric Pralle.

Pralle says they moved the 5th through 8th-grade students across the street to the church but they are thankful the damage wasn’t worse.

“They’re going to go in today and clean up and disinfect and make sure everything is taken care of before we get back in,” said Pralle.