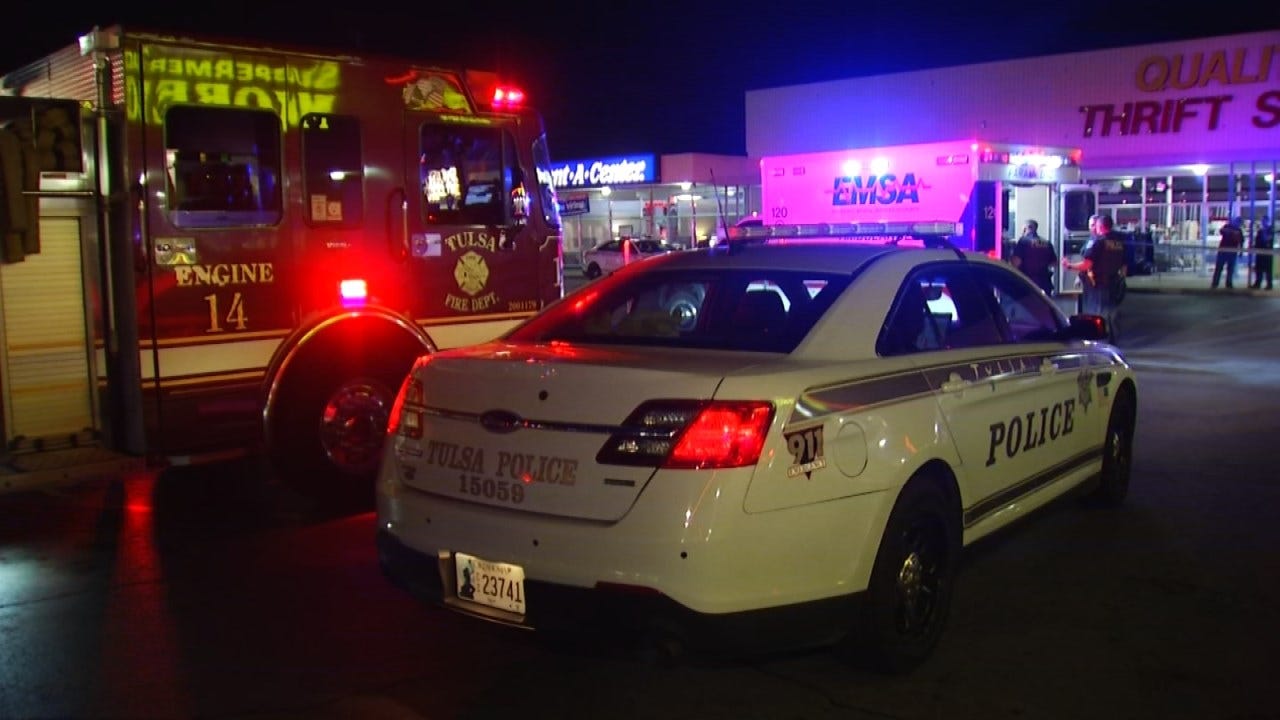 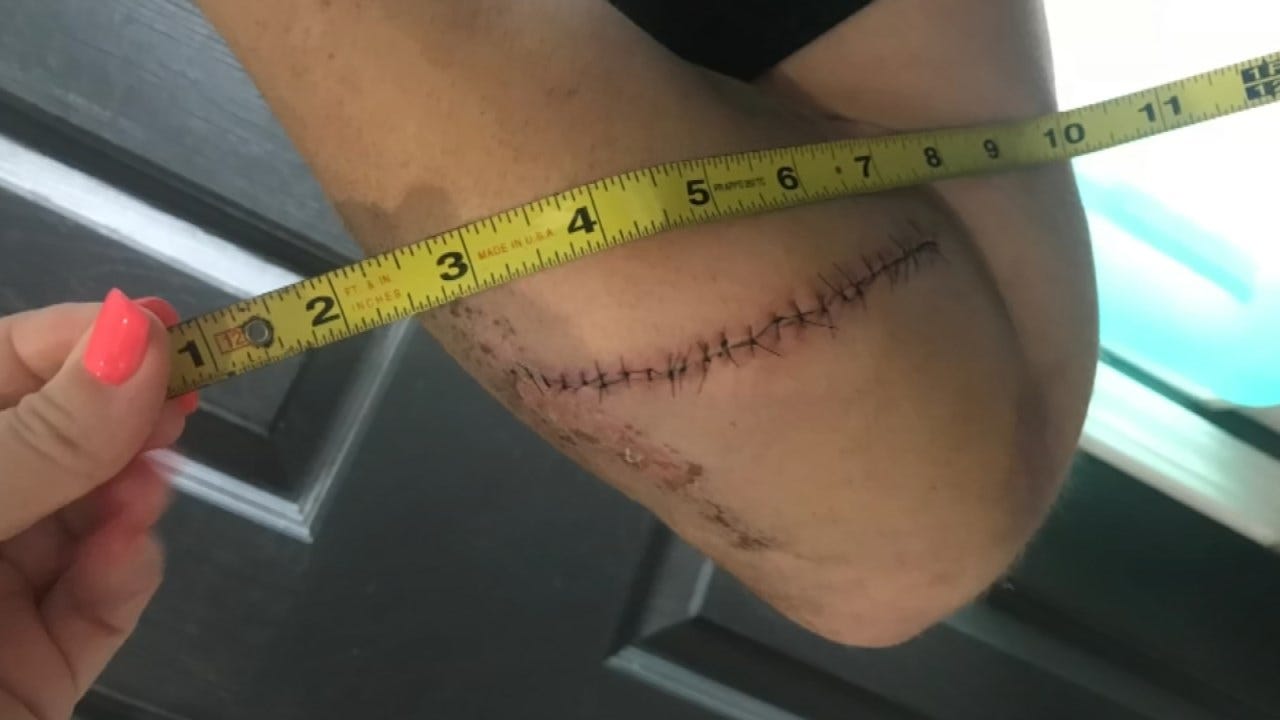 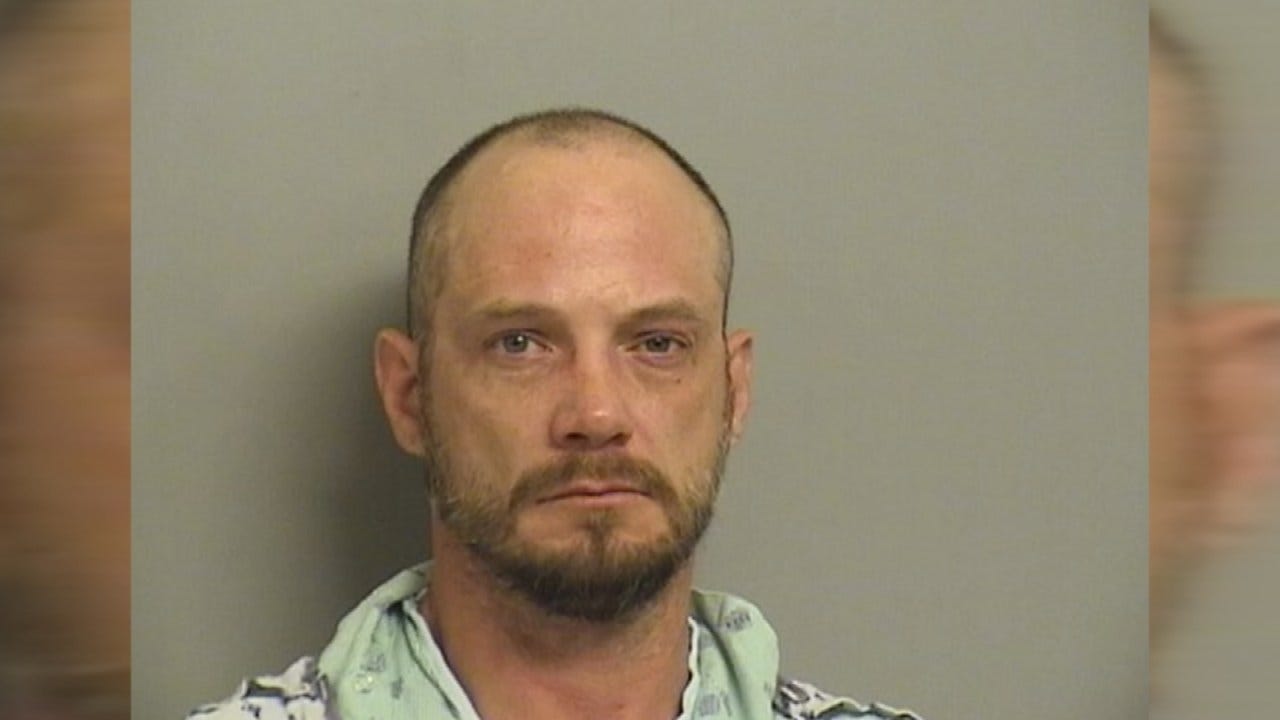 A good Samaritan who was stabbed nearly a week ago is frustrated the suspect has not been arrested or charged.

Just four days after the stabbing, the suspect was arrested for running from police at 150 miles per hour, but quickly bonded right back out of jail.

Chad Taylor is a husband and father of seven and is a roofer by trade, something he can’t do now for two months.

The suspect is an ex-con, currently on four suspended sentences.  He’s not been charged with the stabbing.

On June 6th, Taylor went to help a former employee who had locked her keys in the car.

He says the woman’s boyfriend, Craig Kessinger, showed up.

“He goes straight beeline toward his girlfriend who’s sitting on a curb, and he just straight punches her right to the center of her face,” said Taylor.

He says Kessinger hit the woman with his car and then left, but returned and started in again, “pulling her down and punching her.”

That’s when Taylor says he intervened and the two men got into a fight.

“I gave him everything I had and he still didn’t go down,” he said.

According to Taylor, that’s when Kessinger pulled out a knife.

“I backed up probably 50 feet and he kept slashing and he kept missing me, thankfully, and then I tripped over a parking curb,” Taylor said.

He says that’s when Kessinger sliced his arm and grazed his stomach.

A few days later, Taylor learned that Kessinger had been arrested for running from the cops, doing 150 miles per hour on a motorcycle.

Records show Kessinger is on suspended sentences in Rogers and Tulsa Counties and has been in and out of prison for years.

Tulsa Police Sergeant Dave Walker says the stabbing took a backseat after an 80-year-old man was murdered by a burglar, but, he says, he issued an internal bulletin for Kessinger to be picked up next time he’s spotted.