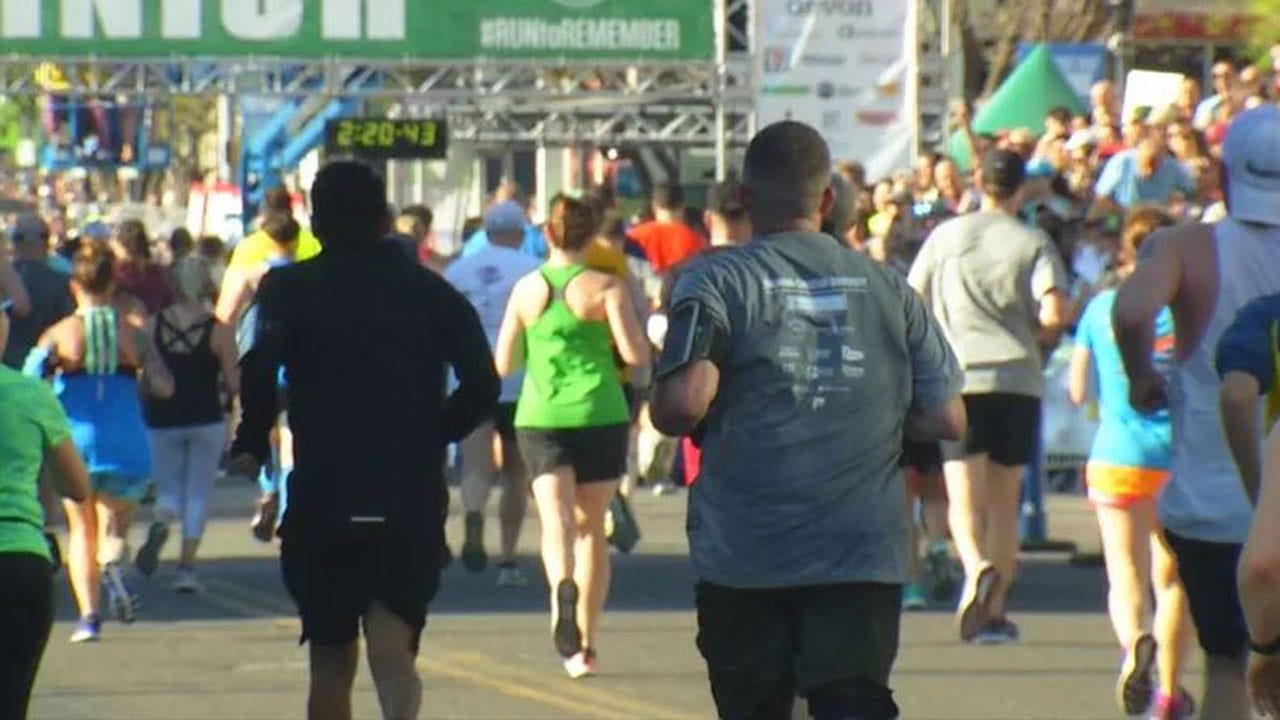 Sunday morning more than 26,000 people ran to remember. The Memorial Marathon is held each year to honor the 168 people killed in the Oklahoma City bombing. But for many, the run is personal. Runners reveal who they are running for on their bibs and for Stephanie Griffioen, it was her husband.

“I see pictures of him from the weeks or month or so before the accident and it feels like he's still here,” said Stephanie Griffioen about her husband Rob.

It’s been eight and a half months, but Griffioen still struggles with the loss.

“I've just tried to live each day the best that I can,” she said.

The 29-year-old husband and father was hit and killed last August while jogging in Moore.

“My son needs to know that I can't quit,” Griffioen said. “There's no quitting. I can't give up.”

So, she's moving forward one step at a time by running, a love the two shared. And by the look of the medals hanging on the wall in her garage, it was something they did often.

Despite the pain of getting back out there, she decided to run the half in the Memorial Marathon this year, in honor of Rob. She even bought red tank tops for her friends and family to wear with “Run for Rob” printed on the front.

“This was just a fun way, you know, to show we're all in this together and we want to remember Rob in this run.” she said.

The couple ran the half marathon together last year, and even though he wasn't by her side this year, Griffioen said she still felt his presence

“I felt Rob every step of the way with me and I feel like it's a chapter in my life that I can kind of close now,” she said.

Struggling to finish around mile 12, she made the final turn off NW 13th Street and then down Broadway to the finish.

“I miss not having Rob there, I miss seeing his smiling face,” she said about crossing the finish line. “It was hard, bittersweet.”

The driver, Antonio Delay, was charged with negligent homicide in the crash and is expected to be sentenced this week.