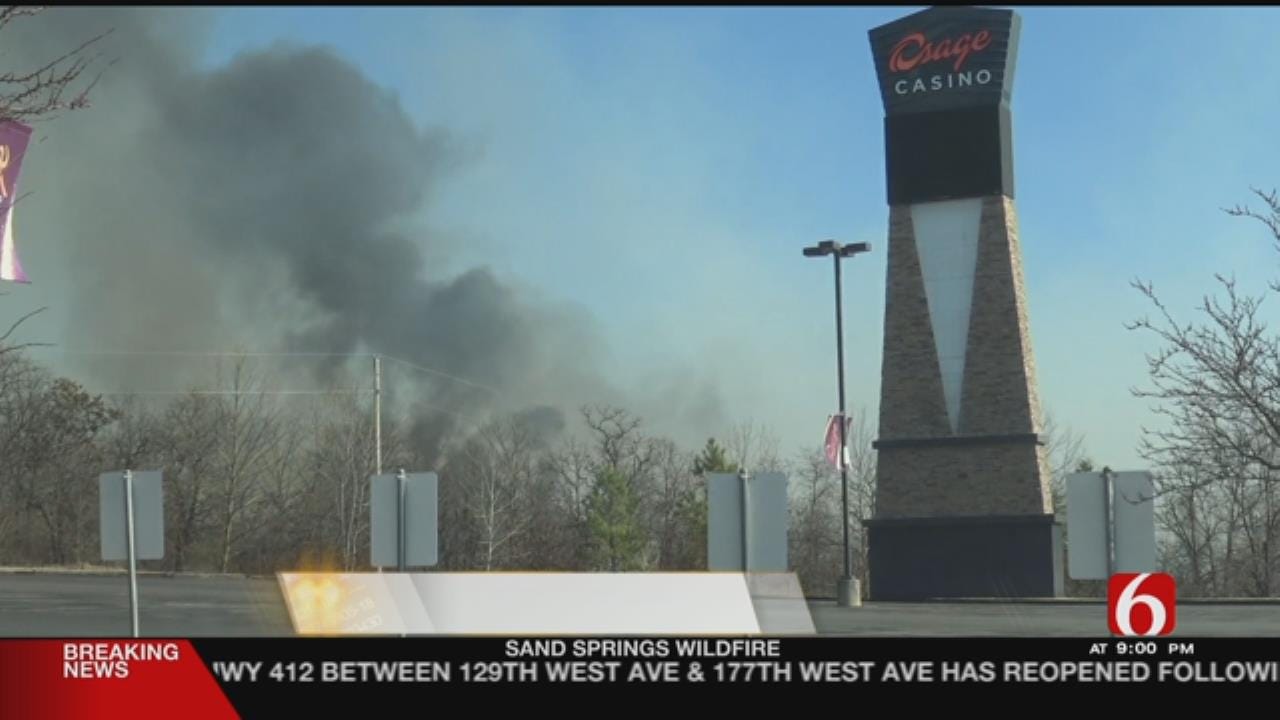 Several fire departments are working to battle multiple grass fires from 129th to 177th W. Ave. all the way up into near Osage County.

Some people evacuated their homes in the area but were eventually able to return home.

Some people were panicked to get to their homes and one man said he started calling his friends in the area to make sure they were ready in case the fire spread.

“I just started calling my them and just kinda ‘hey you know the fire is coming your way’ and you know, ‘you need to take cover or be prepared’,” he said.

Eric Herman has an auto repair shop near where suspected arsonists started a fire and said he started calling his friends to make sure they were okay, but one of them wasn't home.

“He's got animals so I was worried about his animals more than anything,” Herman said.

He said his friend owns more than 200 acres of land and when he got there the air was filled with smoke.

“There was a pretty good circle all the way around the house. You could see it all the way down the highway and a big old line on the north side,” Herman said.

And while many people couldn't even get to their homes because highway 412 was shut down, Eric's friend was lucky to have him close by.

“It's what anybody would do. You know … somebody needs your help so you're gonna do it,” he said.

Sand Springs Police Department is investigating these fires because they do believe they are suspicious.

They said several people have reported to police that they saw two teenagers on a red motorcycle starting fires.

If you do happen to see these people or know anything that you think could help, call police.

The Osage Casino near Sand Springs is still evacuated and is serving as a staging area for multiple fire crews.

The casino released this statement:

Osage Casinos Sand Springs location was not damaged by today’s wildfires. This location is currently serving as ground zero operations for local firefighters and other first responders working to save homes and lives. Osage Casinos is currently attempting to transport water and other supplies to this location. We will continue to release information as it is readily available.

Several different departments from Osage, Tulsa, Rogers and Creek Counties are staging at Osage Casino, working to get the fire out.

The Sand Springs Fire Chief said there is at least five fires burning across the area.

With the dry conditions and strong winds, there's no clear end to these fires.