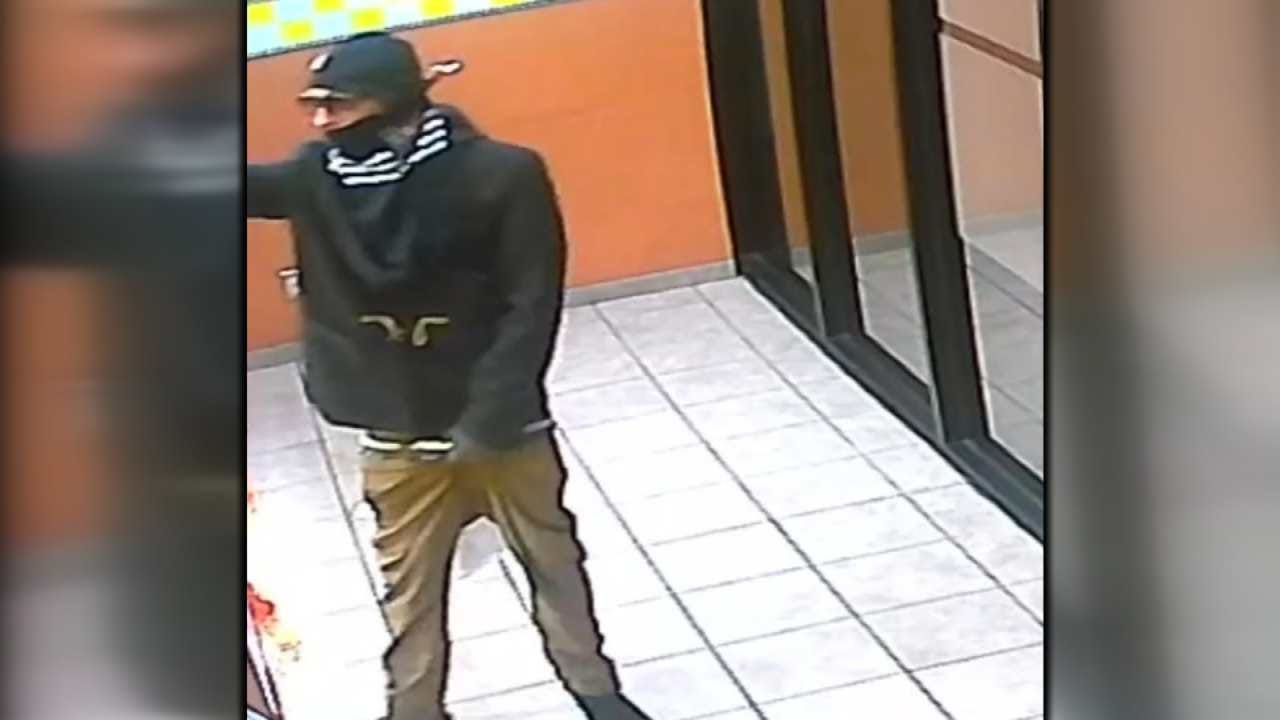 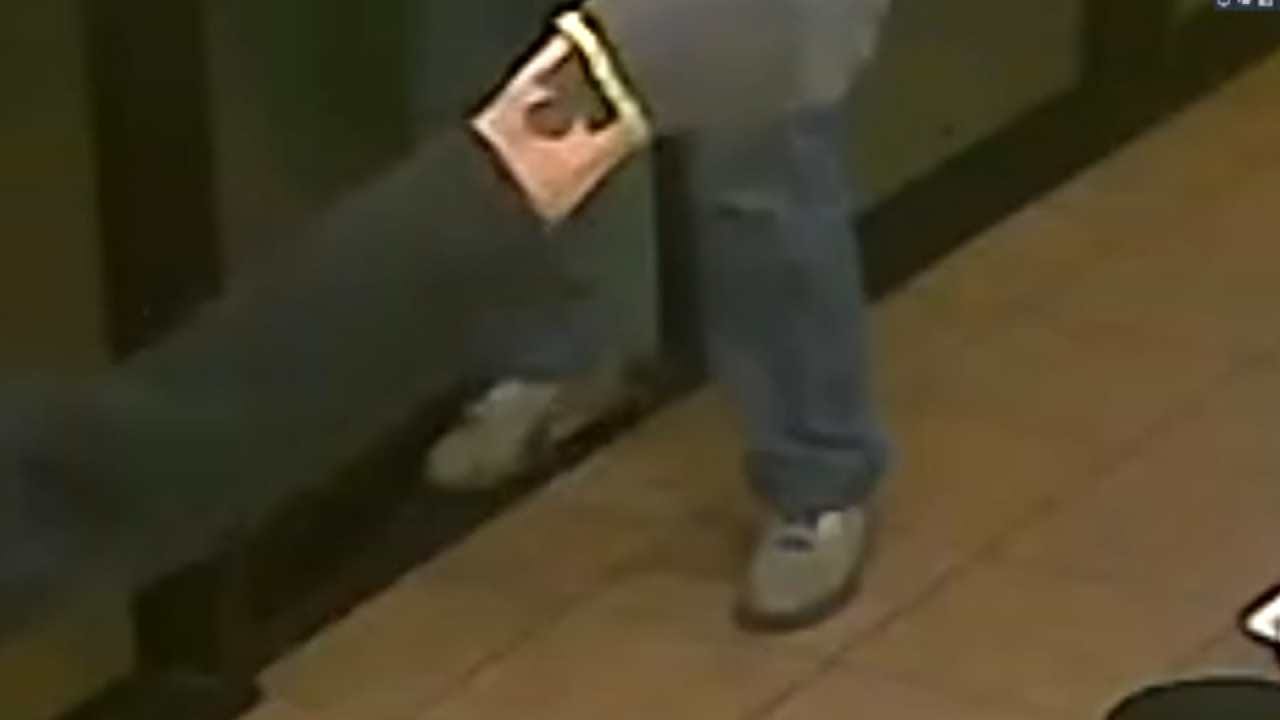 An armed robbery turned into a shooting at a south Tulsa pizza restaurant near 81st and Sheridan.

The masked robbers got away empty handed and police hope someone will recognize a distinctive tattoo on one of them.

There's a bullet hole in the wall by the menu at Hungry Howie's from the shot fired right when the robbers came in the door.

“When he went, register now, he couldn't see anyone, there was a hesitation, so he cocked it and fired, and that's when all this happened,” said Tobias Vigil with Hungry Howie’s.

The owner said two employees realized what was happening and quickly locked themselves into an office and hit the alarm.

"So, when they heard the bam, bam, bam, they right away went in the office, and that’s when he saw them hesitating, and that's probably why he fired a shot because he saw them go in there," Vigil said.

Thankfully, no one was hurt.

The store has cameras that show one robber acting as a lookout while the other fires the shots.

"He doesn't climb over, he just reaches over trying to get in here and then he reaches over and fires," Vigil said.

Police hope a photo of a distinctive tattoo on the right hand of the robber is something someone will recognize.

“We're hoping to get these guys fairly quickly, and that's why I'm hoping someone will recognize that tattoo because that fool is going to kill somebody if we don't get him caught soon,” Watkins said.

The manager of the restaurant is aggravated by the damage - well over $5,000 - but he’s grateful his employees weren't hurt.