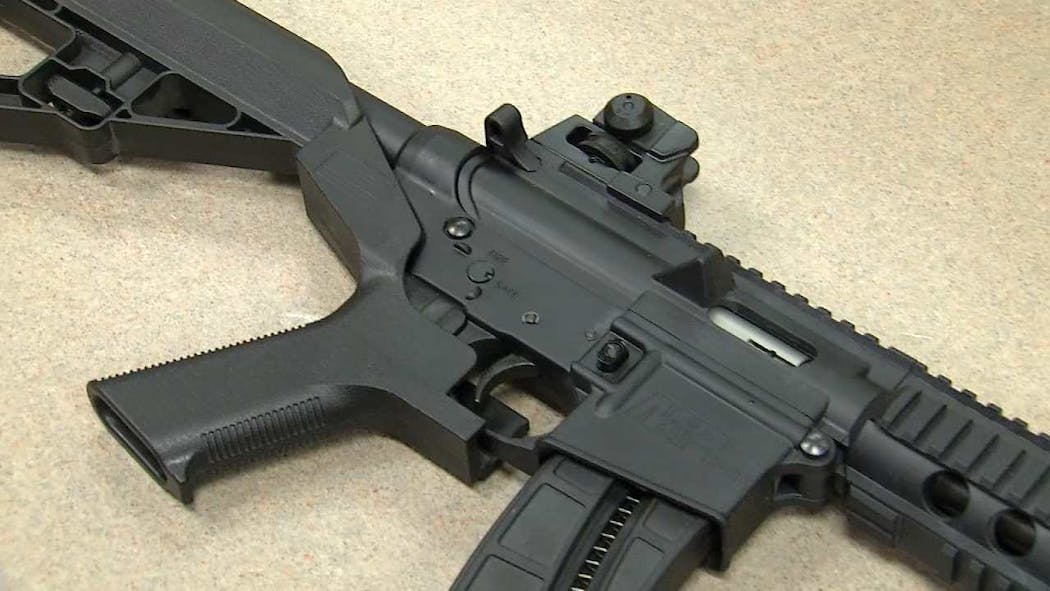 As investigators work to figure out why Stephen Paddock killed 58 people in Las Vegas, the federal government is considering new regulations on bump stocks.

They enable a semi-automatic gun to be fired faster.

And a lot of people are curious as to how they actually work.

2A Shooting Center General Manager Eric Fuson tells News On 6 why people use them: to increase the fire rate of semi-automatics by quickly bumping your finger against the trigger.

"[Bump stocks] actually pretty impractical. They require quite a bit of practice to make work right.  They're definitely not easy to use.  They're certainly not accurate to shoot." Fuson said.

CBS News reports interest is spiking nationwide in bump stocks, but Fuson said that's not the case at 2A.

Even now, the president, lawmakers, and the NRA have indicated they may be regulated.

“They're going to say, you give them bump stocks it's going to be a slippery slope? I certainly hope so.” Representative Nancy Pelosi said.

Fuson believes whether Congress passes a law or if the ATF creates new policies, the result will be the same.

"Do I think that any crime will be prevented by the illegalization of the Slide Fire or bump stock?  No, I don't believe anything will. It would be a feel-good deal so that the attorneys and that the politicians could say, 'See, we did something.'" Fuson said.

California is the only state that restricts the sale of bump-fire devices.

Leading bump stock manufacturer Slide Fire said on its website no state has notified them the devices are illegal.