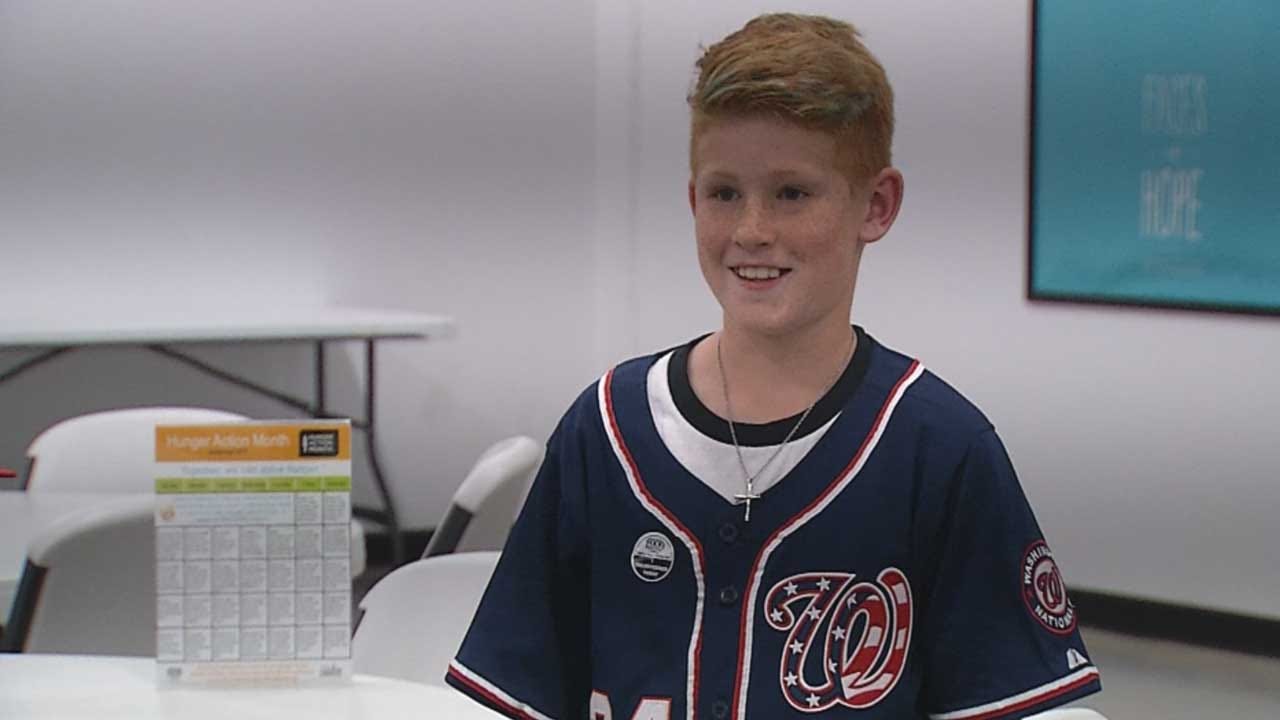 Birthdays are for celebrating, and for one Oklahoma boy, it’s also a time for giving.

Brody Offel just turned 11 years old and decided to forgo the typical birthday venues and instead spent his special day volunteering at the Regional Food Bank of Oklahoma.

“I was kind of shocked,” Brody’s mother, Heidi, said. “What 11-year-old chooses to come to volunteer for his birthday?”

“I had multiple choices and I just decided to go to the Food Bank because the last time I went I had fun,” Brody said.

On a fourth-grade field trip to the food bank Brody got a taste for giving back, so he couldn't think of a better place to hold his 11th birthday party than there with a group of his closest friends.

“Whenever I told people that they were invited, they texted back or called back and they said it was a really good idea and that it’s way better than just going somewhere for myself,” he said.

Of course, no party would be complete without some music, which was playing during their time volunteering, and Brody and his friends even found some time for a little dancing.

“I’m just really proud of him, that he chose to do this,” Heidi said. “It gets me a little choked up, I’m not going to lie. It always warms my heart when he wants to go above and beyond and serve.”

As Brody's family and friends sang ‘Happy Birthday in his honor, he said it's not the number on his cake he'll remember most but the number of Oklahoma families his group helped on his big day.

“It means a lot. It just helps you at the end of the day and you feel good,” he said.

During Brody's party, they sorted enough food to provide more than 6,000 meals for Oklahomans struggling with hunger.

If you’d like to donate or volunteer with the Food for Kids program, you can visit the website, or, you can text MEALS to 501501 to give a $10 donation.