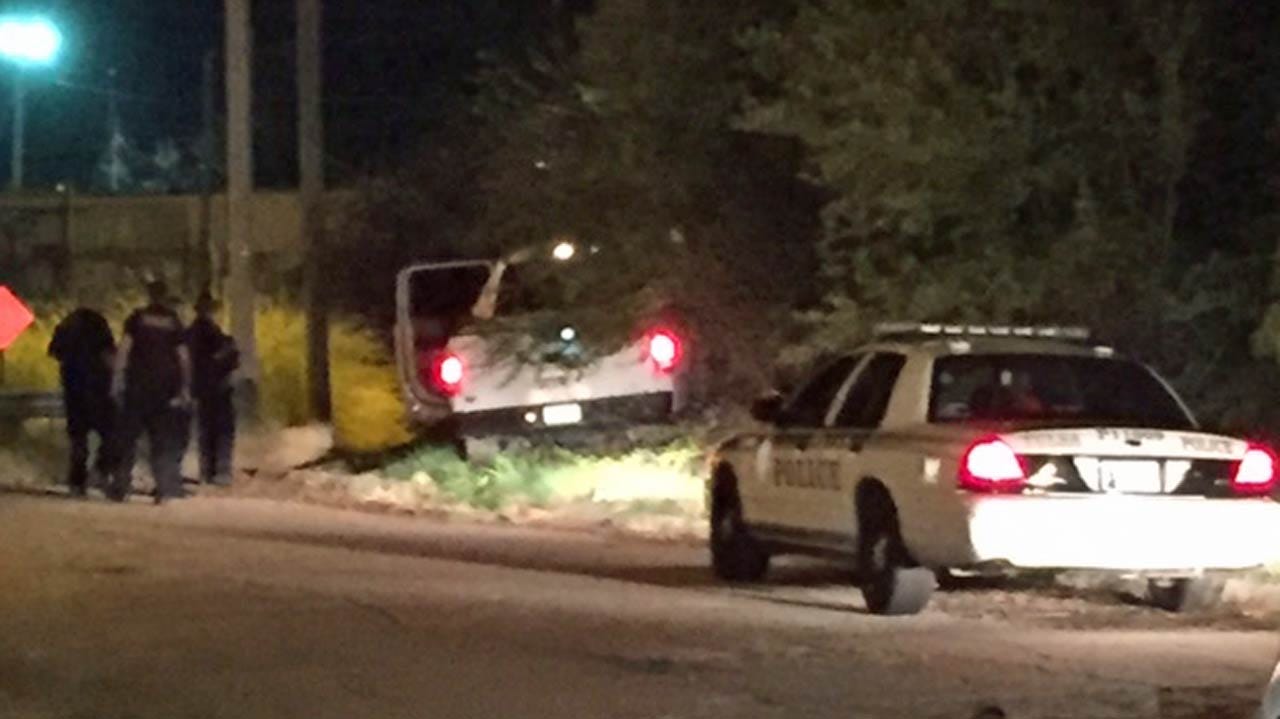 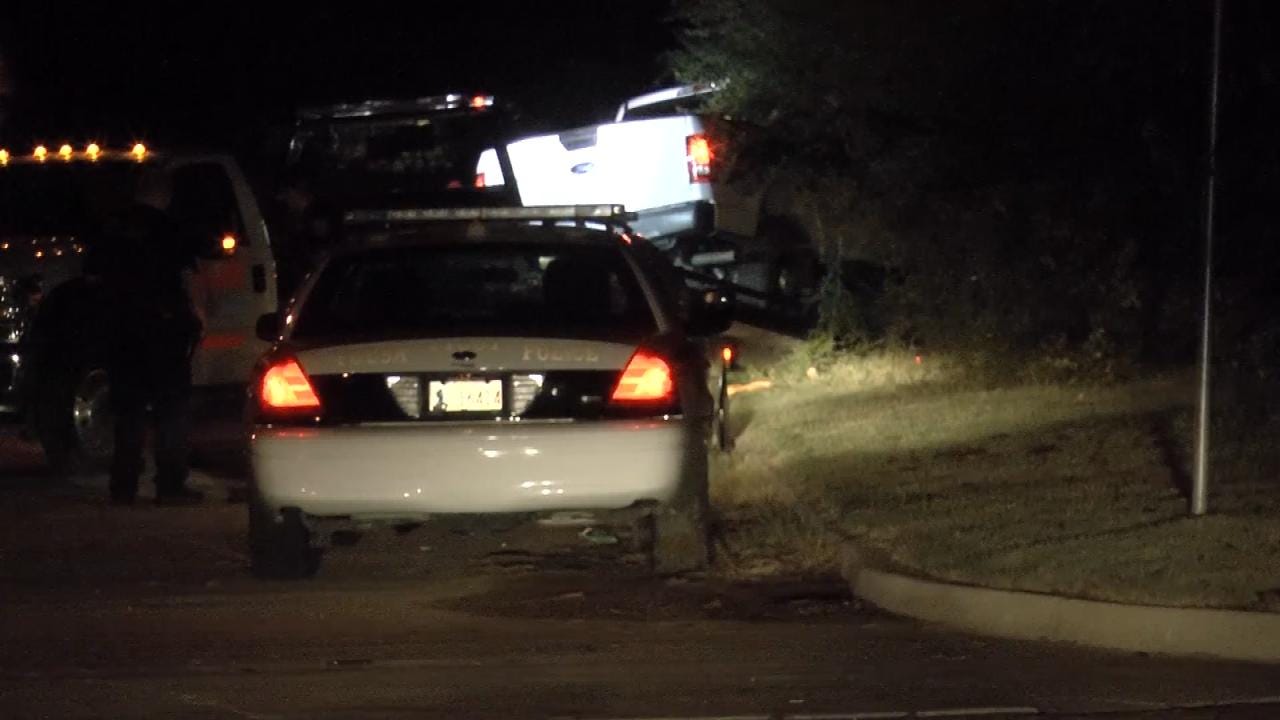 Police are looking for the pickup driver and passenger who led them on a short chase early Tuesday.

It ended at a dead-end in the 5500 block of North Frankfort near Martin Luther King Boulevard.

Officers say they tried to pull over the truck in the 300 block of West 49th Place North when the tags on the truck didn't match the vehicle.  The truck sped off, they say.

The chase ended when the driver crashed the truck into a tree and the driver and passenger ran off. Police searched for them but couldn't find them.