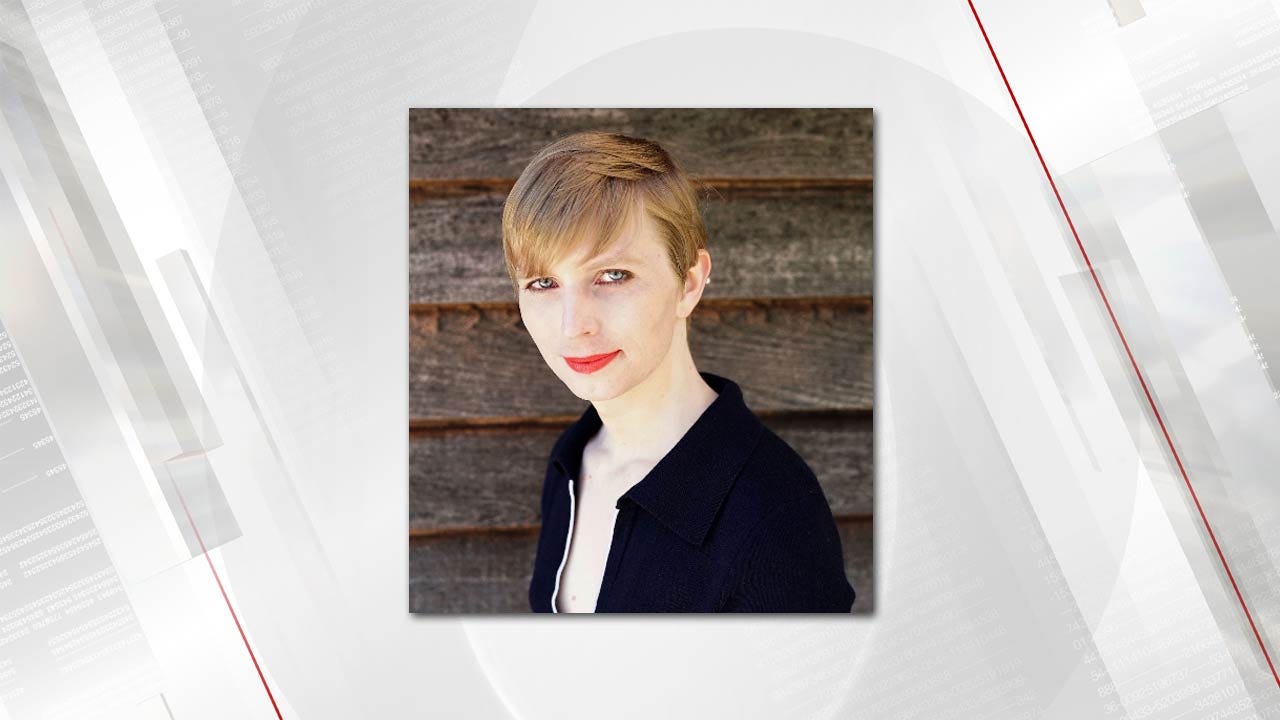 The dean of Harvard's Kennedy School of Government says it is taking back its naming of Chelsea Manning as a visiting fellow.

In a statement early Friday, Douglas Elmendorf said, "We are withdrawing the invitation to her to serve as a Visiting Fellow — and the perceived honor that it implies to some people — while maintaining the invitation for her to spend a day at the Kennedy School and speak in the Forum."

Elmendorf said, "In general across the School, we do not view the title of 'Fellow' as conveying a special honor; rather, it is a way to describe some people who spend more than a few hours at the School."

Statement from Dean Elmendorf regarding the invitation to Chelsea Manning to be a Visiting Fellow https://t.co/nB1V05YmGt

The statement explained that, "We invited Chelsea Manning because the Kennedy School's longstanding approach to visiting speakers is to invite some people who have significantly influenced events in the world even if they do not share our values and even if their actions or words are abhorrent to some members of our community. We do this not to endorse those actions or legitimize those words, but because engaging with people with fundamentally different worldviews can help us to become better public leaders."

The reversal came hours after CIA Director Mike Pompeo scrapped a Thursday appearance at Harvard over the decision to make Manning, who was convicted of leaking classified information, a visiting fellow.

Pompeo called Manning, who is from Oklahoma, an "American traitor." He said he agreed with military and intelligence officials who believe Manning's leak endangered the lives of CIA personnel.

Pompeo was scheduled to appear at the Kennedy School of Government to discuss allegations of Russian involvement in last year's presidential election, the nuclear standoff with North Korea and other global security concerns.

Minutes after the event was to begin, Elmendorf took the stage and told the audience Pompeo was not there and would not speak.

Several hours later, the CIA released a letter that Pompeo wrote to a Harvard official.

Pompeo, who has a law degree from Harvard, said he didn't make the decision lightly. He wrote that he would betray the trust of CIA employees if he appeared.

Manning was released from a military prison in Fort Leavenworth, Kansas, on May 17 after serving seven years of a 35-year sentence, which was commuted by former President Obama in his final days in office.  Mr. Obama said in January he felt justice had been served.

Manning, a 29-year-old transgender woman, formerly known as Bradley Manning, told ABC's "Good Morning America" in a recent interview that she was prompted to give the 700,000 military and State Department documents to WikiLeaks because of the human toll of the "death, destruction and mayhem" she saw as an Army intelligence analyst in Iraq.

In his letter, Pompeo reiterated his earlier claim that WikiLeaks is a U.S. adversary "akin to a hostile foreign intelligence service." He stressed that his decision had nothing to do with Manning's transgender identity.

"It has everything to do with her identity as a traitor to the United States of America and my loyalty to the officers of the CIA," Pompeo said.

"Harvard's actions implicitly tell its students that you too can be a fellow at Harvard and a felon under United States law," he wrote.

Earlier in the day, Mike Morell, former deputy director and acting director of the CIA, sent a resignation letter to Elmendorf. Morell told Elmendorf he was stepping down immediately as a Harvard senior fellow over the school's decision to invite Manning to be a visiting fellow.

Morell said he couldn't be part of an organization that "honors a convicted felon and leaker of classified information." Pompeo said Morell's exit was "Harvard's loss."