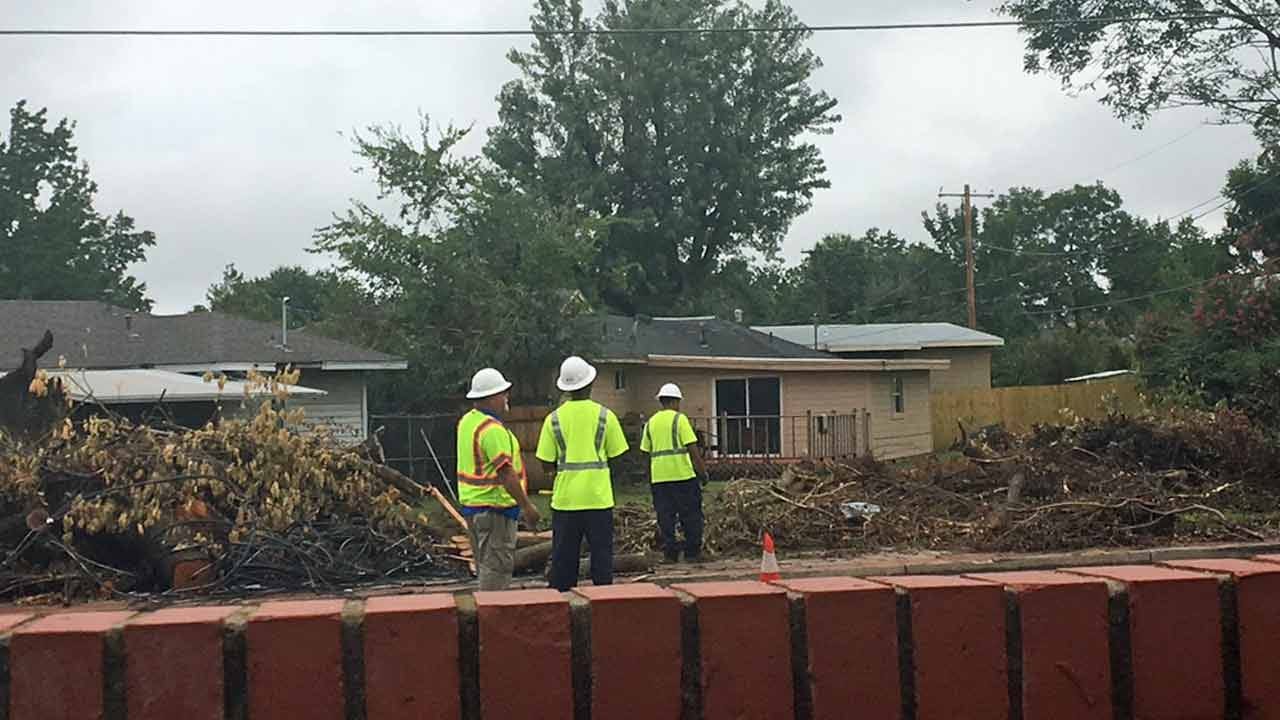 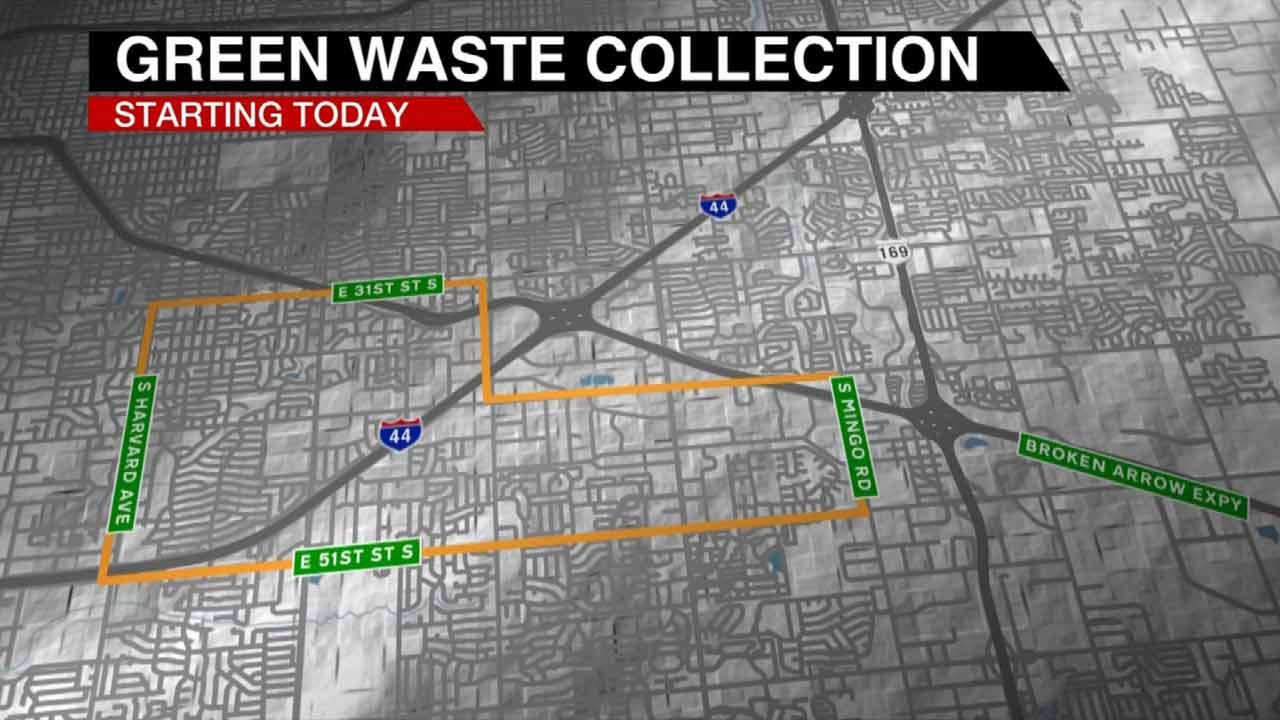 City of Tulsa crews started picking up green waste that was left behind after last weekend's tornado. Crews are out working along Yale on Monday, August 14.

The city says they have 11 crews out. Some are using heavy machinery; some are picking it up by hand.

Crews are making a sweep between Harvard and Sheridan from 31st to 41st and Harvard to Mingo from 41st to 51st. The city says they'll start on the east and west sides of the collection area and work toward the center.

They say it should take two weeks, but residents are advised to put debris on the curb as soon as possible.

Green waste needs to be cut into bundles smaller than eight feet long and 18 inches in diameter.  The city is asking you to put it within four feet of the curb and keep it away from utilities and fire hydrants.

Another option is to take your waste for free to the city's mulch facility at 2100 North 145th East Avenue. It's open seven days a week from 7:30 a.m. to 5 p.m. excluding city holidays.

Tulsa residents should bring a current driver's license or their utility bill with a Tulsa address in order to drop waste off for free.