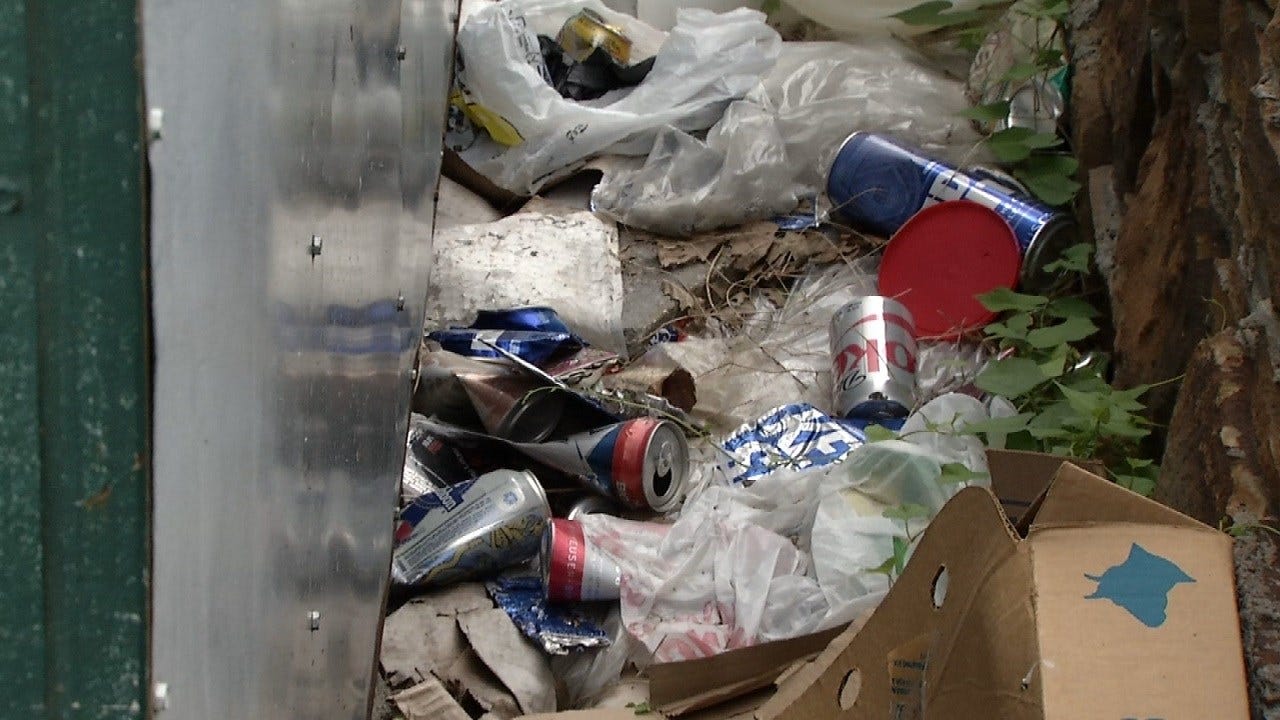 A Tulsa business owner is asking for the city's help to deal with a group of people trashing her property.

After 20 years at the same location a shopping center's owner is starting to see a new trend and it's not one she likes.

Cindy Salter finds trash outside her Jamestown Shopping Center and she's sick of it.

For the nearly 30 years she's been here, things have stayed pretty consistent, until a few months ago when Salter's water bill started skyrocketing.

It didn't take her long to figure out the problem: a group of homeless people using the water she was paying for, and leaving the faucet dripping for days at a time.

"My tenants told me that people are coming over here, using my water and doing their laundry in a bucket," Salter said.

In a matter of weeks, Salter says her quaint and quiet 51st and Yale shopping center turned into a trash dump.

The property's maintenance man, was shoveling piles of trash out of the back alley each day. Everything from cups filled with urine to liquor bottles and even needles.

Salter says the group has broken down fences, broken locks and left many of her tenants terrified to walk outside to throw away trash at all times of the day.

"I have great tenants here, some of them have been staples here for more than 20 years and now we are dealing with this. Twenty years ago we didn't have this problem," Salter said.

"It's dangerous, whatever we put out here, they take it," said Amy Tang, nail technician.

Salter believes the homeless are living in the storage units beside her property and she wants the city to do something.

"You know, it's business by day, homeless by night," Salter said.

Salter called the Tulsa Police department. She said they told her they can't do much to keep this group off her property.

She filed a report with the city tonight and hopes she gets a response soon.