Semi Crash Shuts Down Will Rogers Turnpike Near Vinita WEB EXTRA: Video From Scene Of Will Rogers Turnpike Crash Near Vinita 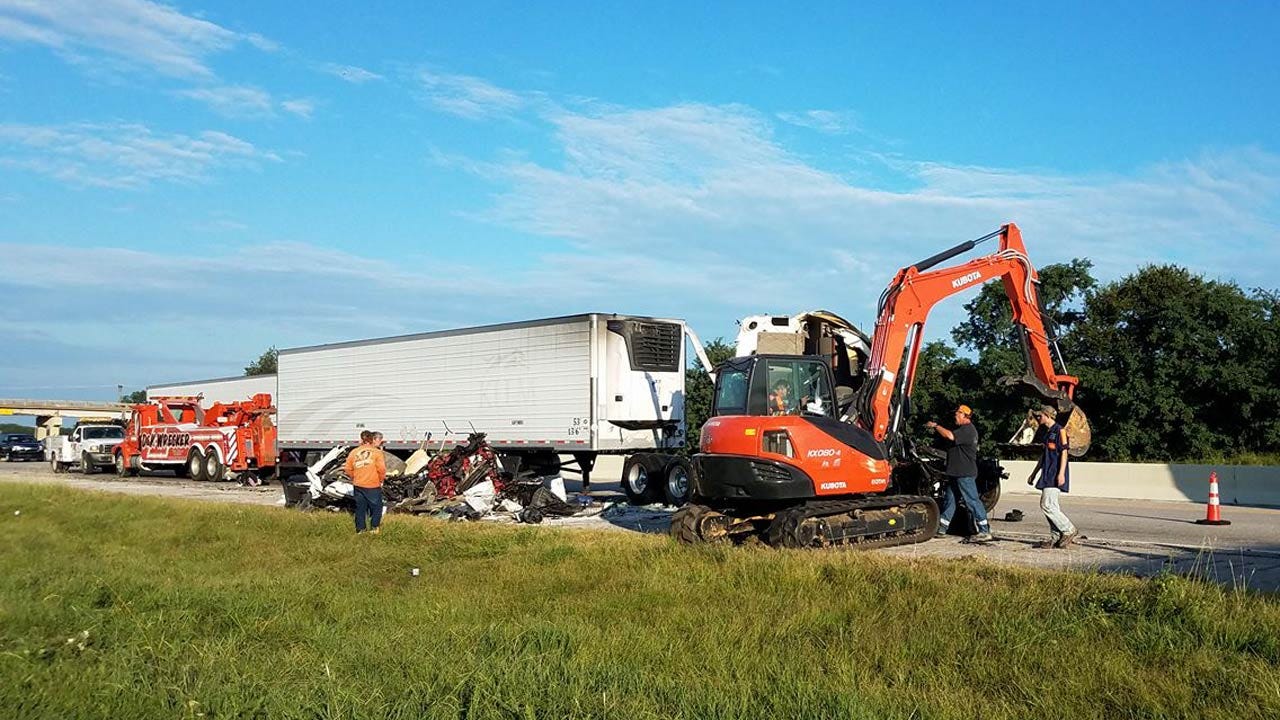 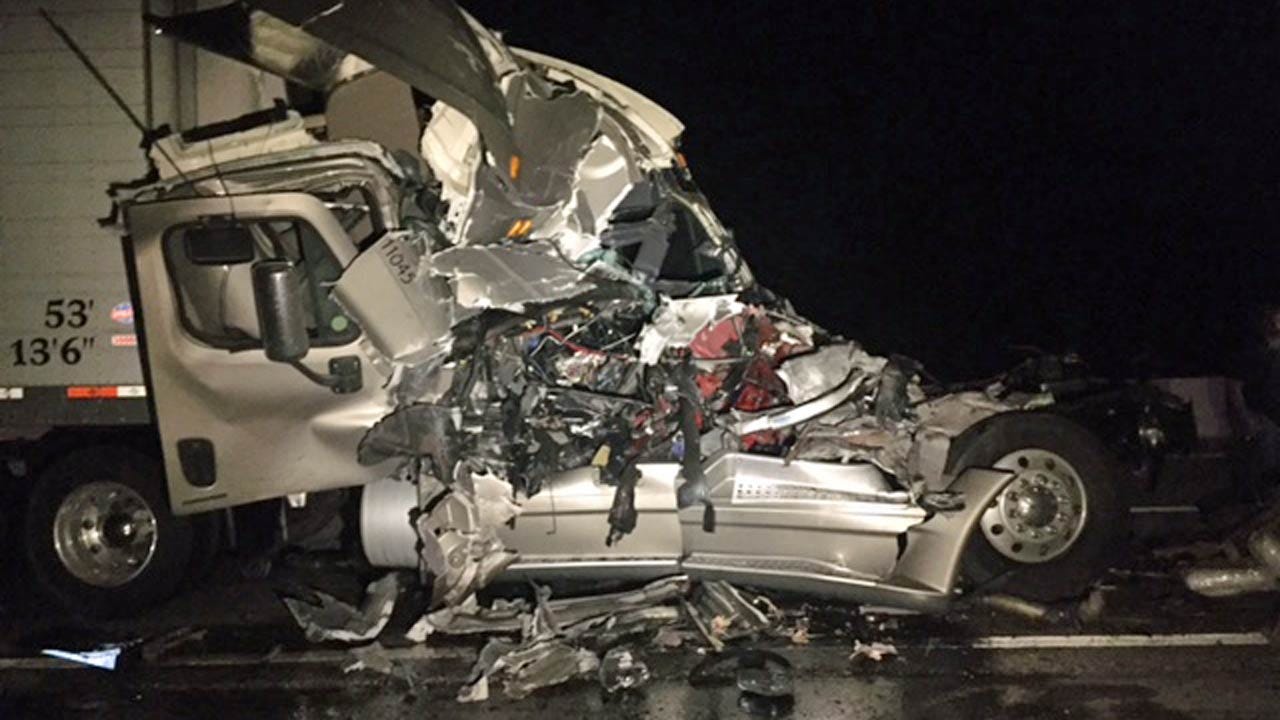 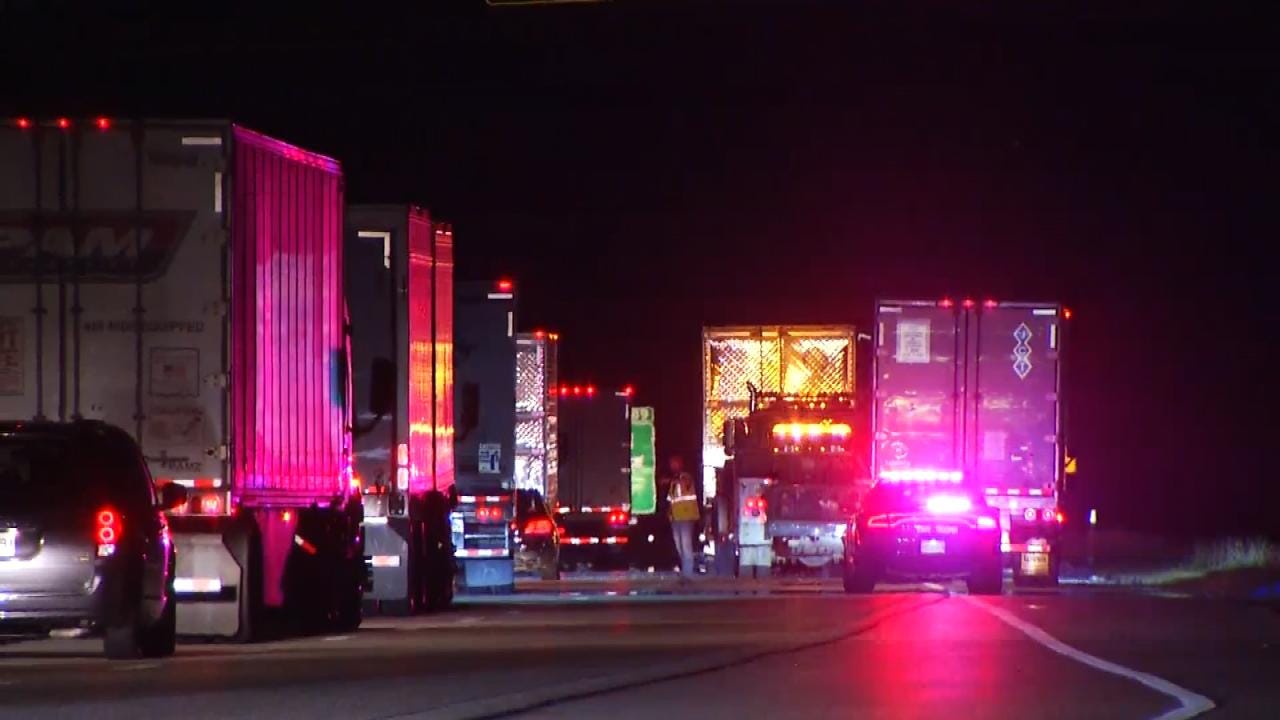 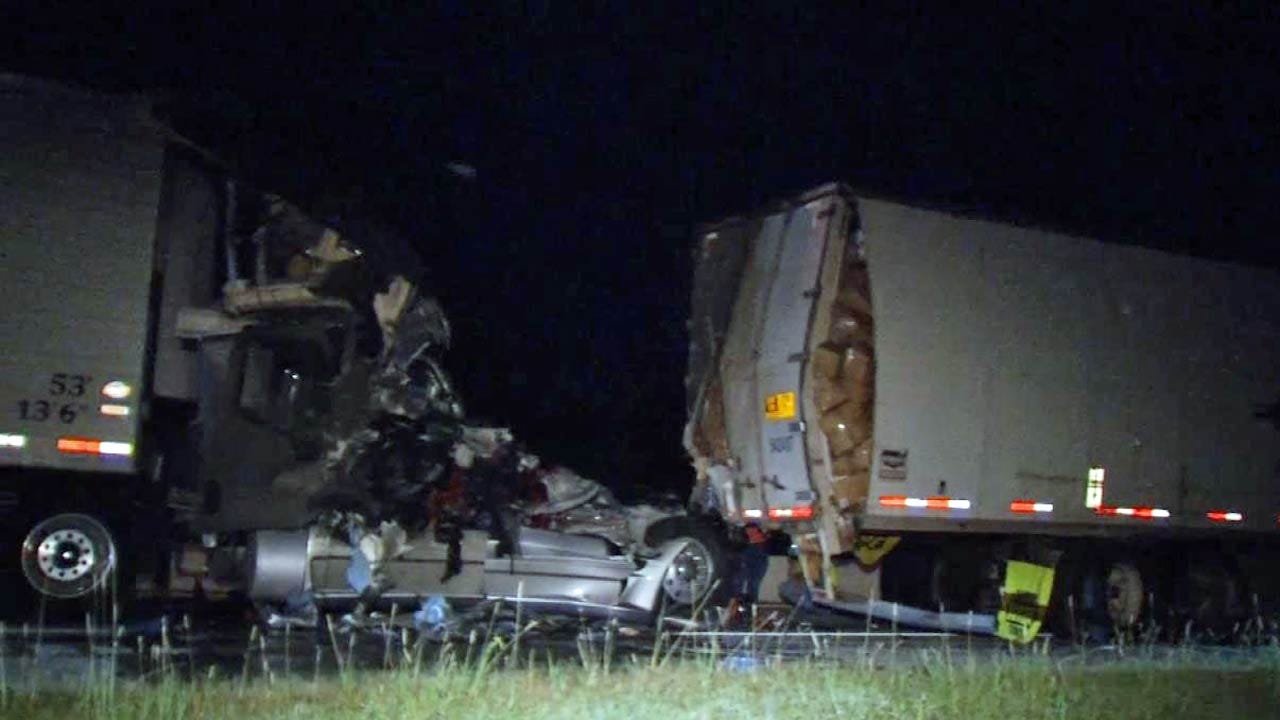 The Oklahoma Highway Patrol says no one was killed in a crash involving two semis in eastbound lanes of the Will Rogers Turnpike near Vinita early Monday.

Troopers said the 12:30 a.m. crash happened just east of the rest area on the turnpike west of the Vinita exit.

The OHP says a 2015 Kenworth driven by Sai Wai, 31, of Evansdale, Georgia and loaded with Amazon freight was pulling back onto the turnpike when it was hit in the rear by an eastbound 2013 Freightliner semi.

Troopers said the driver of that semi, Adam Cox, 45, of Denton, Texas was rescued from the wreckage by Vinita firefighters and then flown to a Tulsa hospital with a broken leg and other broken bones. The OHP says he was pinned in the wreckage for 1 hour and 20 minutes.

The driver and a passenger of the truck hauling the Amazon freight were not injured.

The crash backed up eastbound traffic on the turnpike for miles.

One eastbound lane of the turnpike was reopened to traffic several hours after the crash, but the OHP says the outside lane remained closed while workers cleaned up the remaining debris from the crash.

Semi Crash Shuts Down Will Rogers Turnpike Near Vinita