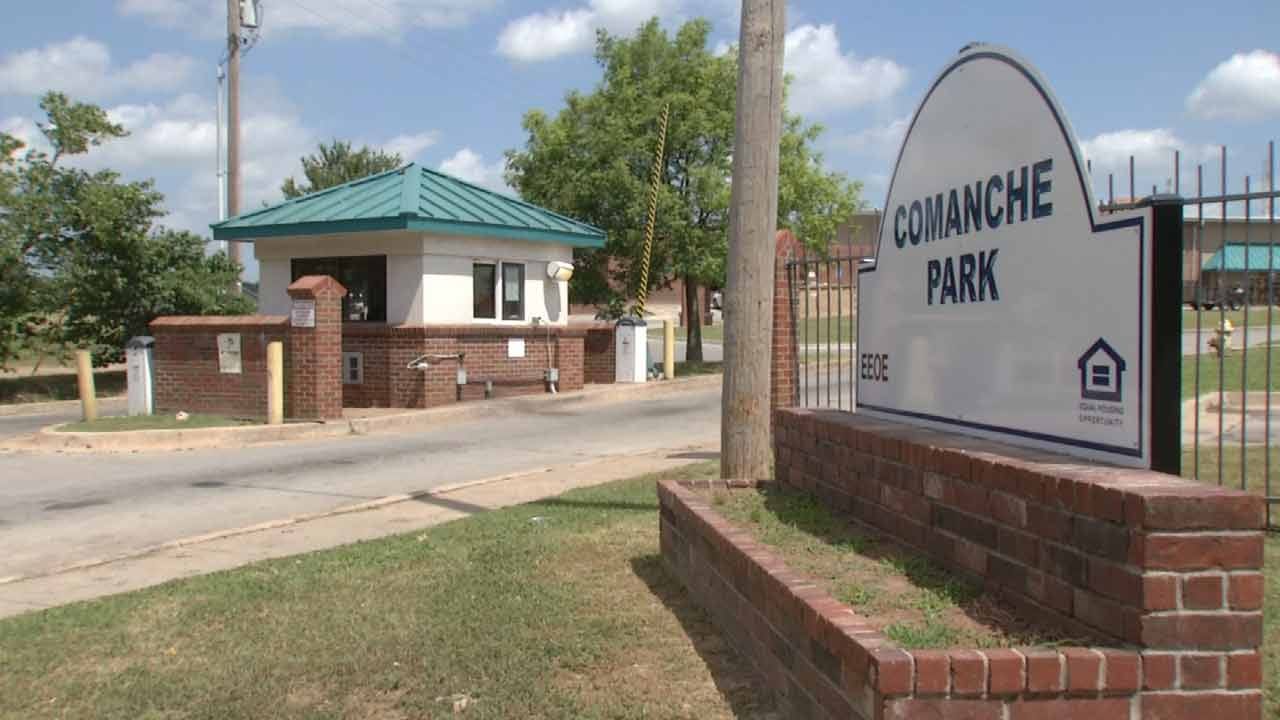 It's been one month since some security guards were removed from Tulsa Housing Authority properties, and some residents say they don't feel safe.

Previously, people would have to check in at a guard house before coming onto the Comanche Park property; now, visitors can come and go as they please.

Michael Gilbert, Sr. has lived at Comanche Park since 2001 and said he's seen all kinds of things.

"Oh, it done got serious out here now," he said.

On June 22nd, the Tulsa Housing Authority did away with the guard at the front entrance and at two other properties nearby.

Some residents said more people are coming and going from the complex, committing more crime.

According to Tulsa Police 911 records from June 22nd to July 10th, police responded to the complex 48 times in those 18 days.

That amount is similar to previous months.

Records show the calls in those 18 days are made up of 14 domestic violence calls - three of those with weapons - four burglaries, two auto thefts, two stabbings and one report of shots fired.

"It's just not safe for the people in the community, you know," Gilbert said.

"They were taking a lot of naps in there, and you'd see them walk over to the patrol car every once in a while, but other than that they were pretty much not doing much," McBride said.

The Tulsa Housing Authority said they removed the entrance guards in order to put more security at their high-rise locations, like Pioneer Plaza.

They said they still have security that does patrols through Comanche Park, as well as an increased police presence.

But some still say it's not enough.

"You put your trust in Tulsa housing, and pay your rent on time and things like that, you should feel safe, you know what I'm saying? And people are not feeling safe out here, now," Gilbert said.

The Tulsa Housing Authority said foot patrol remains at all of their sites that previously had the guard shacks.

They released a statement saying:

“We believe in providing our residents with the safest environment possible. This has led us to make a significant investment in lighting and cameras at all THA properties over the past few years. These investments have created a positive effect on THA communities that is reflected in a crime rate that is in line with the city of Tulsa’s crime rate, and in some cases, lower than the city’s crime rate. THA continues to make investments in security and looks for the best options when addressing resident safety. That being said, the decision to remove the guard shacks was not a cost saving measure, but rather a way for us to continue being good stewards of our federal funding while meeting the security needs of all our properties. Foot patrol remains at all the sites that previously had the guard shacks and we have added security staff to our high-rise locations.

“THA offers two types of rental-assistance programs, Section 8 and Public Housing, both of which are funded by the Department of Housing and Urban Development (HUD). Section 8 vouchers stay with the tenant and they have an opportunity to choose where they live. Public Housing is comprised of single family homes, high rise apartments for the near-elderly/disabled and multi-family apartment complexes which are owned by THA. Families qualify for our programs based on income limits set forth by HUD. Policy also requires that each adult member in the applicant’s household submit their information for a criminal background screening during the initial move-in and again during each annual recertification.”