Is Oklahoma Quality Jobs Program Worth Its Cost? 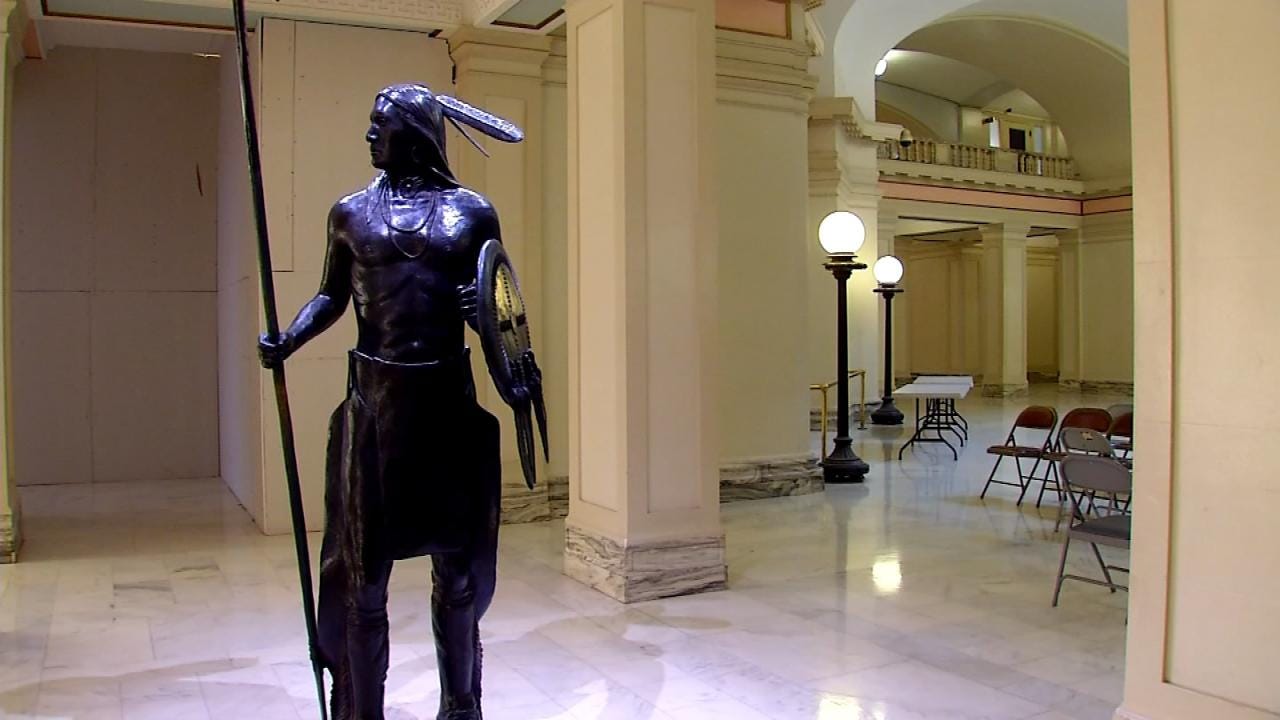 Tax credits and other incentives are a significant part of any state's economic development strategy.

In Oklahoma, the incentive that is often credited for doing the most to create new jobs is the Quality Jobs Program, and yet there's healthy debate among economists as to its true value and whether it's worth the cost.

The program's value, of course, is in the influence it has on businesses to create new jobs in Oklahoma that they otherwise might not create. Such new jobs -- especially those that are high-paying -- are highly coveted in city halls and capitals everywhere, which is why competition for companies that offer those jobs, like Boeing, is so fierce.

"Hypothetically speaking, if we win new work we can put it anywhere," said Steve Hendrickson, Director of Government Relations for Boeing.

Hendrickson says, with operations in virtually every state and a significant presence in 27 states, Boeing has the luxury of being able to look around for the best deal. He says state incentives matter, because they lower overhead costs.

"When we build a business case to either propose new work or to improve our cost competitiveness on an existing program that may be done elsewhere," Hendrickson says, "the key factor in that is cost. So, if The Boeing Company decides it's going to move work or create a job, we have to pay for that out of pocket."

States, cities, and other legal jurisdictions try to make themselves more attractive by offering to offset a portion of those costs through reductions in tax liability or, in the case of Quality Jobs, through rebates. Hendrickson says Oklahoma has three incentives that factored into their recent decision to move more jobs here, but the Quality Jobs Program was by far the most significant.

"We have announced 2,250 jobs in the last few years," said Hendrickson, "all of which were directly attributable to contributions by the Oklahoma Quality Jobs Act."

The Quality Jobs Program was created in 1993, at the urging of then-Governor David Walters, who was looking for a way to jumpstart the economy. Modeled after a similar program in Kentucky, Quality Jobs pays companies rebates of up to five percent of payroll for new jobs they create, for up to ten years.

Among the conditions for acceptance into and retention in the program:

Officials at the Oklahoma Department of Commerce, which oversees the program, say they scrutinize applications carefully, including the number of jobs the company estimates it will create.

"We want to make sure that the companies that are benefiting from the incentive are serious about their numbers," said Don Hackler, Deputy Director of Commerce, "about being committed to the state, and committed to creating jobs for Oklahomans."

Hackler has been with the Commerce Department for as long as the Quality Jobs Program has been in existence. Over that time, according to Tax Commission records, more than 800 companies admitted into the program have created about 93,000 'quality' jobs.

And yet, by some measures, it's not been as successful as might have been expected. Though 93,000 is a lot of jobs, it's barely a third of the 270,000 jobs those 800-plus companies claimed they would create. According to tax records, just one in every 10 enrolled companies has hit its job creation projection.

Combine that with the program's cost -- $1.2 billion to date -- and some lawmakers feel that companies are taking unfair advantage of the program and more oversight is needed.

"To me, this program is icing on top of icing, for many companies," said Rep. Eric Proctor, D-Tulsa.

Hackler and other supporters of the program respond to such criticism by pointing out Quality Jobs is performance-based -- companies only get rebates for new jobs.

At UCO's Business School, Dean Mickey Hepner has studied Quality Jobs for more than a decade. Hepner acknowledges the program incentivizes job creation and has some positive benefit, but he says the state routinely and greatly overstates that benefit.

"Even using standard economic parameters," Hepner argued, in a recent interview, "fewer than one in twenty jobs that are actually covered by the program could actually be claimed to be created by the program."

Hepner says, given that most companies conduct operations based on their bottom lines, it's only fair to claim that the program is responsible for the number of jobs that the rebate would pay for: five percent. So if a company enrolled in Quality Jobs added 20 new jobs, he says, state officials could rightfully say the program was responsible for one of them.

Hepner says, another concern he has with the program is that the majority of the rebates go to companies that are already well-established in the state.

"The vast majority of those jobs would have been created regardless of whether this incentive was in place," Hepner claimed.

A survey of companies in the program several years ago showed they would have created at least half the jobs, even without the incentive. Economic development experts say, it's tricky.

"Yeah, I mean you really don't want to reward someone who's going to do something anyway," said Roy Williams, President and CEO of the Greater OKC Chamber of Commerce, "but how do you put that into legislation?"

From a political standpoint, Williams says, you couldn't offer the Quality Jobs incentive to out-of-state firms and not those in-state, even though he admits the program's best value is in helping Oklahoma compete for those 'quality' out-of-state jobs.

The Quality Jobs program is scheduled to be reviewed later this year by the state's incentive evaluation committee.