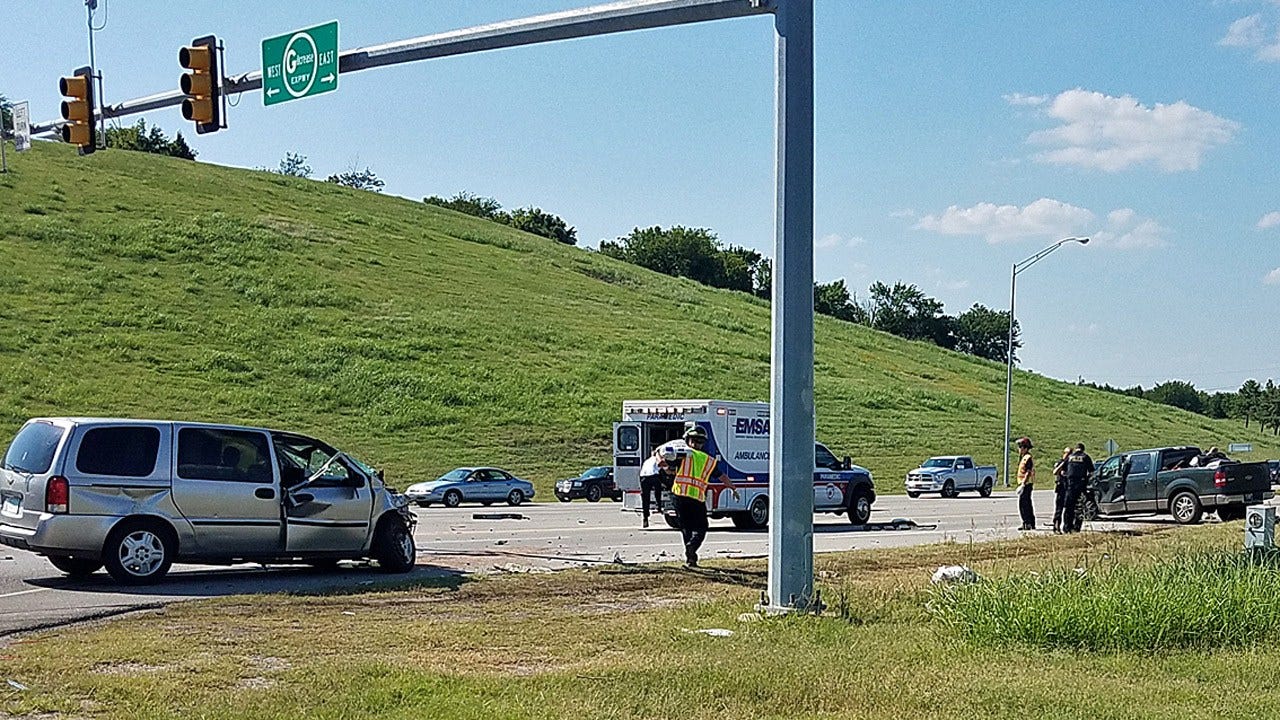 A child was ejected from a minivan after a collision with a pickup truck near 36th Street North and the Tisdale Expressway Monday afternoon.

Tulsa police said the child was taken to a hospital in an unknown condition.

Police said the pickup truck was going north on Tisdale when it approached the intersection at Highway 11. The light was green and the truck had the right-of-way when police said the minivan turned left in front of the truck and they crashed.

Police said the 8-year-old child was ejected from the minivan passenger window.

Two other people in the pickup were also transported in an unknown condition.

Right now the northbound lanes of the Tisdale Expressway are closed at Highway 11.