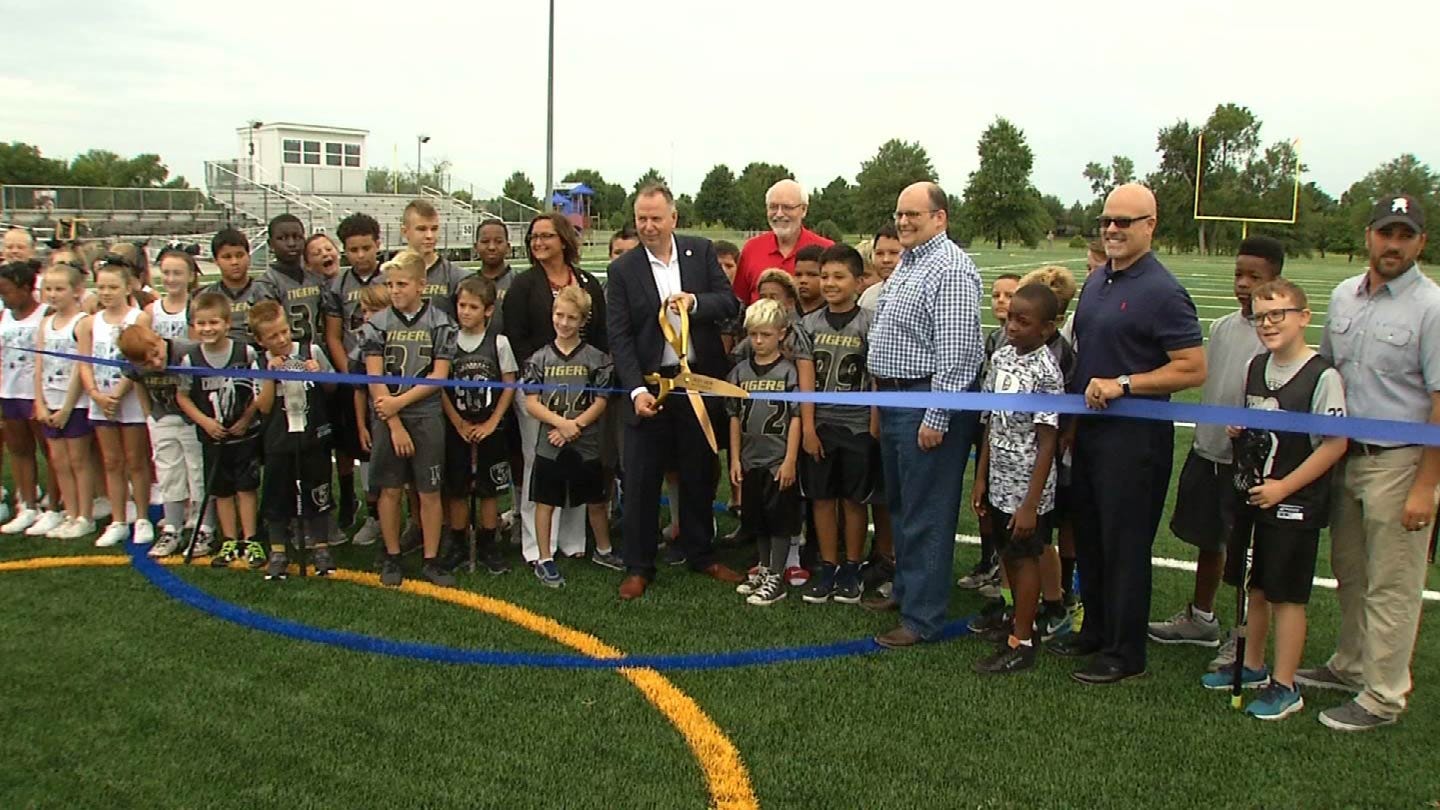 The City of Broken Arrow, along with the Broken Arrow Youth Football Association, celebrated the opening of two new artificial turf fields at the Nienhuis Football Complex.

"It's rare to find city-owned turf playing fields for leagues to play on, so we're thrilled that the voters of Broken Arrow supported a financing package to convert grass fields into artificial turf for our kids," said Chad Lott, President of the Broken Arrow Youth Football Association.

Both football and lacrosse teams plan to utilize the fields year-round.