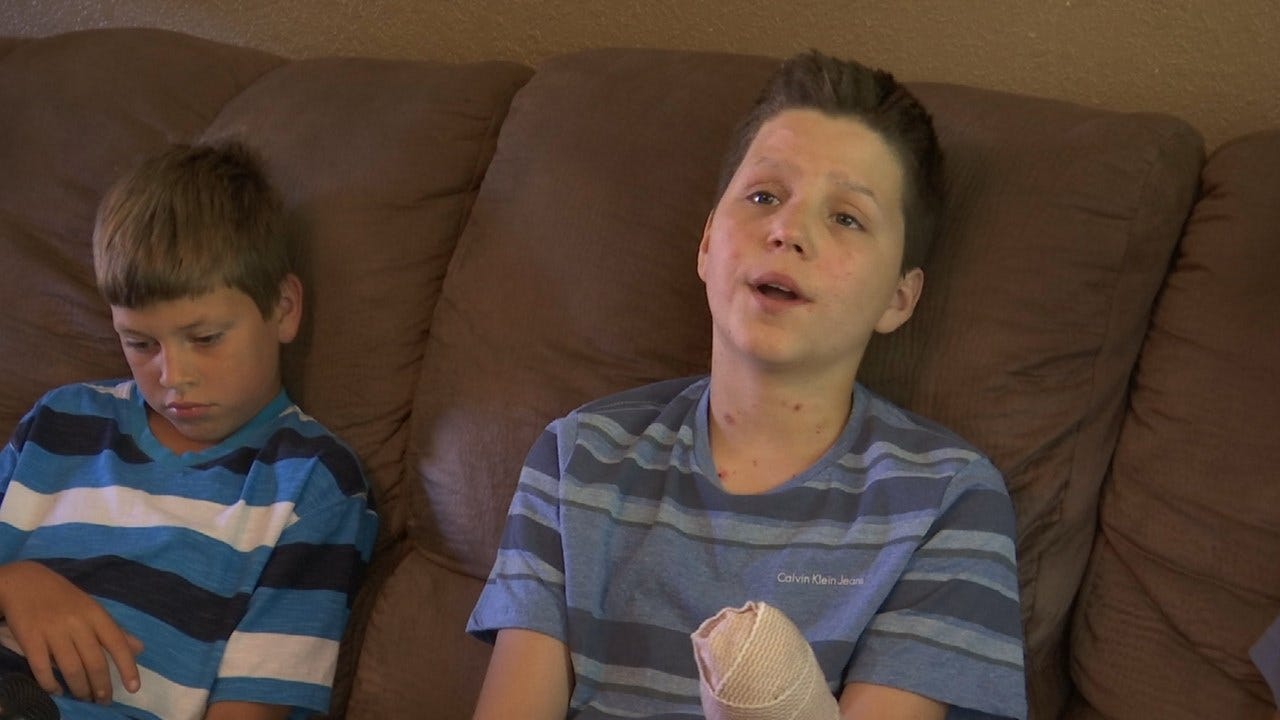 A 13-year-old boy lost his left hand after a firework he was holding exploded on July 4.

All things considered, Damian Burr says he's doing well. He says he's proud of how well he's learned to do simple things, like brushing his teeth on his own again.

Damian says he knows his dad was holding a lighter, but he can't explain what happened next.

"It just exploded. It hurt so bad," he said.

Damian says he remembers a white flash and a lot of blood.

"My pants were like a tannish color, but they were completely red. And so was my shirt. It looked like they were made to be red."

His dad rushed him to the hospital.

"When we finally got there, I walked up to the counter and there was this woman standing right there. I said, 'Please help me, I don't want to die.'" Damian said. "Lots of stuff was running through my head, like what's going to happen to my life? How is this going to affect me?"

Damian had to have his hand amputated four hours later, but now he's determined to be as independent as possible.

His mom, however, is already working on getting him a new hand, which is why she created his Go Fund Me page.

"I work a full-time job, but I'm not able financially to provide a hand for him. He's 13 years old and he shouldn't have to worry about anything," said Jessica Blatchford, Damian's mom.