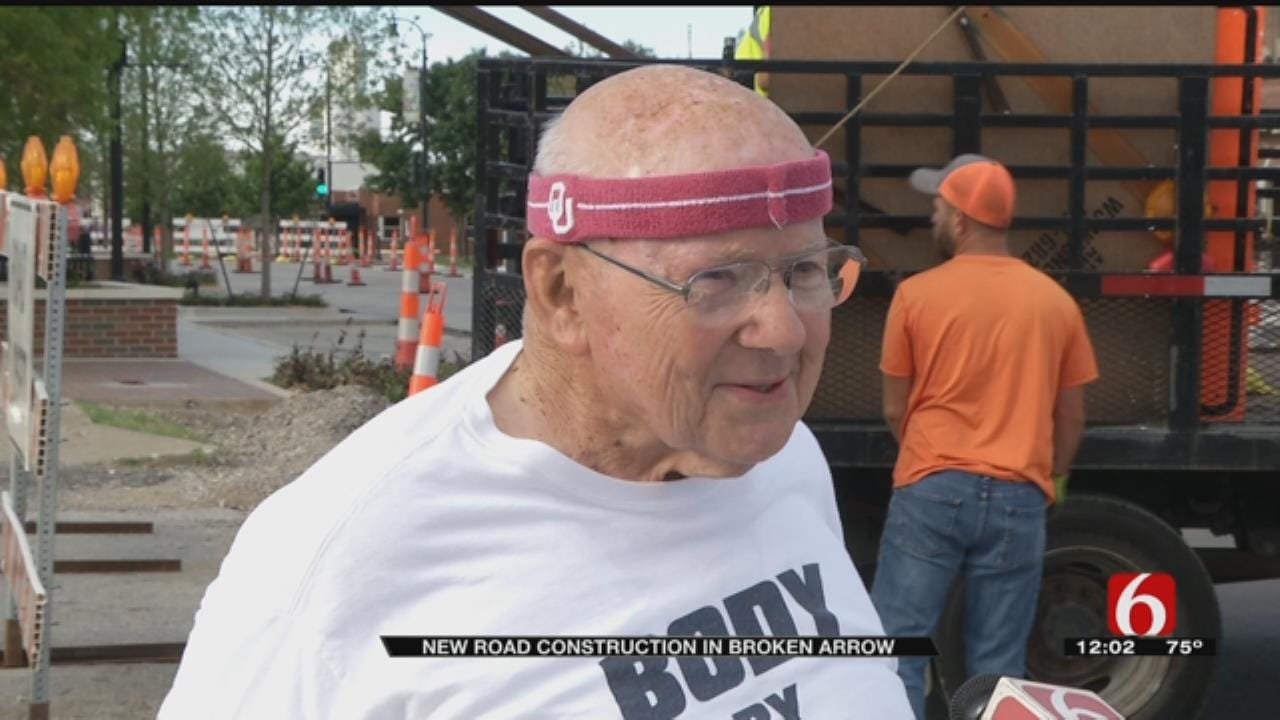 A new construction project in Broken Arrow is shutting down a portion of the Rose District.

It's having an impact not only on drivers but also pedestrians in the area, especially runners.

Detour signs were set out along Main Street in Broken Arrow around 8 a.m. Monday.

The signs are set out at College and Elgin Streets letting people know the Main and Detroit intersection is closed.

The city said it plans to build bike lanes along North Main Street and will also do a traffic study in the area.

William Dunbar said he's seen a lot of construction lately on his morning run, but he said he's happy the crews are making progress.

"They had this corner knocked out here where I go around the corner but they've got it open now so that's nice," Dunbar said.

The city says this intersection should be shut down for the next two weeks.