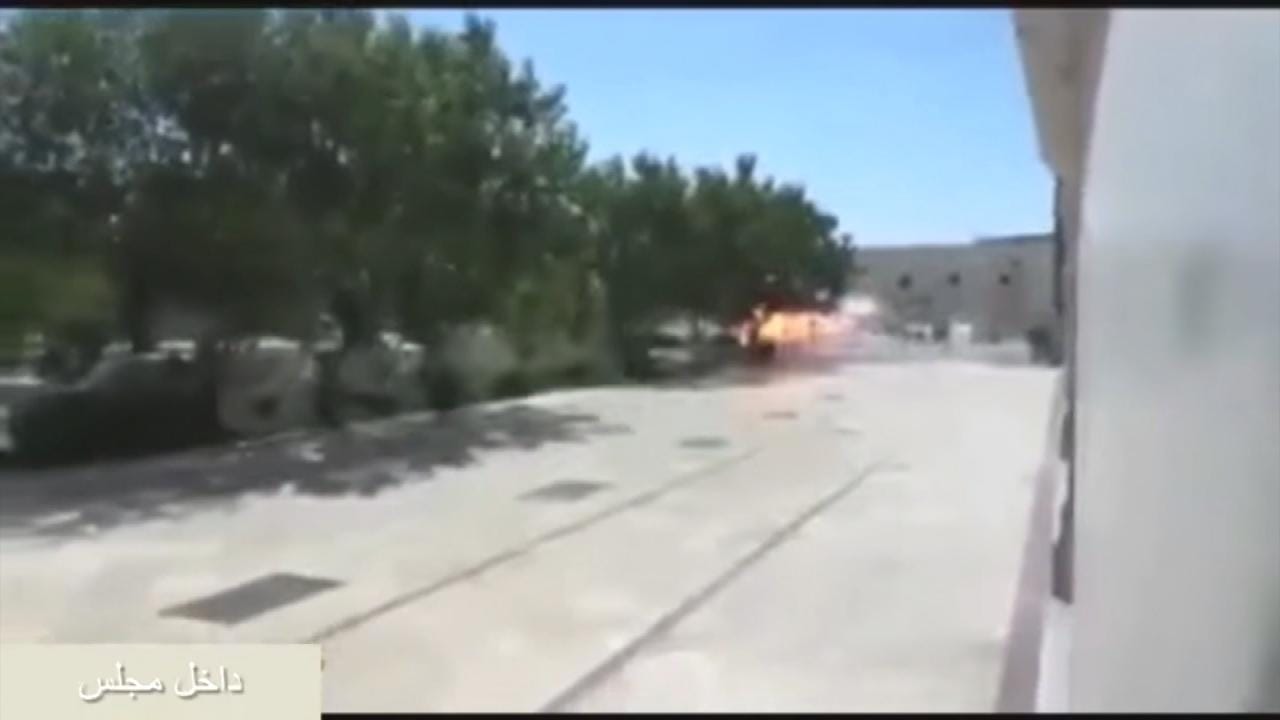 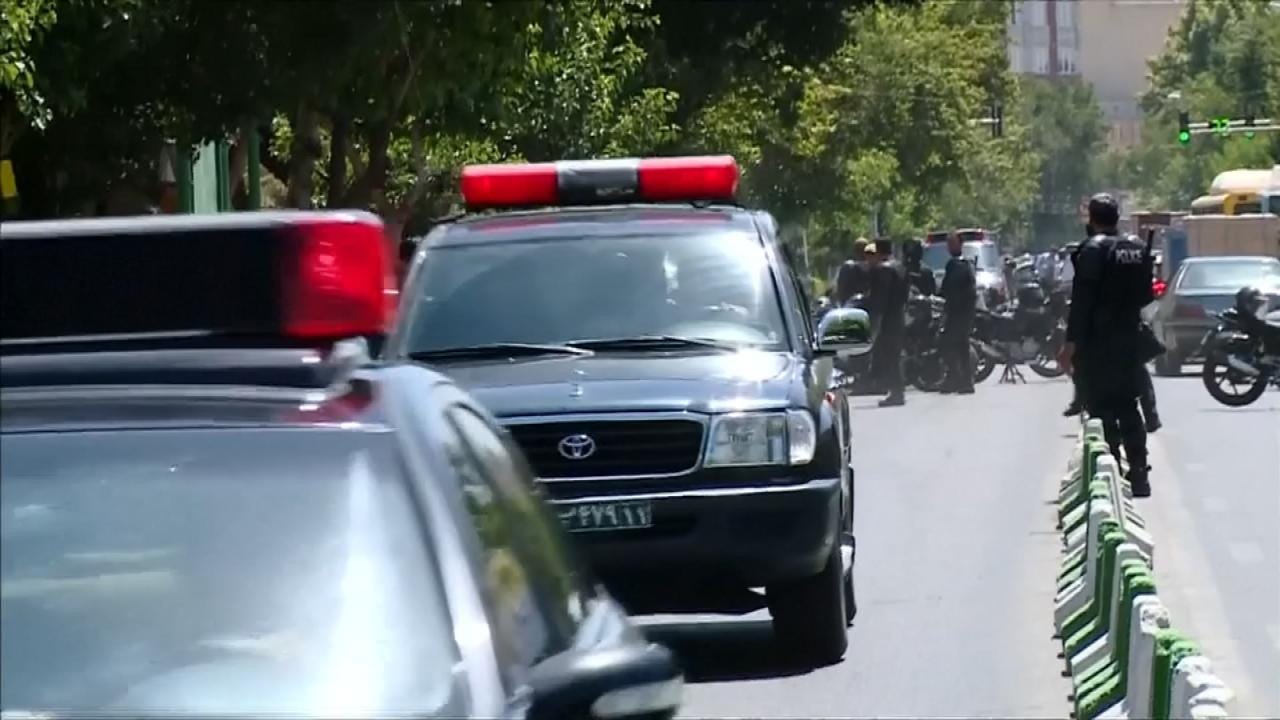 Gunmen and suicide bombers attacked Iran's parliament and the shrine of its revolutionary leader on Wednesday, killing at least 12 people, wounding dozens and igniting an hours-long siege at the legislature that ended with four attackers dead.

The Islamic State of Iraq and Syria (ISIS) group claimed the attacks, marking the first time the Sunni extremists have taken responsibility for an assault in Shiite-majority Iran. The militants are at war with Iranian-backed forces in Syria and Iraq, and view Shiites as apostates.

The attacks began mid morning when assailants armed with Kalashnikov rifles stormed the parliament building. One of the attackers later blew himself up inside, where a session had been in progress, according to a statement carried by Iran's state TV.

A 24-second video released by the ISIS group's Aamaq news agency purported to show the siege. The video, circulated online, shows a gunman and a bloody, lifeless body of a man lying on the ground next to a desk.

A voice on the video praises God and says in Arabic: "Do you think we will leave? We will remain, God willing." Another voice repeats the same words. The two appeared to be parroting a slogan used by IS spokesman Abu Mohammad al-Adnani, who was killed in Syria last year.

Shops in the area were shuttered, and gunfire could be heard. Witnesses said the attackers were shooting from the fourth floor of the parliament building down at people in the streets below.

"I was passing by one of the streets. I thought that children were playing with fireworks, but I realized people are hiding and lying down on the streets," Ebrahim Ghanimi, who was around the parliament building when the assailants stormed in, said. "With the help of a taxi driver, I reached a nearby alley."

Police helicopters circled over the parliament building and all mobile phone lines from inside were disconnected. The semi-official ISNA news agency said all entrance and exit gates at parliament were closed and that lawmakers and reporters were ordered to remain in place inside the chamber.

"Iran is an active and effective pillar in the fight against terrorists and they want to damage it," he said.

Soon after the parliament attack, a suicide bomber and other assailants targeted the shrine of Ayatollah Ruhollah Khomeini located just outside the capital, Tehran, according to Iran's official state broadcaster. It said a security guard was killed and that one of the attackers was killed by security guards. A woman was also arrested.

Khomeini, who died in 1989, is a towering figure in Iran. He led the 1979 Islamic revolution that toppled the Western-backed shah and became Iran's first supreme leader.

The ISIS group often claims attacks around the world, even when links to the group cannot be confirmed and appear dubious. Iranian security officials have not said who they suspect is behind the attacks, though state media has referred to the attackers as "terrorists".

Sunni extremists, including the ISIS, despise Shiite-majority Iran. Iran has also come under attack in the past by Arab insurgents.

The unusual attacks in Iran prompted the Interior Ministry to call for an urgent security meeting, according to the state-run IRNA news agency. Officials at one point urged people to avoid using public transportation until further notice.