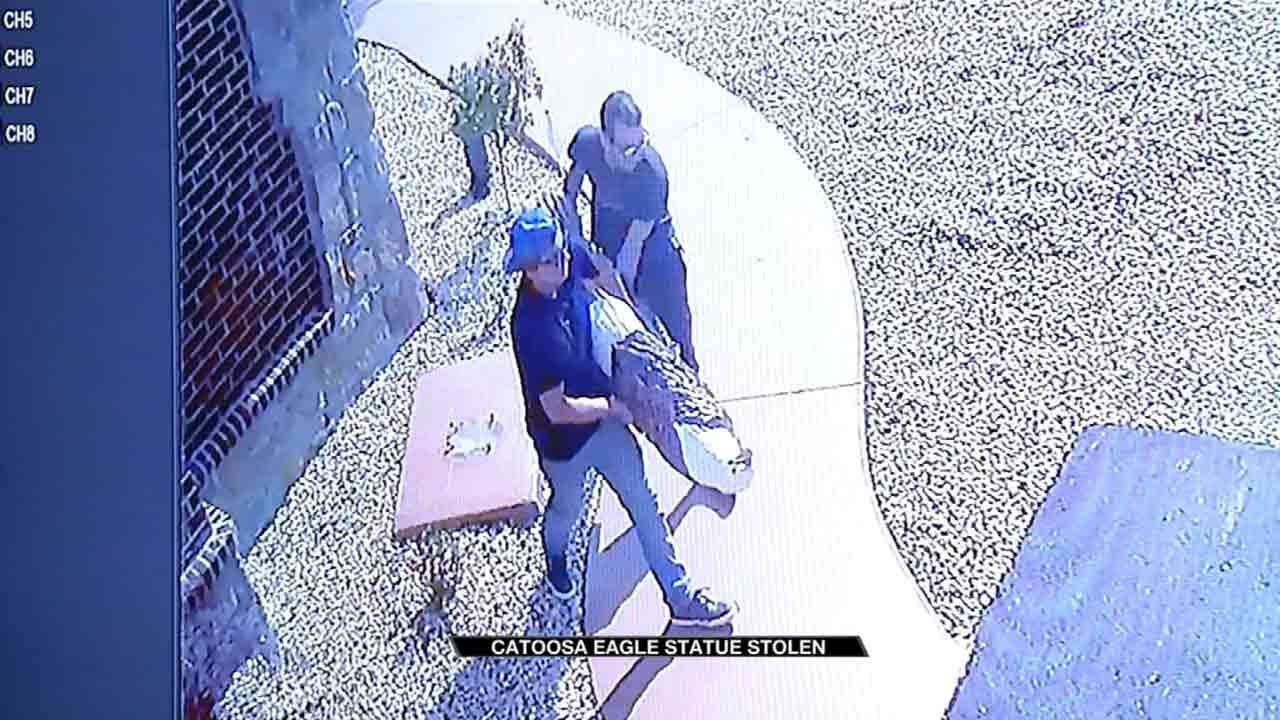 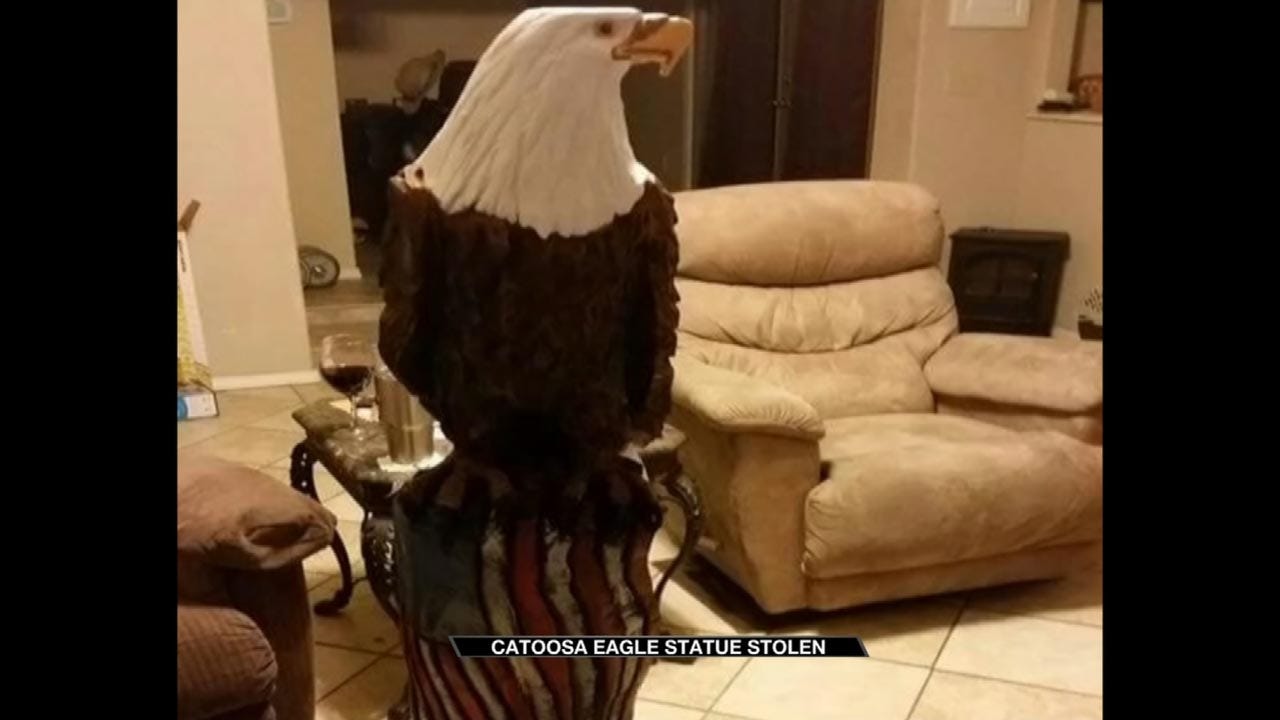 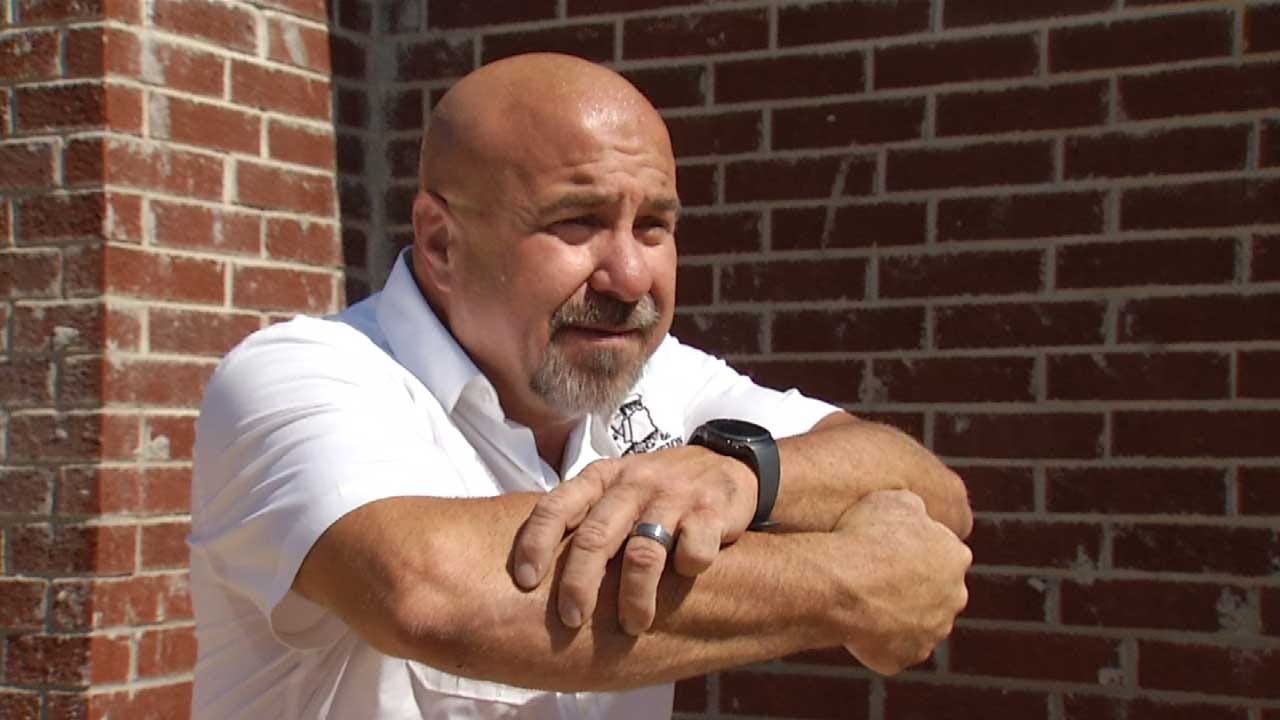 A symbol of America’s freedom was taken Sunday morning when two men took a bald eagle statue from the front yard of a Catoosa home.

After the owners of the stature made a plea for its return, police located the statue.

Many people wouldn't think much about a missing carved bald eagle, but for Navy veteran Kelly Berry, he's more than a statue, he's a representation of generations of servicemen and American freedom.

"We brought him here to represent the patriotism. We have a brand-new house. We were married on the Fourth of July. I'm part of the Patriot Guard. We are part of the United States and want to show a little bit of pride in it."

The eagle's name is Noble and he was bolted down when he was taken.

"This kid wanted to give up. Something in his brain said, ‘No, I'm out of here, let’s leave him alone.’ ‘Nope, get over here,’" Berry said watching the video.

The family said not only did they feel violated, they felt like a family member was missing.

"Noble is very proud he stands tall. He has an American flag in his talons. And he just represents pride," Berry said.

In about 30 seconds, the guys swooped in and ripped Noble off his base, loaded him into an older model Toyota Camry and took off.

Berry had a feeling, one day, someone may take Noble, so he bolted him down and pointed a surveillance camera toward him, never truly expecting someone would so freely steal the symbol of freedom.

"It took both of them to carry him off and I have to bear hug him to move him," he said.

Police said they found Noble in an apartment on Memorial Day. They said one suspect was arrested and a warrant is issued for the other.

Berry said Noble will stay inside for a while.