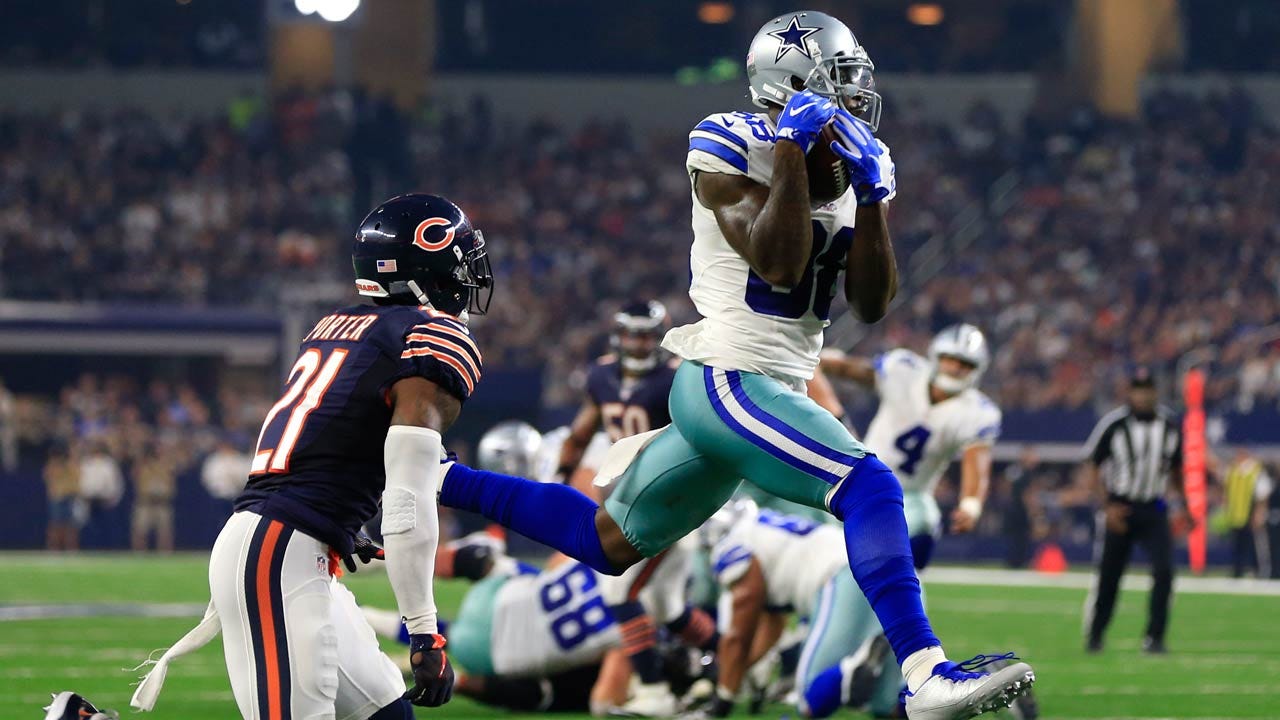 Dez Bryant has a slight hairline fracture in a bone in his right knee, though Dallas coach Jason Garrett says the receiver might not miss a game.

Bryant didn't practice Wednesday, three days after getting hurt in a win over Chicago, and the same day the team got back results of an MRI.

"We've had players with this kind of injury who missed no time in the past and other players who have missed up to a week or more than that," Garrett said. "We'll see how he does. When he comes in (Thursday), see how he feels and we'll make our evaluations there as we go forward."

Bryant injured the knee on his first catch on the opening series against the Bears but came back in the first quarter. He caught his first touchdown of the season in the fourth quarter of the 31-17 win.

Bryant missed seven games last year after breaking his foot in the opener. He also dealt with knee and ankle injuries last season.

"We're just going to run our game," said rookie quarterback Dak Prescott, who has started the first three games while Tony Romo recovers from a broken bone in his back. "Nothing is really going to change whether Dez is or isn't there. He'd be great to have out there, obviously. He gets a lot of attention. But our game plan continues to work."

The 2014 All-Pro went down awkwardly on his right leg when he was tackled by Bears linebacker Christian Jones. Bryant finished with three catches for 40 yards a week after getting season highs of seven receptions for 102 yards.

"He got his workout in around noon today," Garrett said. "Looked like he was moving around pretty good. We've got a number of guys who have injuries on our team. What we do is they come in, they go to the trainers and say, 'Hey, this is how I'm feeling.' We'll keep making our determinations based on the work that they do have."

Pro Bowl left tackle Tyron Smith missed practice also after being inactive against the Bears when a back injury flared up late last week.