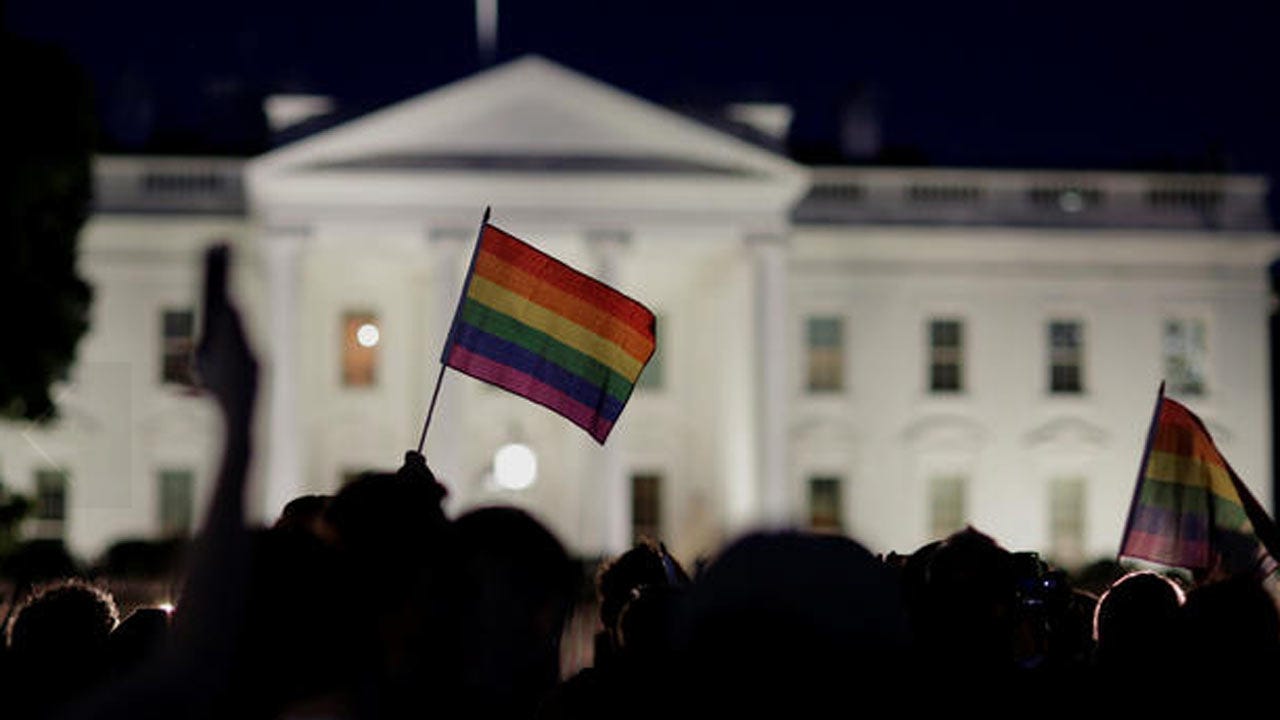 Authorities have started to name the victims of the mass shooting at a gay nightclub in Orlando, that left at least 49 victims and the shooter dead, and 53 people injured.

The massacre happened on Latin night at the Pulse nightclub in the heart of Orlando, a city best known for its theme parks. Florida Governor Rick Scott said many of the victims were from Puerto Rico. The Mexican Foreign Ministry said at least three of the victims were Mexican citizens.

The City of Orlando has been releasing names online of deceased victims.

Here is what is known about them so far:

Edward Sotomayor was a caring, energetic man known for wearing a silly top hat on cruises, said David Sotomayor, who identified himself as the victim's cousin.

David Sotomayor, who lives in Chicago, told The Associated Press Sunday that Edward worked for a company that held gay cruises and often traveled to promote the company's events.

"He was just always part of the fun," David Sotomayor said.

The two discovered they were related after meeting at Orlando's annual Gay Days festival around a decade ago. They texted regularly and kept in touch, last seeing each other earlier this year at a filming of the television reality show "RuPaul's Drag Race," David Sotomayor said.

David Sotomayor is a drag queen who appeared on a season of the show using the name "Jade." He said Edward Sotomayor supported him and often sent him Facebook messages. They last exchanged messages late last week.

"You never think that's going to be the last time you speak to him," David Sotomayor said. "It's just heartbreaking to know it just can happen anytime."

Stanley Almodovar III's mother had prepared a tomato-and-cheese dip for him to eat when he came home from his night out.

Instead, Rosalie Ramos was awakened by a call at 2 a.m. Sunday telling her something had happened.

Ramos told the Orlando Sentinel her son, a 23-year-old pharmacy technician, posted a Snapchat video of himself singing and laughing on his way to Pulse nightclub.

"I wish I had that (video) to remember him forever," she told the newspaper.

A friend, Hazel Ramirez, told the Washington Post she also saw a video from Almodovar on Snapchat and learned Sunday afternoon what had happened.

Ramirez described Almodovar as "kind, but sassy," and someone who was comfortable with his own sexual identity.

"He was so proud of who he was," she told the Post. "He would do his makeup better than anyone else. It was so easy to be myself with him."

Juan Ramon Guerrero, 22, had told his cousin Robert Guerrero, that he was gay about two years ago but he was worried about how the rest of his family would react so he did not tell them until just before the beginning of this year. And when he did? "They were very accepting," said Guerrero, 19. "As long as he was happy, they were OK with it."

On Sunday morning, after learning that so many people had died at a gay nightclub, Pulse, that his cousin had gone to once in a while, Guerrero started to become concerned. Later in the day, his fears were realized when the family learned that Guerrero was identified as one of the victims.

"He was always this amazing person (and) he was like a big brother to me," he said of his cousin. "He was never the type to go out to parties, would rather stay home and care for his niece and nephew."

Gonzalez-Cruz -- known among family and friends as "Ommy" - was always the life of the party.

"Peter makes a difference everywhere he goes. He was a happy person. If Peter is not at the party, no one wants to go," his aunt, Sonia Cruz, said.

Gonzalez-Cruz went to Pulse on Saturday night with his best friend, 25-year-old Gilberto Ramon Silva Menendez. After news of the mass shooting emerged, Cruz said she held out hope for hours that her nephew would turn up in a hospital bed.

But late Sunday afternoon, she was told he was among those killed at the club.

Cruz said she had her nephew's car keys and was hoping to collect his car Sunday evening. It was parked at a Wendy's across the street from Pulse, one of many with yellow police caution tape tucked under the windshield wipers, vehicles left behind by victims of the shooting.

Everyone loved Luis Vielma, friends said. High school friend Eddi Anderson told the Tampa Bay Times that Vielma loved his job and was known for his pleasant attitude and warm demeanor. Josh Boesch, who worked with Vielma at Universal, told the Orlando Sentinel, "He was always a friend you could call. He was always open and available." Vielma "just wanted to make people smile," another co-worker, Olga Glomba, said.

Kimberly Morris moved to Orlando just months ago and had taken a job at Pulse nightclub as a bouncer, the Orlando Sentinel reported.

"She was so excited," ex-girlfriend Starr Shelton told the newspaper. "She'd just started working there and told me how she was thrilled to get more involved in the LGBT community there," Shelton said.

Narvell Benning met Morris when they were in college at Post University in Waterbury, Connecticut, where Benning said they both played basketball. "I can't think of a time when I did not see a smile on her face," Benning told the Sentinel. "I'm so thankful of the good memories I have of her. This is just unreal."

Mina Justice was sound asleep when she received the first text from her son, Eddie Justice, who was in the gay nightclub when a gunman opened fire.

Early Monday morning, Eddie's name was added to the list of the deceased.

He wrote in a text to his mother that he was in the bathroom.

More than 15 hours after the texts with her frantic son, Justice still hadn't heard from him. She and a dozen family and friends were at a hotel that had become a staging area for relatives awaiting news. Any news. Early Monday morning, Eddie was added to the list of the deceased.

"She was very outgoing," Nancy Flores said of Mercedez Flores. "She had lots of friends. They used to always meet up at Pulse."

Born in Queens, New York, the 26-year-old Flores moved to Florida when she was a child, her sister-in-law said. She worked at Target and studied at Valencia College, a local community college. She wanted to become a party planner so she could coordinate events with her two older brothers, who are both DJs.

Alvear, 25, had bonded with friend Sandy Marte over breakups and health problems. Marte said he was trying to comfort her after the breakup. She had lost a lot of weight following gastric bypass surgery and Marte encouraged her to socialize and enjoy life.

"She was loving, she was caring, she always had an open ear, she always wanted to help people," Marte said of his friend Alvear. "She had an amazing heart. She was a really good person."

Both women posted on Snapchat from the nightclub before the shooting.

Flores' family spent hours waiting at Orlando Regional Medical Center, then a staging area at a nearby hotel.

Someone came to read the names of victims still hospitalized or being released. Mercedez Flores' name wasn't on the list.

It wasn't until the early hours of Monday that her father got a call from the sheriff's office that his daughter had died, Nancy Flores said.

Marte said a post from Alvear on Snapchat showed a packed club full of revelers, flashing lights and thumping music. Then a selfie video of Alvear with a series of gunshots in the background.

Marte said he understands what it's like to be at a nightclub during a shooting. He was at the Glitz Ultra Lounge in Orlando in February when two people were killed. He said he froze in place from the shock of it.

For updates on this story and images of the victims, you can see the full version on the CBS News website.