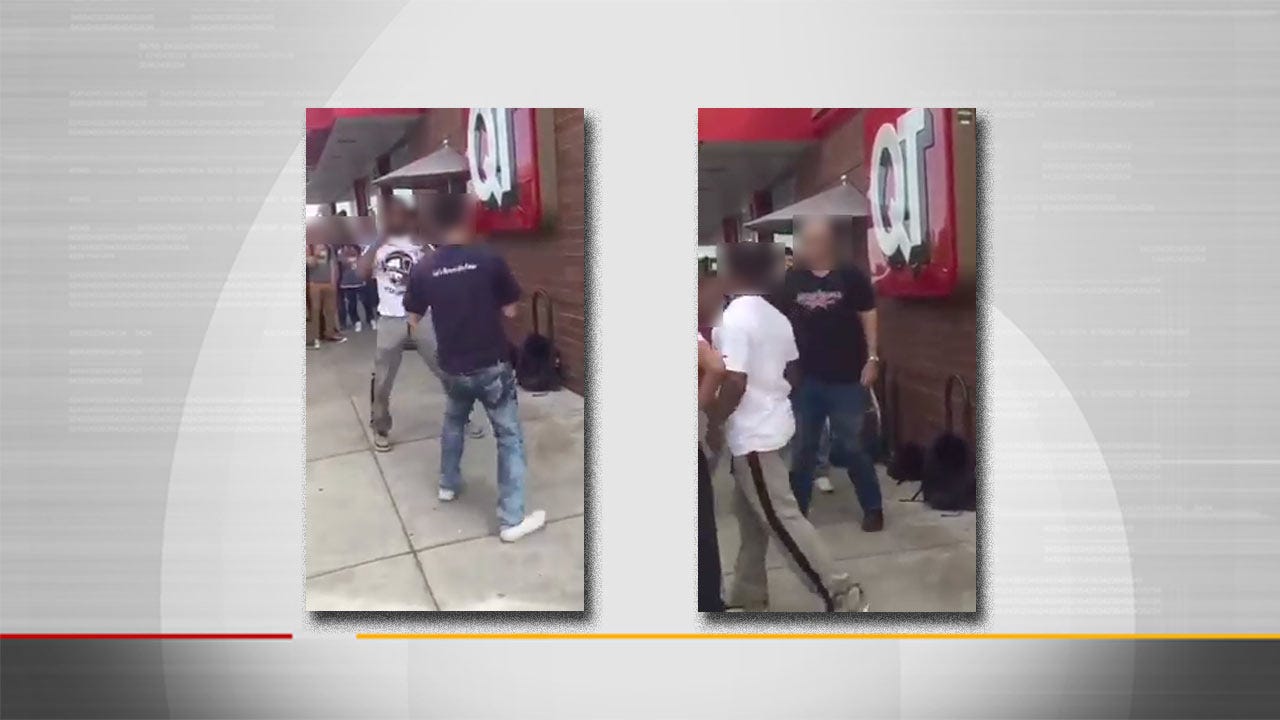 Owasso Police said Monday they will be strictly enforcing the loitering ordinance at the QuikTrip store near the high school.

The announcement comes after video of several fights and what appears to be an assault was shared hundreds of time on Facebook on the evening of Friday, April 8, 2016.

The video shows a crowd of young people reacting to at least two fights, as well as a young male punching an older man. The older man has been identified as Gary Stephenson, a retired Tulsa police officer who was trying to break up the fights.

On Monday, Owasso Police announced that, with the cooperation of QuikTrip corporate management, officers would be strictly enforcing the loitering ordinance at the QT store located at East 86th Street North and North 129 East Avenue.

Owasso Police said they strongly discourage parents from using the store as a school pick-up/drop-off location.