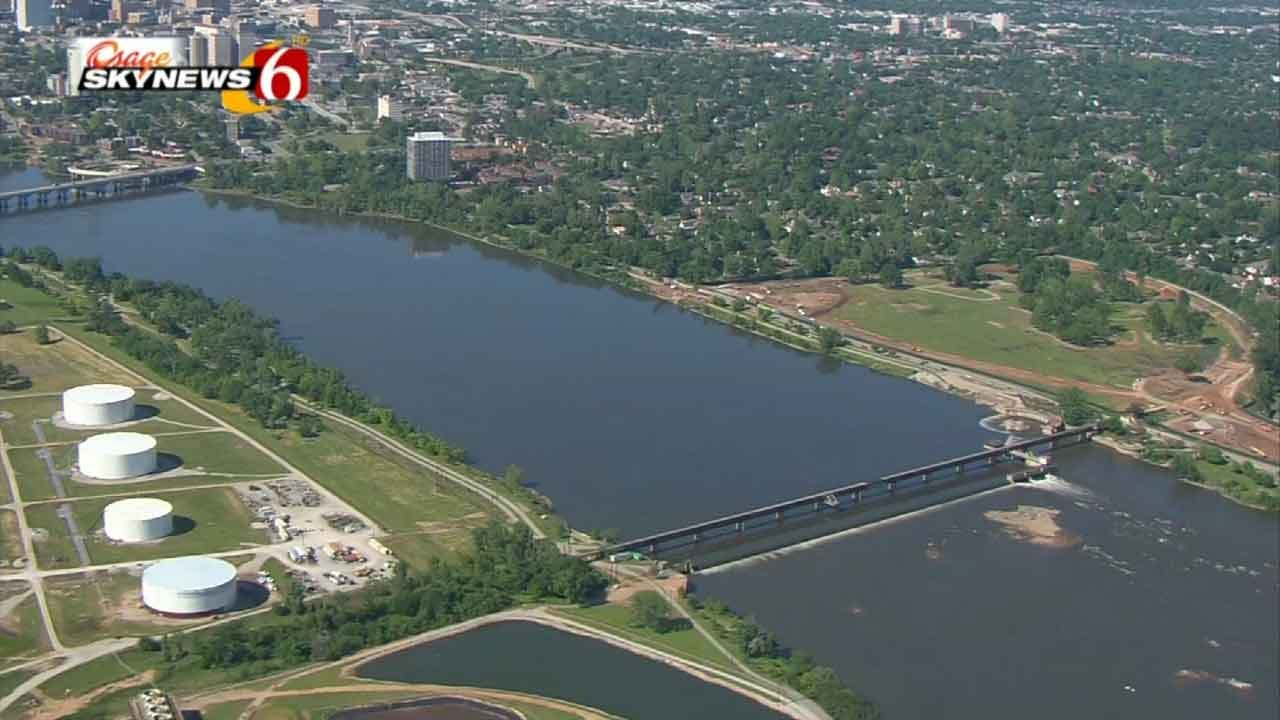 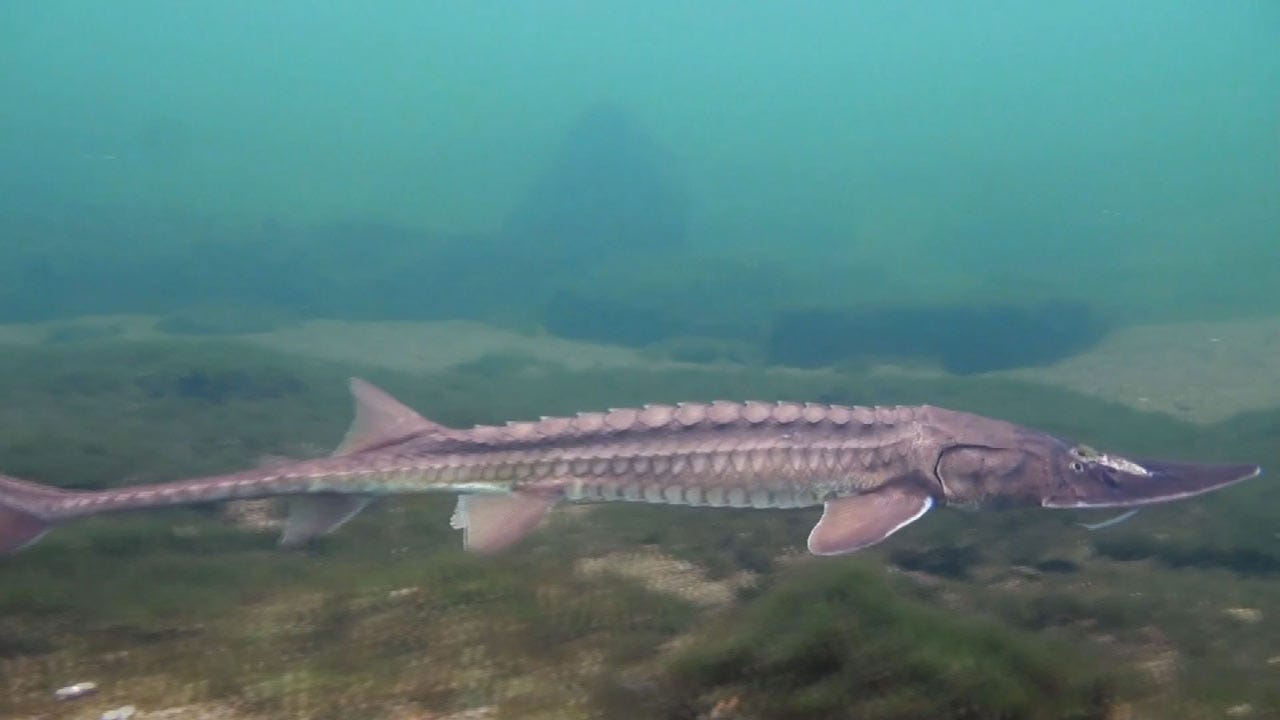 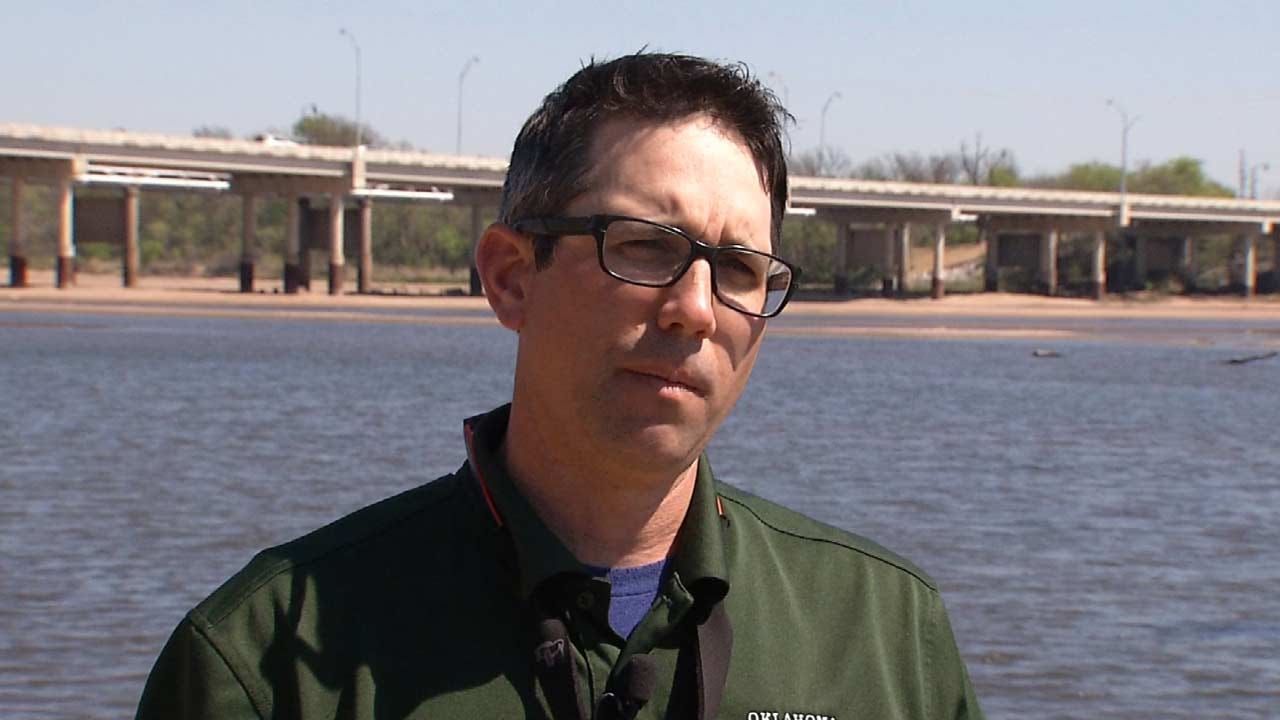 Of the proposal, $63 million would go toward putting water in Tulsa’s and Jenks' stretch of the Arkansas River.

The plan is to renovate Zink Dam and retrofit it with state-of-the-art gates, then, build another dam that would pool up water between South 71st and South 104th Street. The idea is the little lakes would create the opportunity for recreation on the river and encourage development and economic growth.

But, biologists said that could be at the expense of some of the state's more rare species.

Sand islands and braided channels are what make the prairie stream that is Arkansas River.

The City of Tulsa isn’t trying to recreate the Mississippi River, but it wants to see more water in the river. Its proposal: Create two lakes through replacing Zink Dam and building a new one downstream.

“We're on that knife's edge already of being too fragmented. It's taken the perfect year to get these fish where they are. They're persisting, but just barely,” Johnston said.

Johnston has studied the river and the species that call it home for years. He said adding another dam could severely hurt or even wipe out several native fish, like the shovelnose sturgeon, American eel, white bass, sauger and paddlefish.

The fish that would be in jeopardy migrate far upstream to lay their eggs. The eggs and the baby fish need between seven and ten days to float.

Johnston said in standing water, like a lake, the fish eggs or fry would never survive.

The consultant who has been working with the city on the project since 2005 said making the least environmental impact is a top priority.

“That was essential in the selection in the kind of gates that we picked for the south Tulsa-Jenks Dam,” CH2M Senior Consultant Murry Fleming said.

Fleming said the dam's gates will be able to open and stay flat, which would allow the fish to travel. He said the city would work with biologists to create an adaptive management plan.

“Depending on the flow conditions at the time, the temperature, we'll develop a strategy with the agencies involved, saying under what condition do the gates need to be down,” Fleming said.

Part of that strategy, Fleming said, is to figure out when to open the gates during spawning season, which is roughly from February to June.

“When we have conditions in the river that are conducive to migration, during that spawning season we can come up with a plan to do that,” Fleming said. “There's no sense in having them down if there's no flow coming anyway and the temperatures such that the fish aren't gonna migrate.”

But Johnston said the river is always flowing, even though it may not look like it. He said most of the fish in the Arkansas River are genetically made up to survive and thrive in that sort of harsh environment.

“We're not looking at what we have and being thankful that this is native, this is Oklahoma right here,” Johnston said.

He said for fish to migrate properly, most of the gates would need to stay down throughout spawning season. It wouldn’t work opening and closing them throughout the four-month period, Johnston said.

“I just don't think the city is going to be willing to leave that down long enough,” he said.

Johnston said he's gone to the city's public meetings, but said the city hasn't consulted with his division of the wildlife department since about 2009.

“This one's been the biggest push I've ever seen Tulsa make for these dams and we were not invited to the talks, we were not asked, we were not questioned,” Johnston said. “They say they've had a lot of biological input by some of the greatest biologists, but it's not with my agency, and we are the biologists that work on this system.”

Fleming said his firm has worked with U.S. Fish and Wildlife Service biologists and has relied on studies done by the Oklahoma Wildlife Department back in 2009.

Johnston added biologists have learned a lot in seven years that needs to be taken into account, like how rare the shovelnose sturgeon are still using Tulsa’s stretch of the Arkansas River live and reproduce.