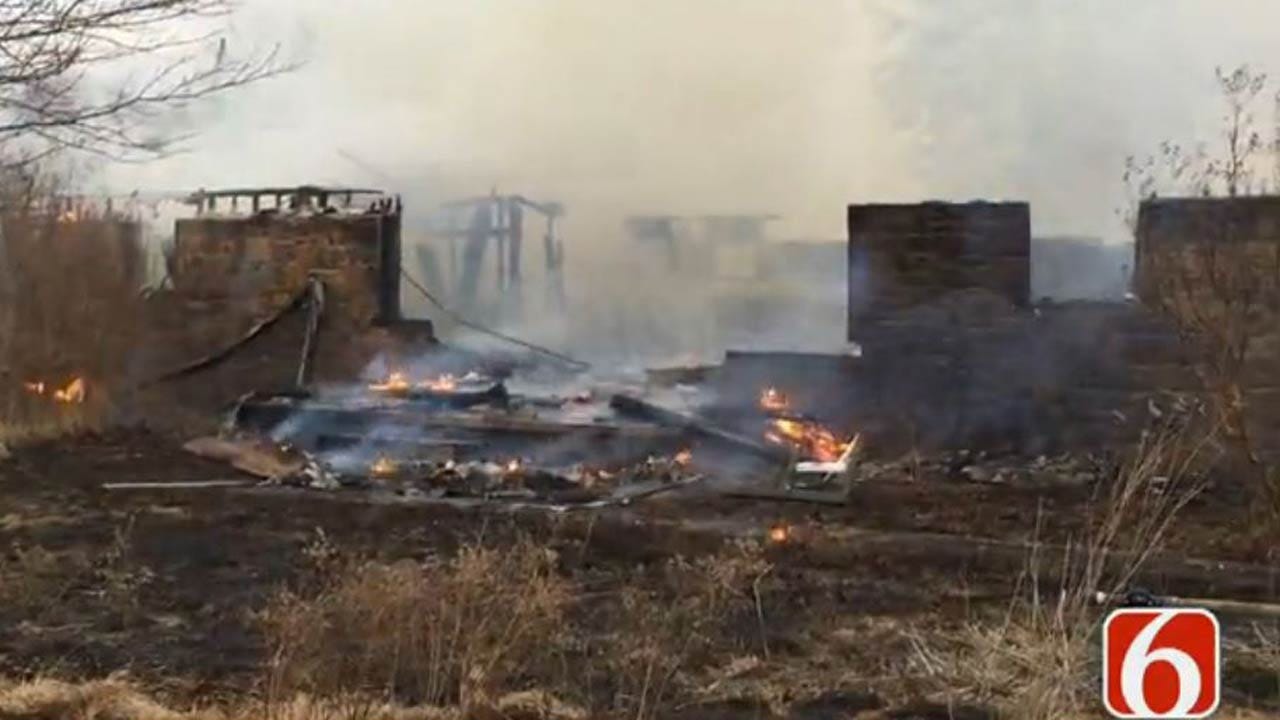 The house was located near 96th Street North and Yale. Firefighters said the power was turned off to the home. They're trying to find the owners and said they consider it suspicious.

Firefighters from at least three departments, including Owasso, Sperry and Collinsville, put the fire out.

No one was hurt. The flames were visible from Highway 75 and witnesses said it caused a traffic slowdown there.