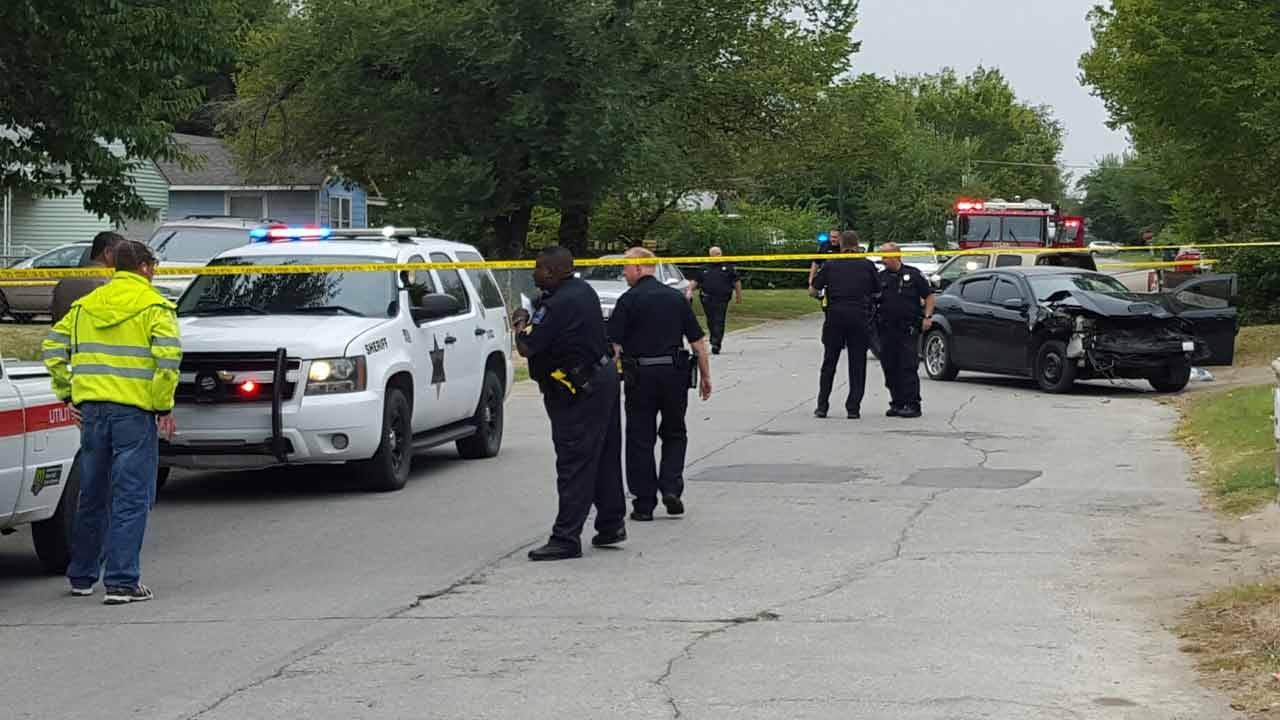 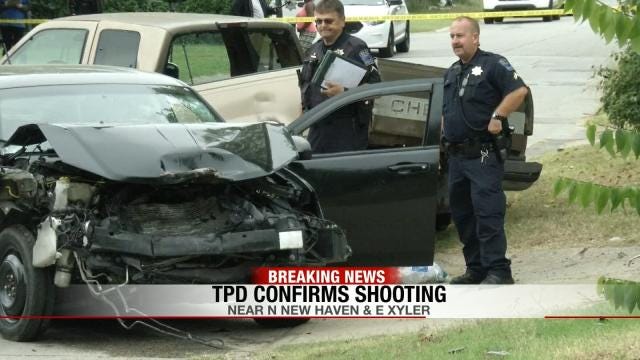 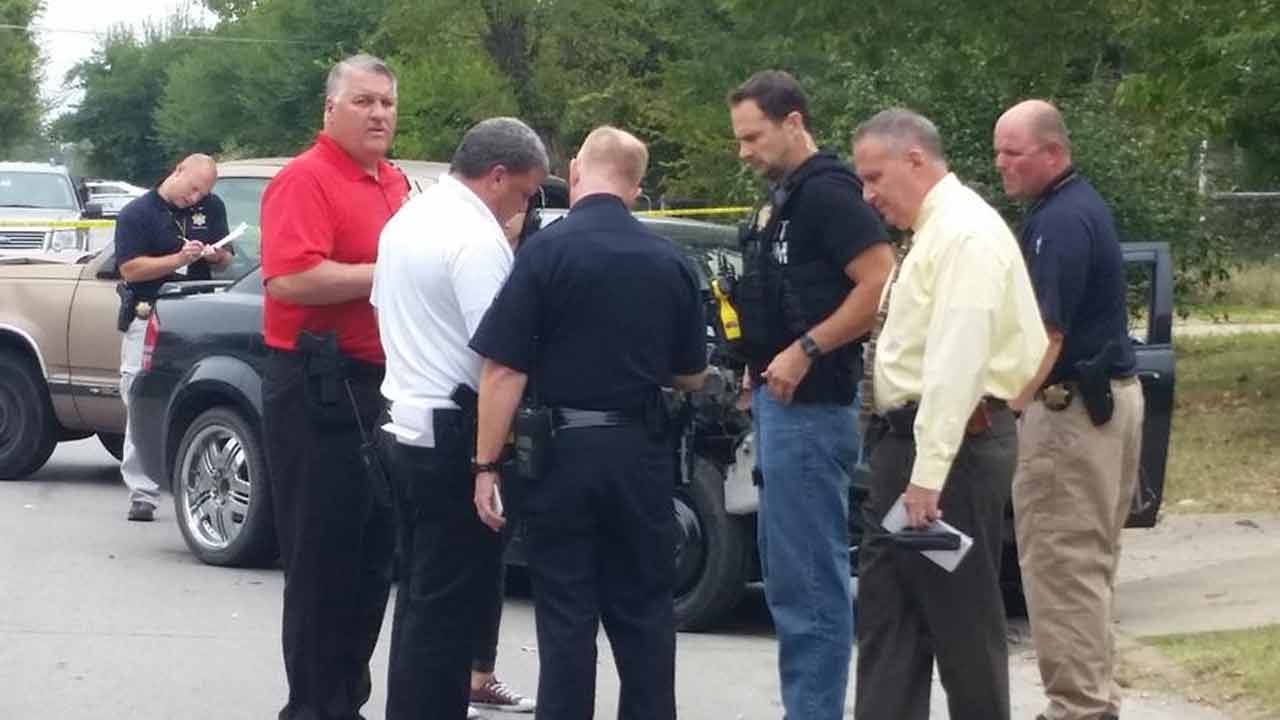 Police say a man has died after getting shot and crashing his car. Police said they are searching for the shooters.

The shooting took place in the 3800 block of East Xyler around 11:15 a.m., according to police. The said the victim hit a parked pickup with his car.

The 911 calls started coming in after people heard gunshots and saw the crash in a neighborhood near Apache and Harvard.

Darryl Davis came to check on his daughter when he heard about the shooting.

One witness said she saw people running away from the crash.

“I was just sitting at the table, writing out my electric bill, and didn't give it much thought until I saw the gun in his hand," she said.

Police said the shooting started somewhere around the 2200 block of North New Haven, between a group of people and a man driving a black four-door car.

They said when they arrived they found an 18-year-old man shot inside a 2010 Dodge Avenger. They said he was taken to a hospital where he was pronounced dead at 6:00 Monday evening.

Police said the man was driving west on Xyler when he was confronted by two pedestrians near New Haven Avenue. They said after the shooting the man crashed into a pickup and the pedestrians ran.

Witnesses said the driver of the car hit a parked pickup truck on East Xyler.

"There's a lot of questions still to be answered at this time, just answers we don't have. We actively have officers in the neighborhood, canvassing, knocking on doors, we're asking anyone with any information to please give us a call," he said.

Police said they are working on developing a motive and searching for suspects. They urge anyone with information to call Crime Stoppers at 918-596-COPS.