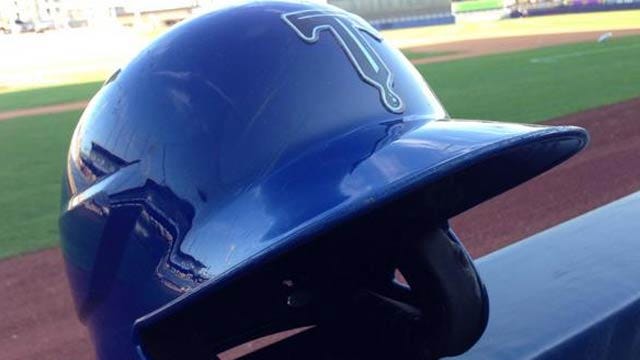 Over 8,000 fans showed up to ONEOK Field looking forward to the first Saturday night post-game fireworks show of the season. But they didn't have to wait until the end of the game to see some offensive fireworks. In a game that featured five home runs between Tulsa and Northwest Arkansas, it was the Drillers who triumphed over the Naturals 4-3 thanks to the combined efforts of their bullpen, some solid defensive work, and the bat of Corey Seager.

The Drillers wasted no time getting on the scoreboard. After J.C. Sulbaran retired the first hitter, the Drillers loaded the bases on back-to-back singles by Daniel Mayora and Corey Seager followed by a walk to Brian Burgamy. After Brandon Dixon flied out, newcomer Paul Hoenecke stepped up to the plate and worked the count full. Hoenecke stubbornly fouled off several pitches before calmly watching ball four go by to earn himself an RBI and put Tulsa up 1-0. But Sulbaran limited the damage from there, striking out Jon Garcia and keeping the deficit at one for the Naturals.

Dusty Richardson rolled through the first two innings for Tulsa, setting the Northwest Arkansas hitters down in order without allowing a baserunner. But the lefty, making his first appearance of the year, seemed to tire in the third.

Naturals outfielder Mike Bianucci led off the inning and struck a no-doubt shot into the left field terrace for the Naturals first hit of the night. It was the fourth homer of the year for the slugging outfielder. Alex Liddi promptly followed and launched a home run of his own over the right field fence as the back-to-back homers turned a 1-0 deficit into a 2-1 Naturals advantage.

Balbino Fuenmayor added to the Northwest Arkansas lead in the fourth as he greeted reliever Ralston Cash with a solo shot to right-center. The ball just eluded a leaping Travis Witherspoon, bouncing on top of the padded wall and into the bullpen. It was Fuenmayor's second homer of the year.

Liddi almost sent another ball into the bullpen in the fifth. But Garcia tracked the ball down against the wall to keep the Drillers within two. And that play would prove to be pivotal.

Batting in the bottom half of the fifth, Seager pulled the Drillers even with one swing of the bat. After Mayora had worked his way on base with a walk, Seager crushed a pitch from Sulbaran into the crowd in the right field berm tying up the ballgame 3-3. The home run was Seager's third of the year through just 15 games, but he wasn't done.

After Naturals reliever Daniel Stumpf had worked a scoreless sixth and recorded two outs in the bottom of the seventh, Seager stepped up to the plate for his first at-bat since his game-tying home run in the fifth. Four pitches later, the game was no longer tied as Seager deposited Stumpf's offering into the Drillers bullpen for his fourth homer of the year giving Tulsa the 4-3 lead.

In addition to scoring two of the four Drillers runs, Mayora helped make sure Tulsa stayed on top. The veteran third baseman made several superb plays on sharply hit ground balls to keep Northwest Arkansas from mounting any kind of rally.

Ralston Cash bridged the gap between the third and the seventh inning, limiting the Naturals to just the solo homer by Fuenmayor before handing the ball off to Chris Reed.

Reed did his job and picked up his first win of the season as he worked two scoreless innings. Facing Dusty Coleman with the potential tying run on third in the eighth, Reed induced a harmless ground ball off the dangerous hitters bat to preserve the slim Tulsa lead.

Blake Smith came on in the ninth and slammed the door emphatically as he struck out the side, earning his third save of the year.

The sellout Saturday night was the third of the year for the Drillers. Fans will get one more chance to see the Drillers on the homestand as they take on the Naturals looking to sweep the four-game series. Tulsa will send RHP Chris Anderson (3-0, 1.50) to the hill to get the job done. Northwest Arkansas will counter with RHP Miguel Almonte (0-1, 6.00.) First pitch is scheduled for 2:05 PM at ONEOK Field.