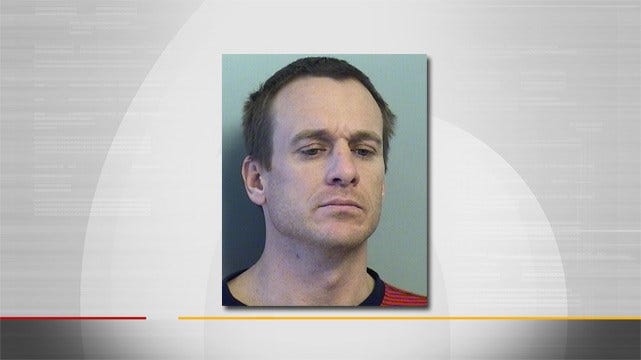 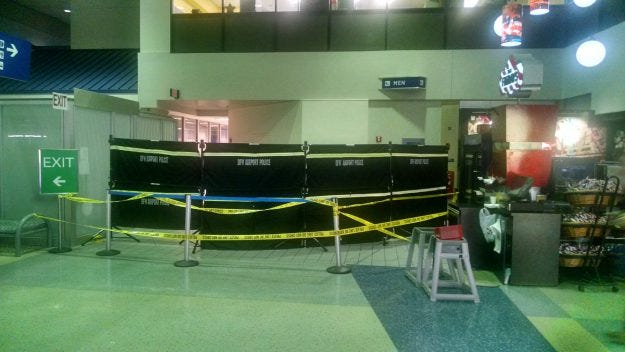 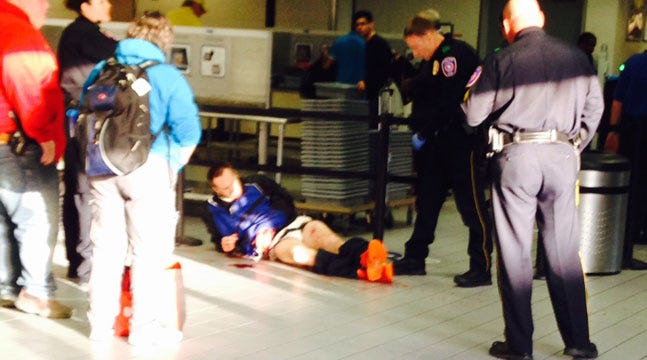 The suspect was being extradited from Utah back to Tulsa through Texas.

Brent Taff, from Sapulpa, was being picked up by two Tulsa County deputies on a warrant for threatening a violent act against a Tulsa County District Judge.

While waiting on a connecting flight, one deputy went inside a restroom with Taff, while another waited outside.

Investigators say Taff suddenly came out of the stall fighting.

"Rushed the deputy from out of the stall, which caught him off-guard, and began assaulting the deputy, striking him several times in the face and the head," said Major Shannon Clark with the Tulsa County Sheriff's Office.

The deputy was able to get to his gun and shot Taff in the hand.

"At least one round off, that we know about. We're not certain how many rounds were fired," Clark said.

Investigators said Taff then ran from the restroom.

They said the second deputy tackled him, with airport police and TSA workers helping to get Taff under control.

"We don't believe that any of his injuries are life threatening, we're hoping he'll have a speedy recovery. We do have a deputy with the suspect now. We have multiple deputies en route to Dallas to sit with the suspect until we determine what the jurisdiction is going to be," said Clark.

Taff also has pending court cases in Tulsa County that involve violating a protective order, threatening violent acts, stalking and kidnapping, in addition to a warrant for threatening a judge.

"Obviously, this kind of brings credence to if he's willing to threaten it, this one is willing to act," Clark said.

The name of the Sheriff's deputy is not being released pending the investigation.

The Dallas Fort Worth Airport Police will be conducting the investigation.