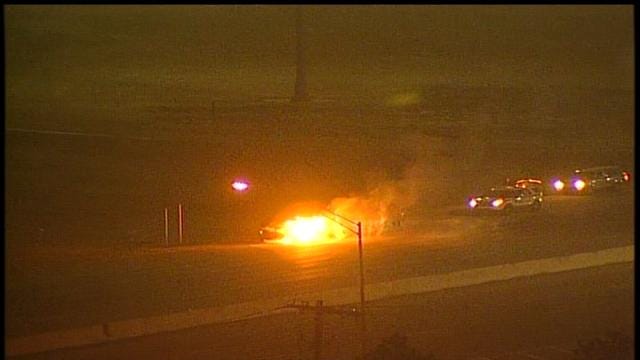 A woman escaped when her car caught on fire Friday morning on the Broken Arrow Expressway near Highway 169.

Tulsa Police said the driver did everything right after she found out her car was on fire.

Officers said the woman told them another driver saw the fire and motioned her to pull over. Police said she immediately stopped on the right shoulder and got out. Police said that is exactly what a driver should do if his or her vehicle catches fire.

Tulsa firefighters arrived a few minutes later and extinguished the fire. The driver was not injured, but the car was destroyed.

The driver told police she ran over something prior to the fire.