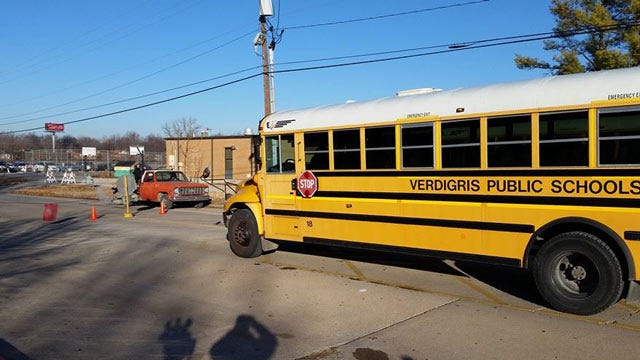 A lockdown Monday morning at Verdigris Public Schools has been lifted.

The Rogers County Sheriff's Office and Verdigris Police say officers were looking for a man who ran away from a hit and run crash about a quarter mile away from the schools.

Police said the truck was believed to be stolen out of Sand Springs and inside officers found an empty gun clip.

The sheriff's office said the schools which were in session at the time were placed on lock down as a precaution, but it was lifted about an hour later after authorities could not locate the man.

Police had a vague description of the man who they described as a white male, wearing a green jacket.