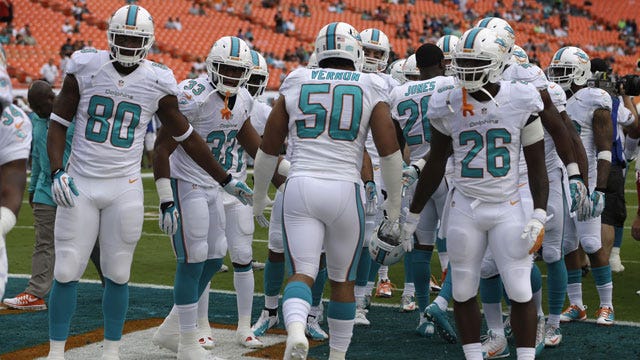 Hickey, who was a three-year starter at defensive back at TU, was named the general manager of the Miami Dolphins on Sunday. The announcement ended a three-week search for Miami after the organization parted ways with former GM Jeff Ireland.

Ireland is remembered by many Oklahomans as the NFL executive who inappropriately asked then-OSU wide receiver Dez Bryant if his mother was a prostitute in a pre-draft interview.

Hickey has spent the past 18 years in the Buccaneers organization, including the past three as the Bucs director of player personnel. He also served as a scout Tampa Bay from 1998 until 2009 and spent six years as the team's director of college scouting.

Hickey takes over an organization in turmoil. The Dolphins missed the playoffs for the fifth-straight season in 2013 and was in the national spotlight for the wrong reasons this year for the bullying scandal involving offensive linemen Richie Incognito and Jonathan Martin.

Miami also hasn't been above .500 since the 2008 season, which is the longest stretch of irrelevancy in franchise history.

Hickey graduated from Tulsa with a bachelor's degree in 1994.