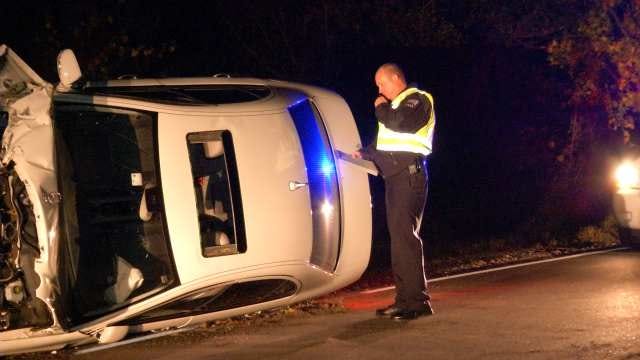 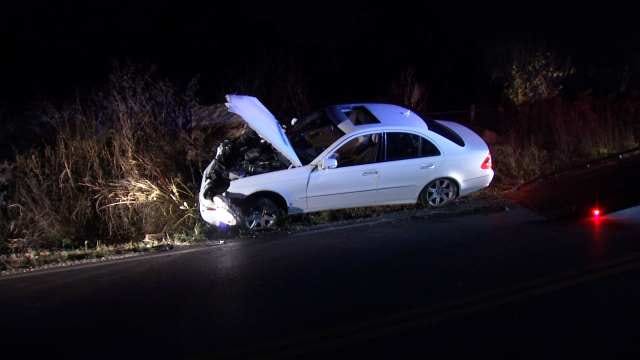 Tulsa police found a car crashed onto a rock near 61st and Elwood. Police found the vehicle at about 2:45 a.m. Friday.

Captain Mike Eckert said the Mercedes was westbound on 61st just past a curve at Elwood when it ran off the roadway to the right.

The car was found rolled over onto the driver's side door.

Whoever was behind the wheel had left the area , apparently through the sunroof, Eckert said.

"We got here, the flashers were on," he told News On 6. "The sunroof was opened up, and apparently that's how the occupant or occupants got out.

"OnStar is talking to us right now, asking if we want to make a collect phone call through OnStar," Eckert said.

Tulsa police were talking to the registered owner of the car.