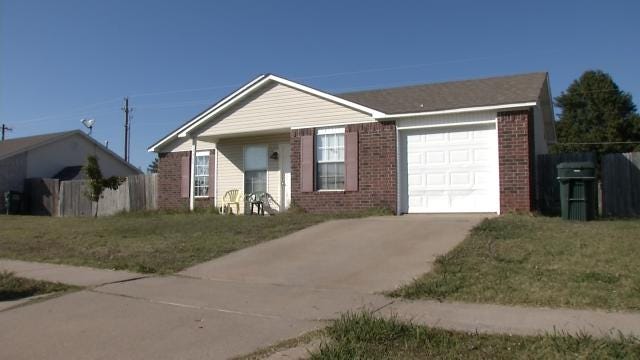 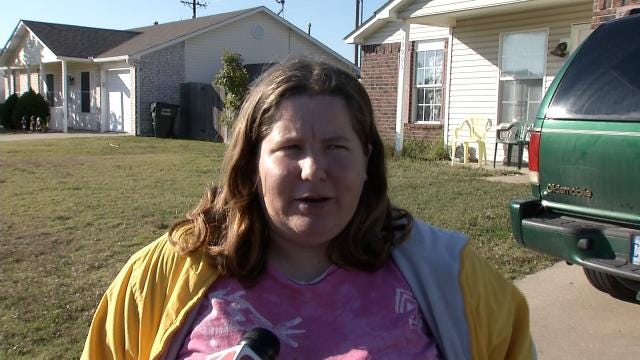 An Owasso woman was held at gunpoint Thursday, as two men ripped through her house, stealing several things.

It happened in the Preston Lakes subdivision near 145th East Avenue and 86th Street North. The home invasion happened in broad daylight, right around lunch time.

The homeowner said she thought it was her friend at the door and never expected to come face-to-face with criminals.

Karen Largent has lived in the quiet, peaceful neighborhood for nearly 13 years. But on Thursday, her sense of security was wiped away in an instant.

"Kind of scared to stay home. I went to my sister's for awhile," Largent said.

She said two white men walked up to her door around 12:30 p.m. She answered, because she was expecting a friend.

"It ended up being two guys asking if I've seen a black weenie dog," Largent said. "And when I said no, they just stood there, and I had a funny feeling. I was going to shut the door, and they held a gun to me."

Largent said one of the men pointed the gun right at the middle of her forehead.

She said she was thinking, "'Please don't shoot me.' That I was going to die, that's all that was going through my mind."

"He made me get to the ground, then they took the TVs and the Playstation 3," Largent said.

Her son was at school when the men barged in.

Neighbors in the Preston Lakes area are now on high alert.

"That's scary. Definitely. Especially [since], I have two kids," said neighbor Jessica Santillan. "I haven't heard anything like that happen here."

Owasso Police Lt. Nick Boatman said, "It is rare. It does happen, unfortunately, but it is rare when we get these calls. It's not something we get daily, so of course we go out with the investigators and we canvas the area real well."

Boatman said officers have a few leads, but don't have a solid description of the suspects.

"If you look out the peephole and you see there's two people there and you're not familiar with them, or you're not comfortable with answering the door, then don't," Boatman said. "If they persist, then call the police and we'll come check them out."

As for Largent, she said she has one message for the robbers.

Largent is on a fixed income and isn't sure how she will replace her stolen things.

As for the investigation, Owasso police are asking anyone who lives in the Preston Lakes area, who may have see anything suspicious, to call police.