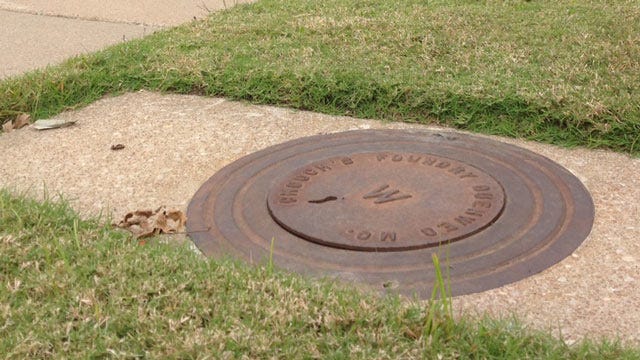 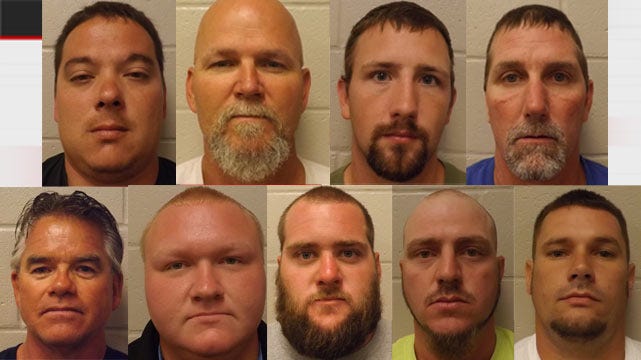 They're accused of selling scrap metal that belonged to the city. The scrap metal was old water meters and parts--copper, brass and lead.

The allegation is that city employees - on city time, in city trucks - were selling city property and keeping the cash.

The nine defendants waited in court to enter their plea--guilty or not on embezzlement charges.

They all work for the city of Bartlesville, all for the water department. It's the city department that's working on replacing all of the city's water meters, all 14,000 of them.

The old ones were supposed to stay in storage until the city sold them for scrap, but according to court records, 2,800 are missing, and some ended up at ABC Scrap Metal.

The meters are made of copper and brass, which sells for up to $2.20 a pound.

The employees at ABC told police that employees in city trucks would come by to sell the scrap and get paid in cash. That's how the investigation started.

The nine employees all face misdemeanor charges of embezzlement, because the dollar amount of the sales appears to be less than $500.

One of the defendants, Lee Axson, faces a felony charge, because police believe he sold at least $700 worth of scrap metal.

The men didn't have anything to say as they left court, where they entered not guilty pleas, and were told to come back next month.

All of them were identified as being part of the crime by either their fellow employees, or through photo lineups shown to the scrap metal dealer.

Some of the stolen property was recovered at the scrap dealer, where employees say they were told not to speak with the media.

According to police, the employees admitted selling the metal and several said it has been going on for at least a year.