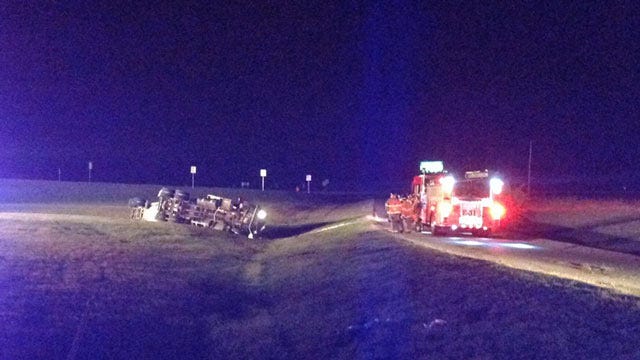 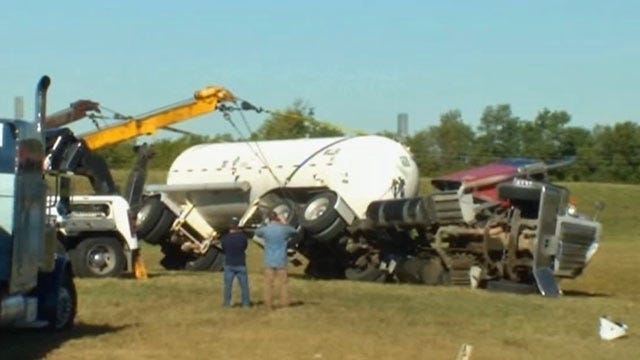 A semi tanker loaded with anhydrous ammonia rolled onto its side on an on-ramp to Highway 169 at 46th Street North early Tuesday.

The Tulsa Fire Department says the tanker is not leaking, but the on-ramp from westbound 46th Street North to northbound 169 is closed. Police say the crash happened at about 5:15 a.m. and did not impact traffic on either 169 or 46th Street North.

EMSA took the driver to the hospital. Firefighters say they expect him to be okay.

Tulsa Fire Captain Stan May says haz-mat trucks stood by as crews unloaded the anhydrous ammonia from the wrecked truck to a second tanker.

Six hours after the crash, a wrecker was able to get the semi back on its wheels and towed off.

Metal Band Poison Is Coming To The BOK Center

News On 6 Metal band Poison is coming to Tulsa in August.

Emory Bryan Tulsa County wants to buy a piece of property that's long been targeted for development along the Arkansas River. A concrete plant on 27 acres is moving, which is opening up new possibilities alongside RiverWest Festival Park.

Jordan Tidwell The City of Coweta is asking voters to approve a one cent sales tax, even though they already did in September.

Kristen Weaver Friends and family of a man killed by a hit and run driver held a balloon release on January 28 near the crash site. Tulsa Police said a driver hit and killed Ryan Carranza as he was walking down Yale near Admiral over the weekend.
View More Stories