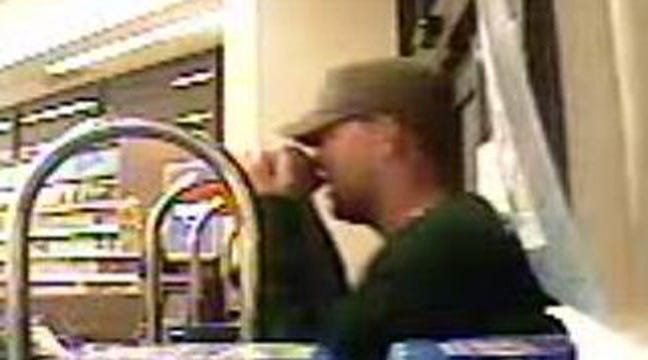 Tulsa Police hope surveillance pictures will help them identify the man who robbed a Walgreens overnight.

Detectives say the man went into the store at East 31st Street and South Harvard Avenue around 3 a.m., pointed a gun at the employee and demanded money.

Police say the robber was partially covering his face with a green towel and wearing a ball cap. He was wearing a green long sleeved shirt and blue jeans. Police describe him as in his mid-20s with short brown hair and blue eyes, standing six feet tall and weighing 175 to 185 pounds.

He left with an undisclosed amount of money in a dark colored SUV, police say.