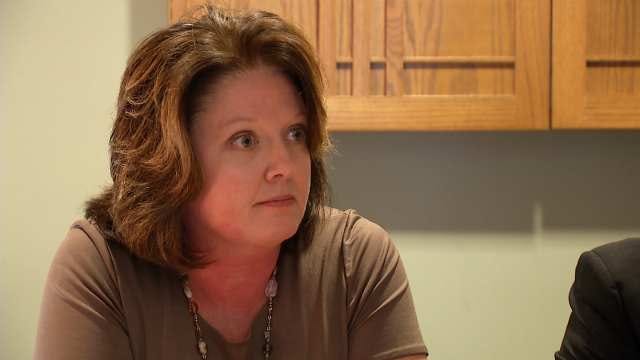 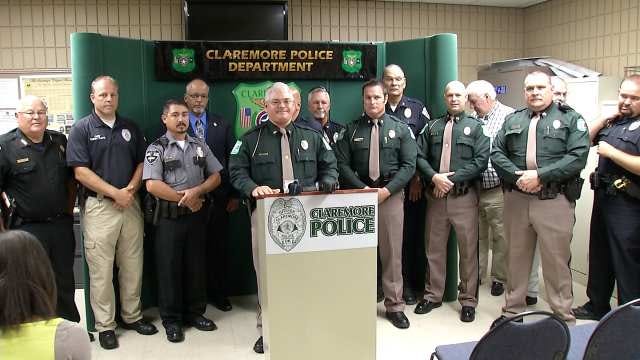 The OSBI has opened an investigation on a Green Country District Attorney. Cops, deputies and sheriffs say there's been a drop in charges filed and a lack of convictions since Janice Steidley took office in Rogers, Mayes and Craig Counties.

But Steidley is standing her ground. Janice Steidley says she's defending herself against unfair claims, and denies any wrongdoing.

"When Janice Steidley became elected DA and stood up and said, 'Listen, I'm not going to prosecute just based upon some police officer's word,' they've now banded against her in some way," said attorney Clark Brewster.

In a news conference, a room full of sheriffs, police chiefs and Claremore city leaders voiced their concerns that Steidley protects the guilty, and acts more like a defense attorney than a prosecutor.

"I was first a prosecutor first, then I became a defense attorney, and now I'm a prosecutor. So again, I have a duty, I have a higher duty, as a prosecutor, to make sure that defendant's constitutional rights are fulfilled. If not, we are jeopardizing our cases and we are also putting our bar license on the line," Steidley said.

Steidley's opponents say she's created an environment that's making it impossible to work together as a team.

"There is no dialogue, there is no exchange of information back, there is no communications," said Rogers County Sheriff Scott Walton. "Everything is kept at a very minimum, and it makes it very difficult to go about this job that way."

"I felt I had a very good relationship with law enforcement, up until this happened," Steidley said.

Police say victims often complain to them about how the DA's office handles their cases.

One victim says his co-worker threw boiling oil on him in front of witnesses, but, five months later, the victim's attorney says no charges have been filed

Reporter Tess Maune: "And what about the victims, who have also come forward? Because it's not just law enforcement complaining, there have been a number of victims come forward as well."

Janice Steidley: "Yes and I understand that, but there is a tight little circle there, where everyone is inner-related."

Another Rogers County group is gathering signatures on a petition, requesting a grand jury investigation of Steidley.

As for the officers, they say an OSBI investigation is their last resort. They say, if agents find there is wrongdoing, let citizens decide what to do next.