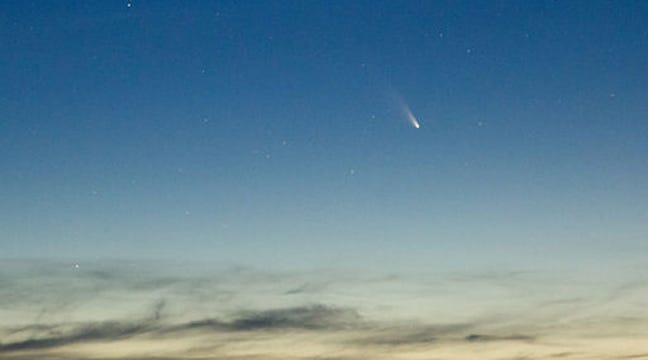 The month of March should be good sky watching for Comet Pan-STARRS. Experts say the comet should be about as bright as the stars of the Big Dipper.

The best dates to view Comet Pan-STARRS may be March 12 and 13 when it emerges from behind the sun, not far from the crescent moon, according to spaceweather.com.

It will be observable at twilight in the western sunset sky.

Comet Pan-STARRS is made up of frozen gasses and dusty materials ejected from the Oort Cloud around Neptune and Pluto.

The comet was first seen from earth in June of 2011, according to NASA. This is its first visit by the earth as it falls towards the sun.

It is expected to be a "naked-eye comet" as it passes about 100 million miles from earth, dipping inside the orbit of Mercury.

Comet Pan-STARRS should produce a nice glow and dust trail, experts predict. Observers in the southern hemisphere say it has been visible even through city lights.