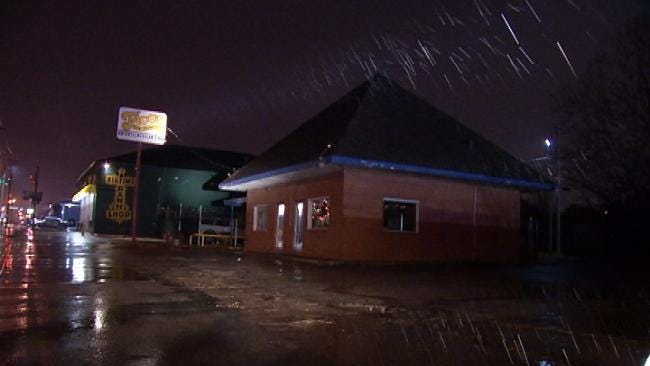 Tulsa Police are looking for a man who walked into a Mexican restaurant Wednesday evening and demanded money, fired his handgun, then left.

It happened at the Tacos Don Francisco restaurant in the 4000 block of East 11th.

Police say the man fired his gun into the floor when he became impatient with the owner who could not speak English. He then ran out the front door.

Tulsa Police say they had to wait for the owner's daughter to come to the restaurant to act as an interpreter.

Police say the gunman is Hispanic with a thin build, wearing dark clothing and a bandana over his face.