Florida State Uses Strong Second Half To Pull Away From Tulsa 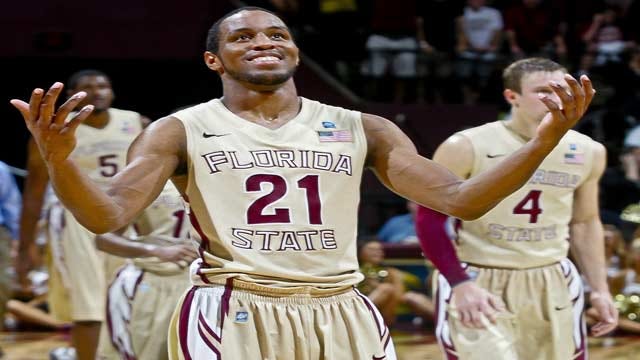 Pat Swilling, Jr., and Scottie Haralson each scored season highs with 19 and 17, respectively, but Tulsa fell to Florida State, 82-63, Saturday afternoon in the 2012 MetroPCS Orange Bowl Basketball Classic at the BB&T Center.

Haralson tallied all 17 points in the second half for the Golden Hurricane, which dropped to 7-6 on the season. Michael Snaer scored 19 points to lead four players in double figures for the Seminoles (8-4).

Swilling hit his career-high with five three-pointers and totaled 17 points in the first half, as the Hurricane held a 21-16 lead. TU led 27-22 with 5:34 left in the half, but the Seminoles retook the lead and made a jumper at the buzzer to take a 36-33 lead into the locker room.

Florida State used runs of nine, eight and seven points in the second half to outscore TU 46-30 and pull away to the 82-63 win.

The Golden Hurricane returns home for the first time in almost a month Wednesday, Jan. 2, when it plays host to Buffalo at 7 p.m. at the Donald W. Reynolds Center.

Florida State Uses Strong Second Half To Pull Away From Tulsa